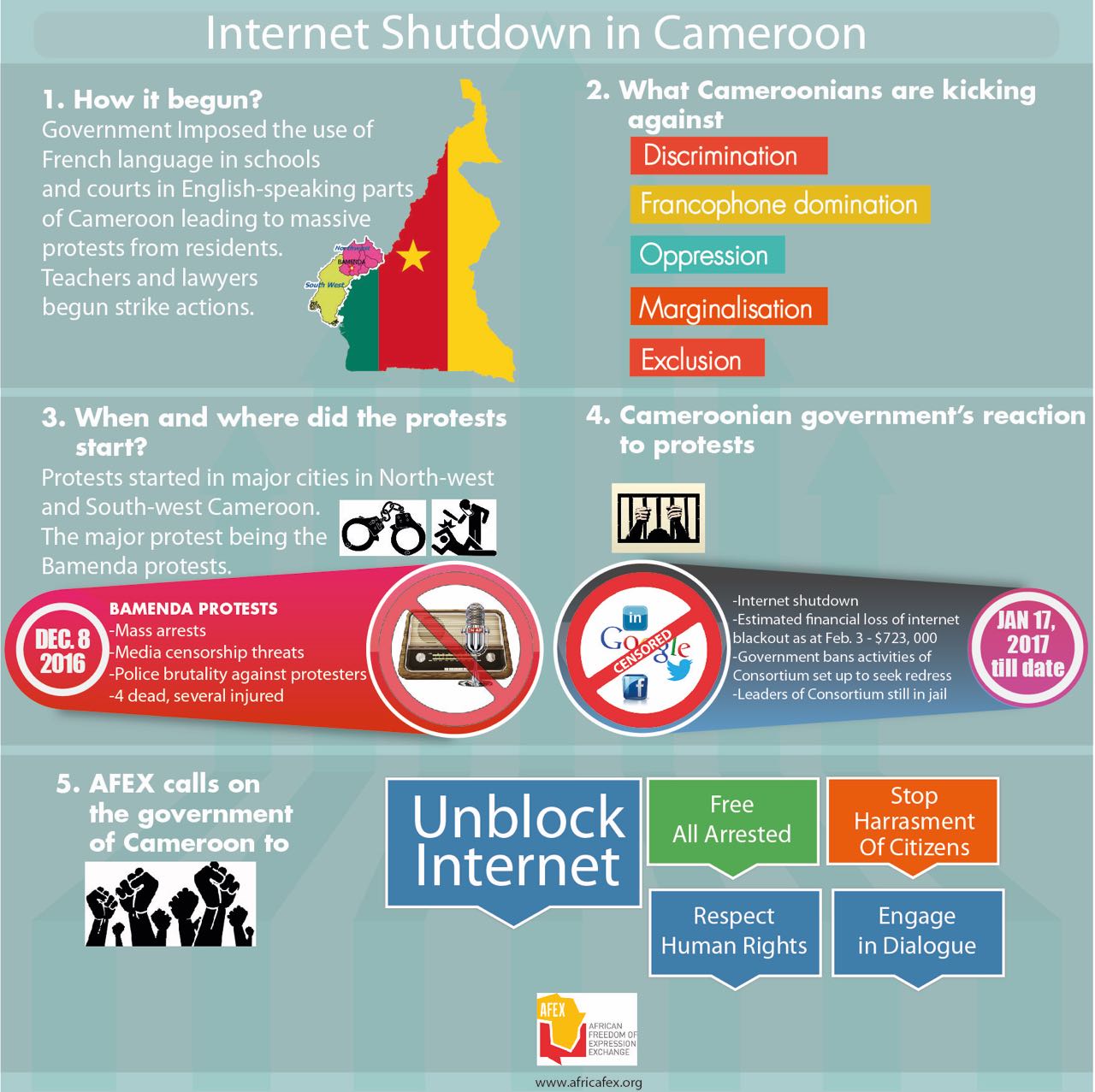 The African Freedom of Expression Exchange (AFEX) welcomes the restoration of internet connectivity in the North-west and South-west regions of Cameroon after 94 days of network shutdown.

The Ministry of Post and Telecommunications, on April 20, 2017 under the orders of  the President of Cameroon, Paul Biya, restored internet connection to the people of the two regions after three months of network disruption.

The government of Cameroon shutdown internet access in the two regions following protests against the government’s imposition of the use of French language in the two predominantly Anglophone regions.

Since protests erupted in November 2016, freedom of expression and human rights have been repressed by the Cameroonian government, four protesters have been killed and several others have been arbitrarily arrested and detained.

While welcoming the restoration of internet access in the two regions, AFEX also calls on the Cameroonian government to commit to promoting and protecting digital rights as network disruptions adversely affect people socially, psychologically, economically, educationally and politically. For instance, the 94 days of internet shutdown has deprived about 7 million citizens access to information and has resulted in the loss of about U.S. $ 4.5 million in a country with a per capita income of about $1,200.

The restoration of internet access should be the first step towards redressing all outstanding human rights violations in the two regions. AFEX therefore calls on the Cameroonian government to release all those who have been arrested and detained in connection with the protests and resort to dialogue.

AFEX takes this opportunity to commend all local, regional and international bodies and organisations, for being steadfast and actively engaged in the campaign for internet restoration in Anglophone Cameroon. The solidarity with the Cameroonian people and commitment towards campaigning against any form of network disruption is laudable and must be sustained.