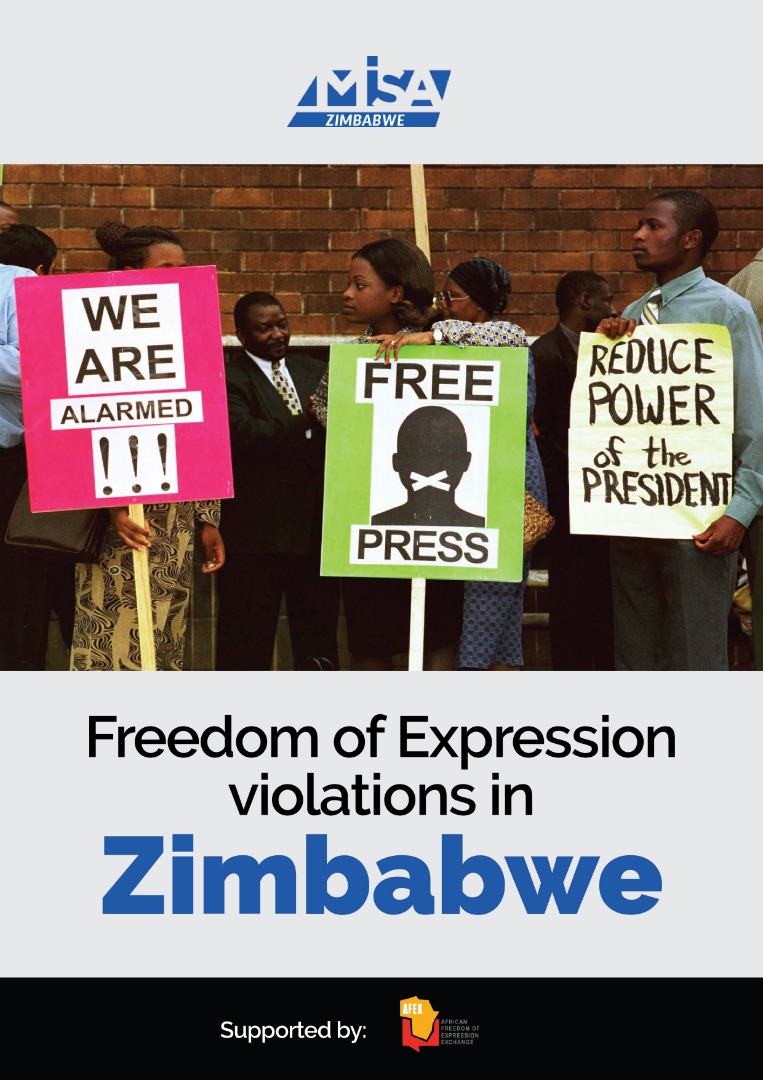 The African Freedom of Expression Exchange (AFEX) supports the recent call by its member, Media Institute of Southern Africa (MISA) Zimbabwe Chapter urging the Zimbabwe government to adopt laws that promote the safety of journalists working in the country. The call was made following the production of a report which highlights widespread impunity for attacks perpetrated against journalists.

The report revealed that over the past two and a half years (January 2017 – August 2019), Zimbabwean journalists, particularly those from the private media, work under persistent threats of harassment, illegal detention and, in some instances, physical assault. The perpetrators of these violations were mainly State security agents, politicians, political party affiliates and members of the public who are not happy with media reportage or coverage of issues involving them.

Sadly, despite recording an average 30 separate media freedom violations per year over the past two-half years, MISA Zimbabwe is yet to record a successful conviction of a perpertrator of media freedom violations. A majority of the attacks against journalists are left unpunished resulting in an increase of such violations as perpetrators feel emboldened to perpetuate these acts without any fear of reprisal.

This pattern of media freedom violations which was prevalent under the Mugabe-led government has extended into the current government.

AFEX and MISA Zimbabwe appealed to authorities to move forward with efforts to repeal the Access to Information and Protection of Privacy Act (AIPPA) as part of the media reform exercise. The AIPPA has been criticised as containing restrictive and repressive elements aimed at censoring journalists and media houses working in Zimbabwe.

While we commend the efforts made by the government to reform Zimbabwe’s repressive media laws, we will like to appeal to the authorities to ensure that the new laws adopted fulfill freedom of expression, priortise journalists’ safety and addresses impunity for crimes against journalists..

We further appeal to authorities to ensure that the media freedom laws under review must contain measures that strengthen the judiciary’s ability to prosecute press freedom violations to their logical conclusion. This must be prioritised given the fact that media freedom is a fundamental right that is protected by Section 61 of Zimbabwe’s national Constitution.

Protecting journalists’ safety is an important part of ensuring the legitimate exercise and enjoyment of media freedoms in Zimbabwe. Without a guarantee of their safety, journalists will be cowered into avoiding critical and relevant issues that would have contributed Zimbabwe’s democratic discourse.

Click here to read the full report: Freedom of Expression Situation in Zimbabwe – January 2017 to June 2019.