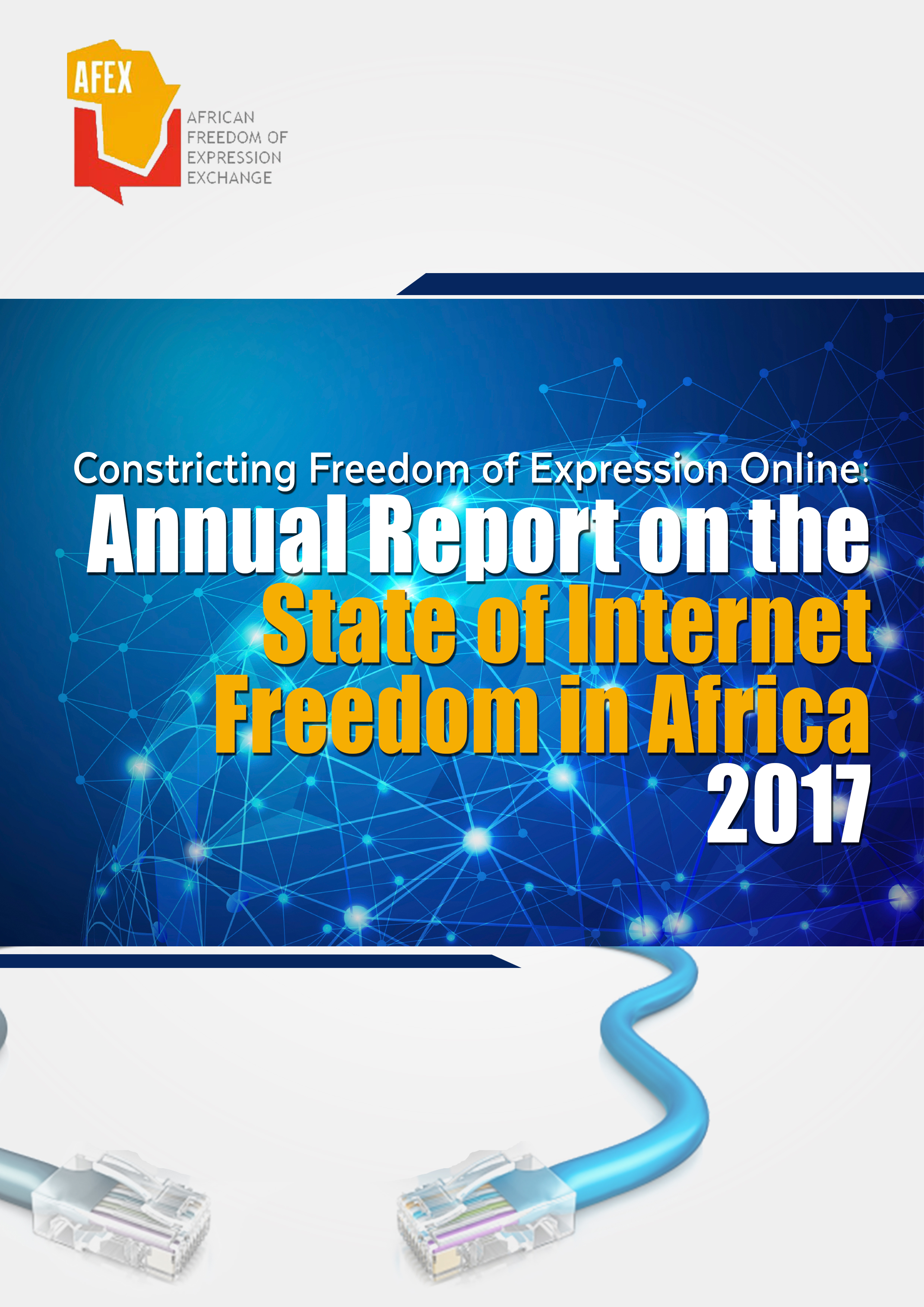 Accra, Ghana, Tuesday, 26 June, 2018:  Countries across Africa continued to witness progressive deterioration in the online environment in 2017 as a result of the activities of state and non-state actors restricting the right to freedom of expression and other human rights online, according to a report released today by the African Freedom of Expression Exchange (AFEX).

Although the study covered only 12 countries on the continent, the findings of the report titled: Annual Report on the State of Internet Freedom in Africa painted an unflattering picture of increased threats to Internet freedom from diverse sources in the countries studied.

However, two other major themes are also apparent from the report.  The first is the desire of citizens to have their voices heard on a broad range of governance and social issues resulting in greater expression of dissenting views, despite the daunting challenges.

Perhaps, buoyed by the need to create a counter-narrative to the harsh regulatory and policy environment, civil society actors were responsible for a marked increase across different countries in advocacy for digital rights and freedoms, with Nigerian civil society organizations providing clear leadership in this area. Their successful campaign in support of a Digital Rights and Freedom Bill, which is awaiting presidential assent, having been passed by the Nigerian National Assembly, is a key milestone.

Nine incidents of Internet blackout were recorded in seven countries with some countries such as Cameroon experiencing multiple shutdowns. Internet shutdowns were used especially during important events like elections, protests, terrorist attacks or national emergencies to silence dissent and critical voices as well as to curtail freedom of assembly and association rights.

Security agents, ruling and opposition politicians, media regulatory bodies and individuals were identified as the perpetrators of the majority of violations recorded. It was also observed that most of the victims of the various incidents of violations did not receive any form of redress.

Remarks critical of government officials or members of the ruling class were frequently the reason for the violations of the rights of citizens online. Often interpreted as attempts to incite the public against the ruling class, such expression of dissenting views was often greeted with high handedness from the political class.

Interestingly, individual members of the public were also found culpable in a lot of the instances of online rights abuse. Individuals initiated trolling, revenge pornography, hacking, threats and intimidation against others for exercising their rights to freedom of expression online.

For instance, although Ghana did not record incidents of government interference in online activities, individuals perpetrated a majority of the recorded violations against other individuals.

Nonetheless, the report noted that significant progress has been made in a number of countries on the continent towards safeguarding Internet rights and freedoms.

Kindly click here  to download a full copy of the Annual Report on the State of Internet Freedom in Africa 2017.