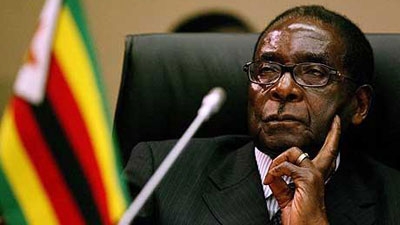 MISA Zimbabwe strongly condemns threats by President Robert Mugabe against the media made on 15 September 2015 while addressing guests at a luncheon hosted for him by the Ministry of Local Government, Public Works and National Housing.He was quoted in The Herald of 16 September 2015 as having said:

“…You are thinking how you can excite people who read so that they can buy your paper. No. The journalism we are experiencing is not the journalism we expect. If we begin to take control now, rigid control, people should not cry foul…”He made these remarks while expressing his displeasure at the media’s coverage and interpretation of indications of a planned launch of a new political party by former Vice President Joice Mujuru.

The threat underlines the dangers that continue to confront the media despite the adoption of a new constitution guaranteeing media freedom.

Clearly, it demonstrates that although there have been fewer cases of harassment of journalists in the recent past as compared to previous years, government can easily resort to  media repression at the slightest of opportunity using an array of undemocratic legislative instruments that remain at its disposal.

Besides, such blatant threats can potentially trigger extra-legal violation of media freedom by political activists, who in the past have – with impunity – harassed and beaten up media practitioners as well as torched and barred from circulation media products they deemed reflected badly on their political parties and leaders.

MISA-Zimbabwe therefore calls on the country’s leadership to exercise restraint and desist from issuing such threats, which are not only in conflict with the letter and spirit of the constitution but inherently border on incitement to media freedom violations.

There are available civil remedies that President Mugabe, government officials and indeed ordinary members of the public can pursue when aggrieved by the media. Seeking redress through the Voluntary Media Council of Zimbabwe is one such avenue.

—
MISA is a regional non-governmental organisation with members in 11 of the Southern Africa Development Community (SADC) countries. Officially launched in September 1992, MISA focuses primarily on the need to promote free, independent and pluralistic media, as envisaged in the 1991 Windhoek Declaration.
Previous Article
Next Article