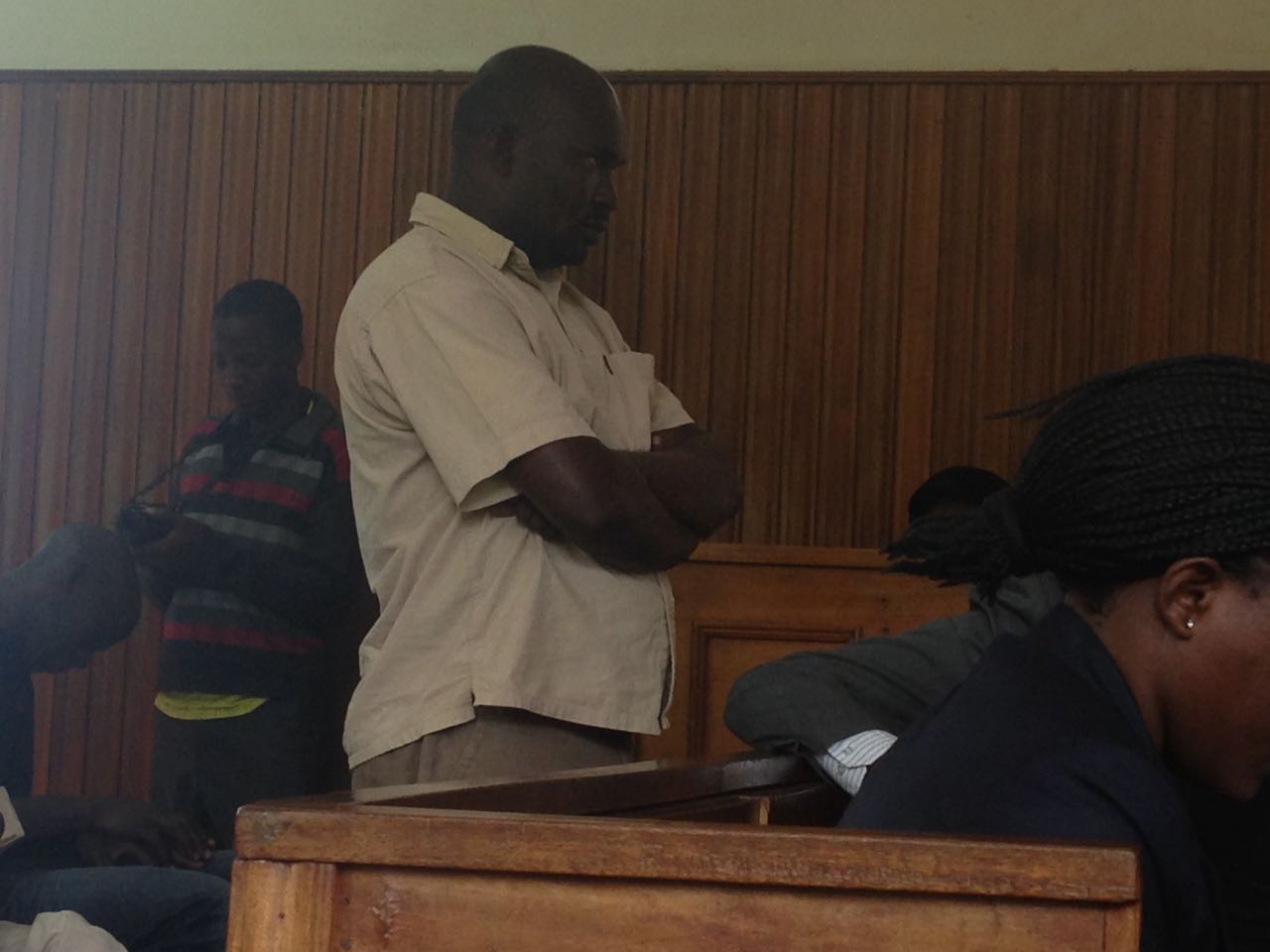 Eddie Ssansa standing in the dock during the court judgment Photo credit:Eddie Bindhe

The African Freedom of Expression Exchange (AFEX) and its member, the Human Rights Network for Journalists in Uganda (HRNJ-Uganda) welcome the conviction of a ruling party politician for assaulting a female journalist.

According to HRNJ-Uganda, a Grade I Magistrate, Aisha Nabukeera who presided over the case sentenced Mr. Luwaga to a suspended custodial sentence of twelve months, with a UGX 500,000 (USD 150) fine. She also ordered Mr. Luwaga to pay UGX 2,000,000 (USD600) as compensation to Ms. Nakawooya much to the relief of the fully packed audience, mostly journaliss.

A suspended custodial sentence is one in which the convict does not actually serve the sentence unless he commits a similar offence within the period of probation.

In passing her judgement, Ms. Nabukeera condemned the recent wave of attacks on journalists in Uganda.

“I have noticed with great concern that there are rampant attacks on journalists going on in this country, yet these are poor men and women who are just doing their job. So when they report and prove their cases, courts should protect them by punishing the offenders irrespective of their status, colour, sex, race, religion or tribe…” she said.

Speaking after the judgment, Ms. Nakawooya told HRNJ-Uganda that she was happy that justice had been delivered to her. “This should serve as a lesson to all those that have continued to take the law in their hands. I am happy with the judgment”

The incident dates back to October 28, 2015 when Mr. Luwaga slapped Ms. Nakawooya, smashed her Samsung cell phone, and fondled her breasts, accusing her of provoking him during an interview at the Masaka Regional Police headquarters.

The HRNJ-Uganda National Coordinator Robert Ssempala told journalists at the Masaka court that he was happy with the judgment. “This victory means a lot in our bid to pursue justice for victim journalists. There are so many other similar cases at police and in court which we are hopeful will be won in the same way. Impunity must be fought at all times. Journalists must be protected to do their work. This conviction is timely” Ssempala said.

AFEX welcomes the decision of the court as well as the determination of the journalist to pursue the case to its logical conclusion. We are confident this will serve as a deterrent to other perpetrators of attacks against journalists.