HomeAttacks2015: Another Tragic Year for Freedom of Expression in Somalia
Attacks

2015: Another Tragic Year for Freedom of Expression in Somalia 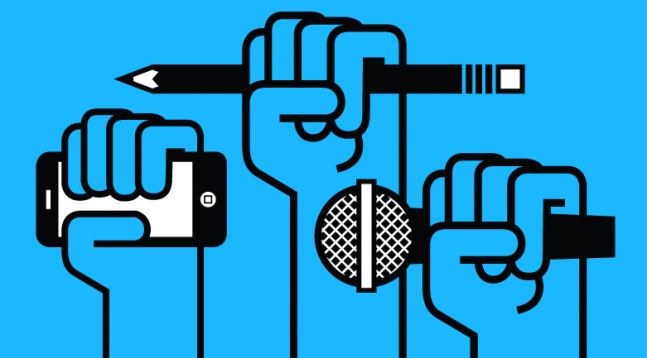 This article was originally published by NUSOJ on January 1, 2016

The National Union of Somali Journalists on January 1, 2016 unveiled the state of the media report for the year 2015 which, as usual in recent times, was dominated by violent hostilities against journalists and an oppressive climate that undermines basic freedoms and rights of independent media.

Killing of journalists was the commonest feature, with six journalists targeted in gun attacks or in suicide-bombing, directly and by vehicle-borne improvised explosive device (VBIED). Most of these attacks happened in the capital Mogadishu with only one occurring outside in Baidoa. The Al-Shabaab terrorist group claimed responsibility for all of these murderous attacks.

A unique story in these killings has been the fate of orphaned children. In Baidoa, Daud Ali Omar and his wife, both journalists, lost their lives, leaving behind young children. When Hindiyo Haji Mohamed died, her children lost both parents as her husband, another journalist, was killed earlier in 2012.

Another salient feature has been the unrelenting state of apprehensions of journalists, following a wave of arbitrary arrests. 25 journalists were arrested in Mogadishu, Dhusamareb, Bossasso, Garowe and Berbera. Courts used provisions in the Somali penal code to keep journalists in jail on the basis of trumped-up and politically-motivated charges. Some were detained without charges for periods beyond the maximum 48-hr before being released or put before court. The Federal Government as well as authorities in Puntland and Somaliland, and the Ahlusunah Waljama armed group have all been responsible for arresting and jailing journalists.

Six radio stations were attacked and closed down because authorities wanted to silence them. Authorities usually punish media houses by closing them to serve as a deterrent to others who openly criticise their actions.

The final feature of 2015 has been the latest attempt by the Federal Parliament to shackle the media through the promulgation of the controversial media laws. Although some clauses initially endorsed by the Council of Ministers were removed during the debates in parliament, many still constitute a serious threat to press freedom – empowering courts to compel journalists to reveal confidential sources, forcing newspapers to register and be licenced, eroding the independence of the Somali Media Committee, raising the qualification bar for journalist to enter the profession by demanding a university degree in journalism and requesting journalists to be registered at the Ministry of Information before being recognised . Worse still, the law will give the Ministry of Information power to police journalism by setting professional code of ethics for journalists.

“Throughout the past 12 months, Somali media have come under relentless assaults from many sides – locked up by authorities, murder of journalists by non-state actors and terrorists, self-censorship and now crude attempt at control by political forces,” said Omar Faruk Osman, NUSOJ Secretary General.

Recalling the momentous events in Somalia in 2012, the deadliest year for Somali journalists ever, in the wake of elections and change of government, NUSOJ Secretary General Omar Faruk Osman added: “We urge the authorities to discharge their duty to protect journalists’ safety, refrain from retaliatory acts against journalists because of their work and, given that 2016 is election year, ensure that they are left to do their jobs in safety. A true unfettered journalism is an essential element of a free democracy”.

Detailed report on Somalia’s State of Press Freedom in 2015 will soon be published by NUSOJ.