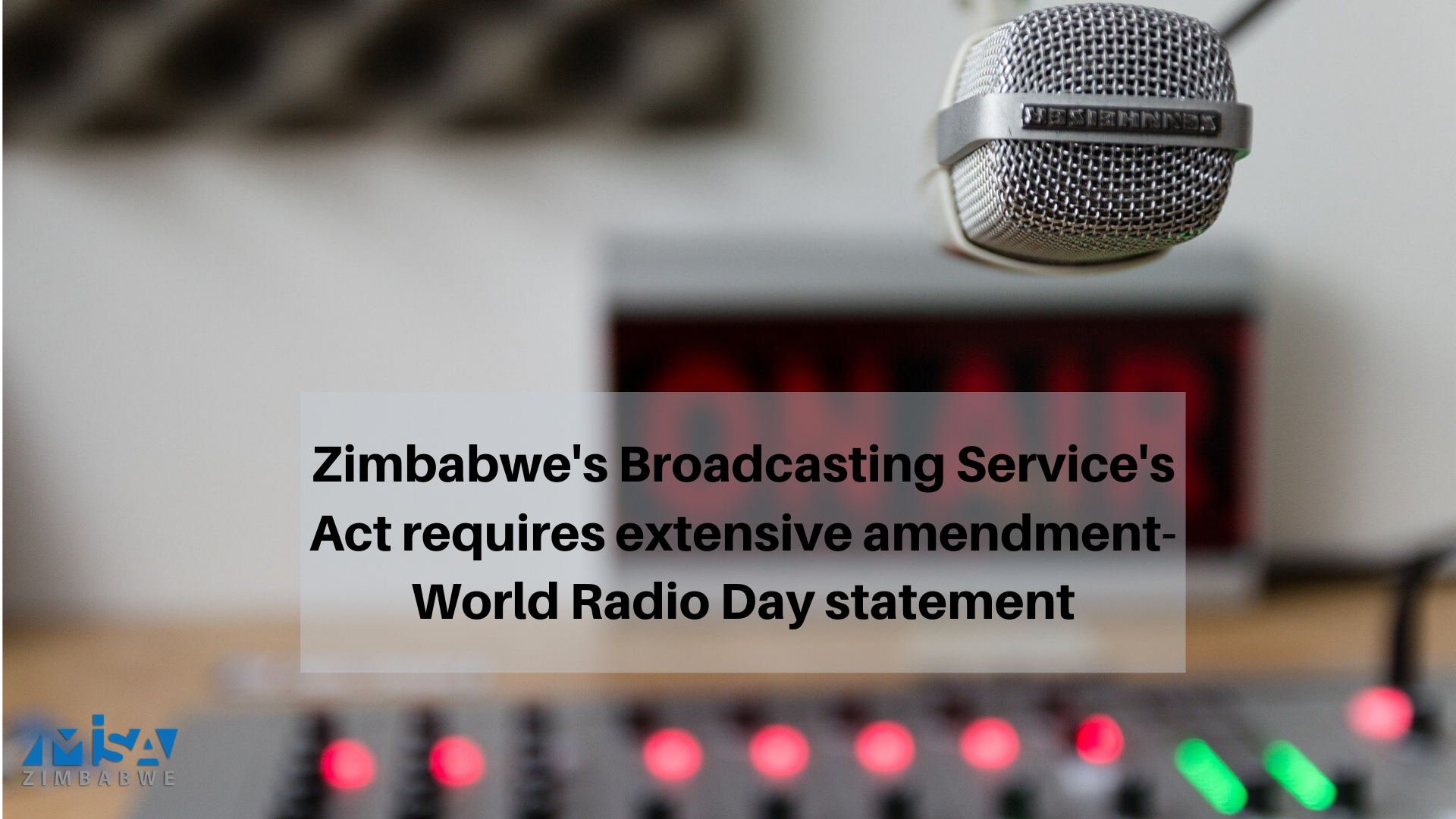 MISA Zimbabwe on the occasion of the commemorations of World Radio Day on 13 February 2020 urges the government of Zimbabwe to urgently prioritise the transformation of the Zimbabwe Broadcasting Corporation (ZBC).

In that regard, SI 26 seeks to define and provide preliminary guidelines required for the roll-out of Digital Terrestrial Television Broadcasting Services in Zimbabwe. The Regulations contained in this Statutory Instrument apply to terrestrial television broadcasting licensees, signal carrier licensees and suppliers of television receivers.

A popular example of a digital broadcasting service is Multichoice’s DSTV service. Similarly, once the Zimbabwean digital migration process is complete, viewers will have to require set-top boxes or decoders to access television programming.

However, it is common cause that ZBC has so far failed to generate content for the current single television-broadcasting channel it is utilising, as evidenced by the following key challenges:
• Lack of quality, independent programming that contributes to a plurality of opinions and an informed public.
• Lack of comprehensive news and current affairs programming, which is impartial, accurate and balanced.
• Lack of wide range of broadcast material that strikes a balance between programming of wide appeal and specialised programmes that serve the needs of minority audiences.
• Limited coverage to serve all the people and regions in the country.
• Poor educational programmes and programmes directed towards children.
• Limited support for local programme production, through minimum quotas for original productions and material produced by independent producers.

To, therefore, allocate an additional six channels to ZBC given its current state of affairs, and without implementing its long-overdue transformation, would only serve to perpetuate ZBC’s failure to fulfil its public service mandate.

Meanwhile, the government should revisit the current licensing regime as characterised by the prohibitive fees which pose as barriers to local commercial and private players that have an intention to take part in the media and broadcasting sector.

These fees should be reviewed in line with Section 61 (3) of the Constitution which states:

Broadcasting and other electronic media of communication have freedom of establishment subject only to State licensing procedures that-
(a) are necessary to regulate the airwaves and other forms of signal distribution; and
(b) are independent of control by government or by political or commercial interests.

The licensing fees as gazetted, technically take away the right and freedom of establishment as they are beyond the reach of many, especially in the areas of content creation and aggregation as well as community radio broadcasting.

In undertaking these measures, the government should, therefore, be guided by its pledges and commitment to implement democratic media law and policy reforms.

MISA Zimbabwe, therefore, urges the government to move with speed to review and extensively amend the Broadcasting Service Act and ensure compliance with the Constitution and other regional and international instruments such as the African Charter on Broadcasting.