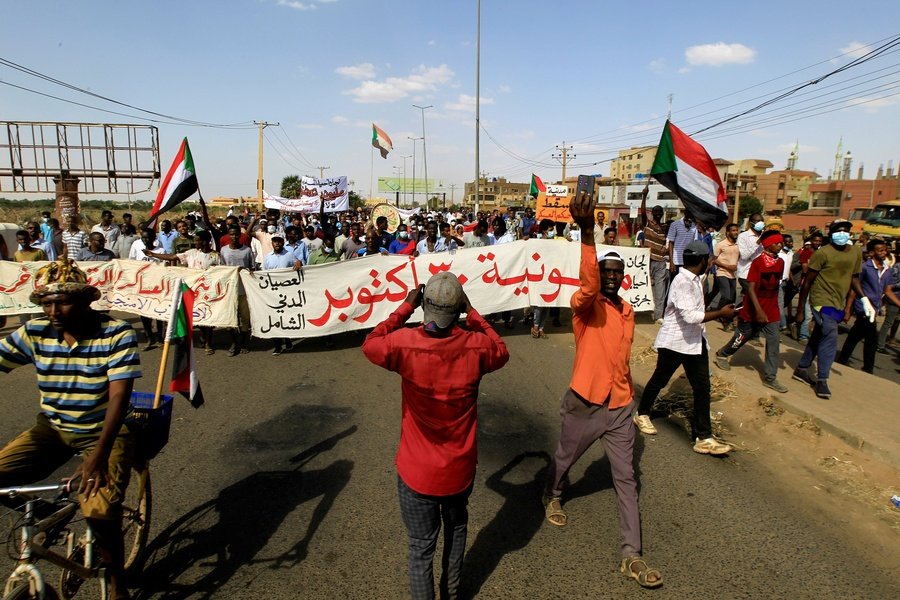 The African Freedom of Expression Exchange (AFEX), urges the military junta in Sudan to release the manager of the state broadcaster, Maher Abugoukh, stop the attacks of their sympathizers against the media and journalists, and keep the internet open and accessible.

On October 25, the world witnessed a military coup in Sudan, the fourth on the continent this year. On the eve of the coup, some military officers raided the state radio and television broadcasting headquarters, in Khartoum, and arrested several media workers, after cutting off the broadcasting signal. The military men also arrested Maher Abugoukh, a manager of the Sudanese state broadcaster in his house. Abugoukh has since been detained in an unknown place. The reason for his arrest has also not been disclosed.

However, Abugoukh is known to be a fierce critic of military interventions and a staunch democrat. According to CPJ, Abugoukh recently criticized the military in a live television and radio show which was also published online.

On October 23, the supporters of the former President Omar al-Bashir stormed the headquarters of the private news agency Sudan News Agency (SUNA) and disrupted a press conference organised by a coalition of civil society groups.

During the assault, one journalist of SUNA, Al-Ahmadi Farah, was physically assaulted. As a result, he sustained severe injuries for which he received medical care.

On the same day, Marwan Negm el-Din, a journalist working with the Al-Jazeera, was prevented from covering the demonstration by supporters of the military. The hoodlums seized El-Dine’s phone while covering their demonstration.

During the military coup, there were reports of internet shutdown and disruption of social media platforms as part of attempts to frustrate pro-democracy demonstration and control of access to information.

In March, a failed military coup attempt was reported. This military coup adds to a string of military men taking over on the continent in 2021. On September 5, a group of military men in Guinea ousted the autocratic President Alpha Conde. In Mali, a military junta ousted President Ibrahim Boubacar Keita on August 18, 2020. The military came back on May 24 and arrested Bah Ndaw and Moctar Ouane, respectively, Transitional President and Prime Minister of Mali.  In Chad, a military takeover occurred in April 2021, following the killing of President Idriss Deby Itno by the rebels’ group.

Military taking over power come often with abuse of human rights, particularly attempts to clamp down on media and freedom of expression.  While this seems to have been not the case in the recent military takeovers in Guinea or Mali, in Sudan, several protesters were killed and others injured. Journalists have also borne the brunt of military brutalities.

AFEX condemns the series of attacks on media houses and journalists as a blatant attack on freedom of press and expression. We are of the view that diversity of views is important in nation-building and journalists and the media play a critical role in that regard. Resorting to attacks on freedom of expression smack of political frustrations, and undermines public legitimacy of any government that carry out violations or sanction such a fundamental human right.