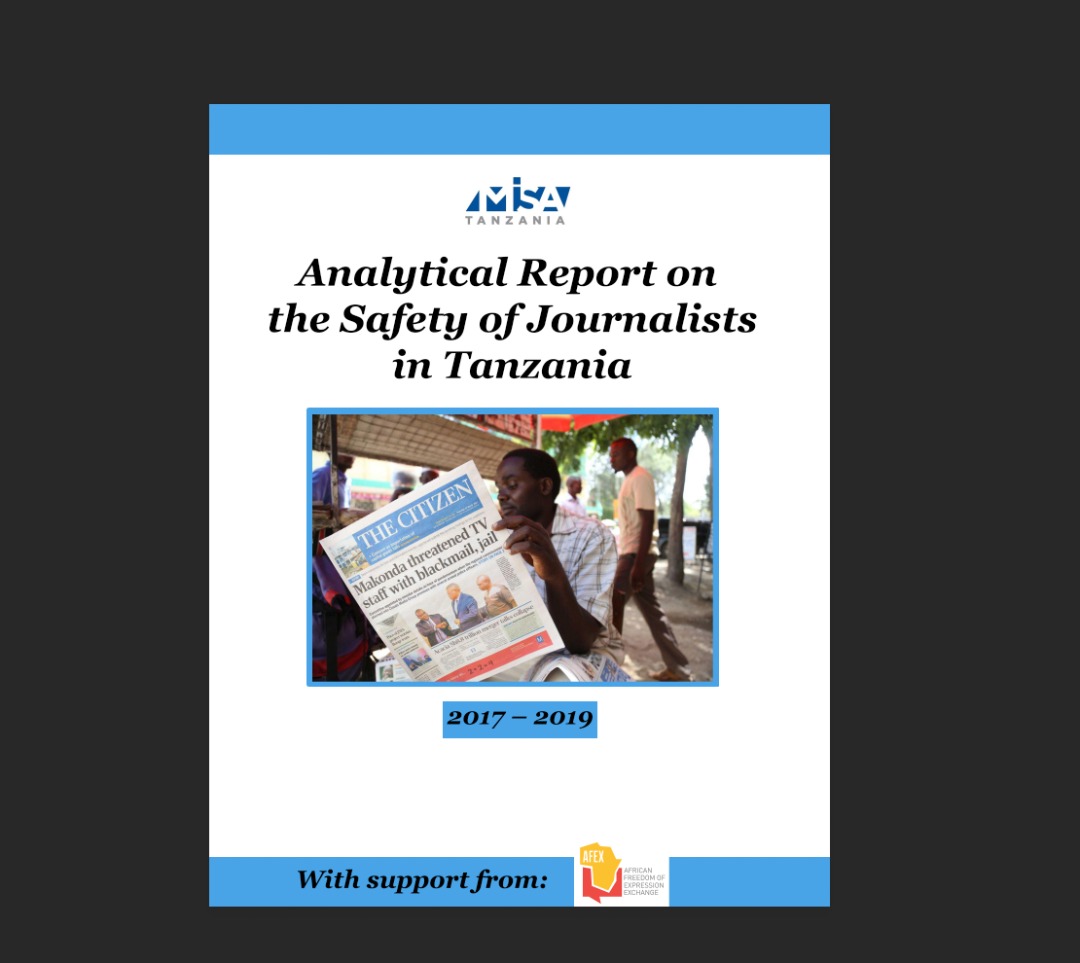 The Analytical Report on the Safety of Journalists in Tanzania – 2017 to 2019 produced by  the Media Institute of Southern Africa (MISA Tanzania) documents the state of freedom of expression (FOE) and safety of journalists’ situation in Tanzania for the past two years; from September 2017 to June 2019. In addition, this report identifies and highlights incidents of violations or attacks against journalists in particular, that have been recorded in Tanzania. Attacks against journalists or dissidents breeds a culture of fear and insecurity in every democratic society.

Generally, the state of freedom of expression and that of media in Tanzania has deteriorated in the past two years. Tanzania has consistently dropped down in the World Press Freedom Index from 83rd position in 2017 to 118 in 2019[1]. Unfriendly provisions in the legal frameworks also remain the main cause of the shrinking space for free expression and press freedom in the country. For example, the enactment and implementation of Media Services Act of 2016; Cyber Crimes Act of 2015; Statistics Act of 2015, Access to Information Act of 2016 and related regulations such as Electronic and Postal Communications Act, Online Contents Regulations 2018, harbor unfriendly provisions that create unfavorable conditions for journalists and media to freely exercise their rightful obligations both offline and online.

Kindly click here to access the full report on the Analytical Report on the Safety of Journalists in Tanzania – 2017 to 2019.

This report was produced with support from the African Freedom of Expression Exchange (AFEX) as part of the its campaign to promote safety of journalists and combat impunity in Africa.  Similar reports will be produced and publicised by AFEX and its member organisations in eight other African countries including Cameroon, DRC, Ghana, Guinea, Nigeria, Uganda and Zimbabwe.