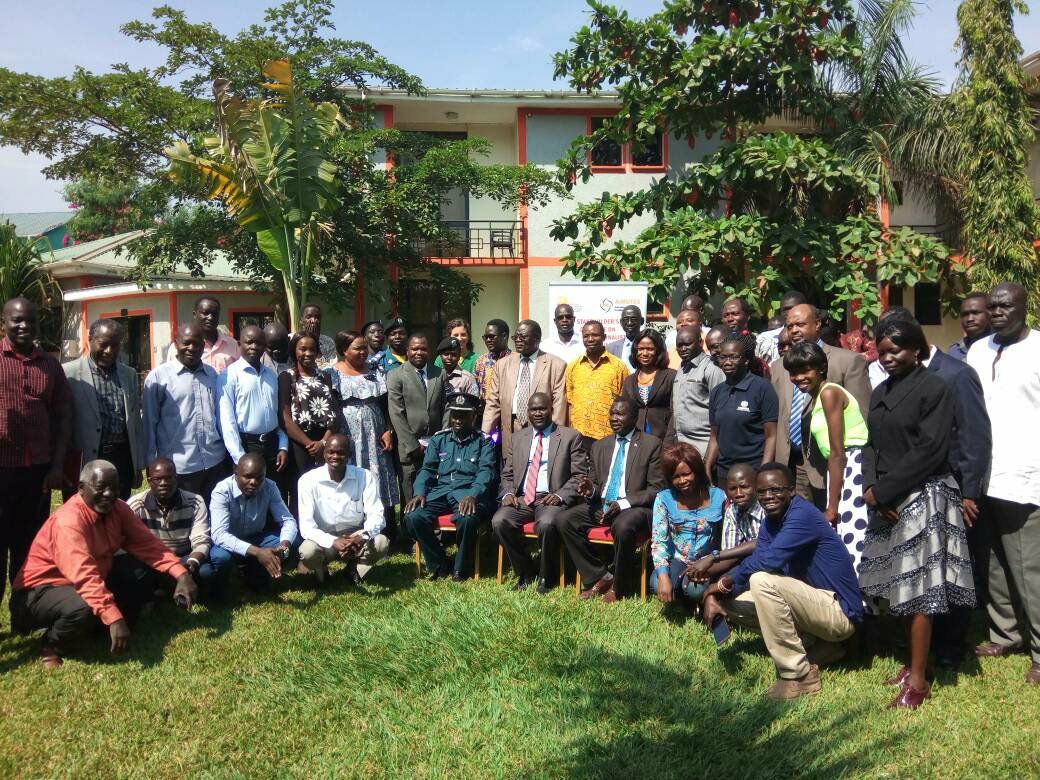 A one-day Stakeholders’ Dialogue on the Safety of Journalists and the Issue of Impunity was held in Juba, South Sudan, on Monday, December 11, 2017. The Dialogue was organised by the African Freedom of Expression Exchange (AFEX), in collaboration with one of its members, the Association for Media Development in South Sudan (AMDISS) as part of activities to commemorate the 2017 International Day to End Impunity for Crimes Against Journalists (IDEI). It was funded by the Toronto-based global network of freedom of expression organizations, IFEX, and the Norwegian People’s Aid.

The Dialogue brought together key stakeholders including media practitioners across the print, broadcast and online sectors; representatives of civil society organisations; representatives of various agencies within the Government of South Sudan such as the Ministry of Information, Telecommunications and Postal Services, the Ministry of Interior,  and the Media Authority; international organisations and development partners in South Sudan; as well as AFEX members from some African countries.

At the end of the Dialogue, participants adopted following communique and called on the Government of South Sudan and all other governments in Africa to rigorously implement the recommendations contained in it to improve the safety of journalists and check impunity for crimes against journalists.

The participants expressed deep concern about the increased challenges of safety of journalists and prevailing climate of impunity for crimes against journalists and media houses in South Sudan as well as other parts of Africa.

They observed that journalists and other media professionals across the globe continue to face attacks such as torture, enforced disappearances, arbitrary arrests and detention, expulsions, physical assaults, intimidation and harassment, threats, killings, and other forms of violence, noting that the safety of journalists and eradication of impunity for crimes against journalists constitute a prerequisite for the exercise and enjoyment of the rights to freedom of expression and media freedom.

The participants stressed that such attacks on journalists both globally and across the African continent, interfere with their watchdog role, especially as many of such attacks, which  are perpetrated by security agents, state officials, or individuals, are usually left unpunished;

They noted that such attacks against journalists and other media professionals often lead to self-censorship, which is dangerous for the effective functioning of any democratic society;

The participants stressed that States, including in Africa, have a responsibility under various regional and international frameworks to protect the safety of journalists and ensure that attacks against them do not go unpunished;

They therefore welcomed recent measures being taken at regional and international levels to address the situation, including the adoption of the United Nations Plan of Action on the Safety of Journalists and the Issue of Impunity, in which UN agencies, funds and programmes have been invited to work with UN Member States to ensure a free and safe environment for journalists and media workers in both conflict and non-conflict situations, with a view to strengthening peace, democracy and development worldwide;

The participants agreed that low levels of capacity within the media on the subject of professionalism and conflict-sensitive reporting, how to respond to violent attacks against journalists, especially female practitioners, the existence of draconian laws, the continued interference by government officials and agencies in professional matters concerning the media, among other factors, are also major challenges confronting journalists in Africa.

AFEX urges the Government of South Sudan and all governments across the continent to implement the aforementioned recommendations where applicable towards ensuring reduced incidents of attacks against journalists and media professionals and an overall improved media environment in their respective countries.

Stakeholders present at the Dialogue included representatives from:

Specialized Standing Committee on Information of the Parliament

Development Partners and the Diplomatic Community