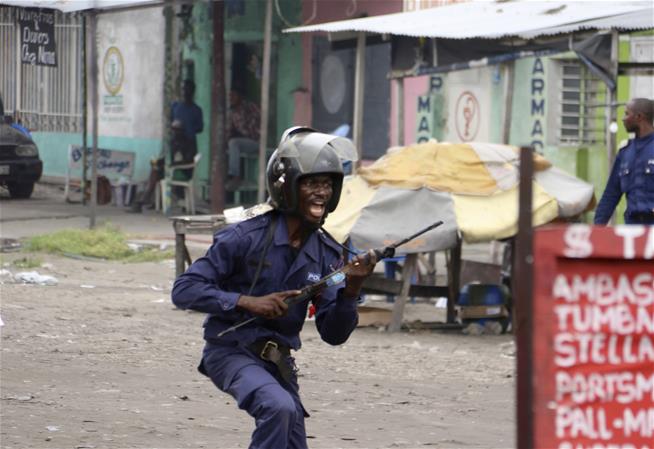 The African Freedom of Expression Exchange (AFEX) bemoans the crackdown on freedom of expression, access to information and freedom of assembly rights of citizens by the government of the Democratic Republic of Congo (DRC) and urges authorities to uphold such rights.

According to the media reports, security forces on December 31, 2017 shot and killed at least seven protesters while several others were arrested during anti-government demonstrations in the capital, Kinshasa after activists of the Catholic Church defied a police ban and held demonstrations against President Joseph Kabila’s refusal to step down from office since his presidential term ended in December 2016.

The Congolese government has also authorised a complete nationwide Internet shutdown and disruption of SMS services a day before the protests (December 30) citing ‘security reasons’.

AFEX calls on the Congolese government to refrain from violating the fundamental rights of citizens which are  enshrined in the country’s Constitution and in other international frameworks to which DRC is signatory.

The use of excessive force by security agents against protesters and the resort to Internet blockage to quell protests in the central African country in the last two years is on the increase.

On September 19, 2016, security forces shot and killed about 50 protesters including three police officers during deadly demonstrations in capital city Kinshasa and other cities in DRC. Four months later in December 19, 2016 – the eve of the day President Kabila was supposed to step down, the government shut down social media platforms including Facebook Internet across the country.

Elections which were scheduled to take place in 2016 have been postponed on two occasions leading to widespread dissatisfaction and increased demand for President Kabila to vacate.

AFEX strongly condemns the Congolese security agents for using lethal force against demonstrators resulting in the reported deaths of citizens. We call on the government as a matter of urgency to find a lasting solution to the political stalemate in the country and to take steps to protect the fundamental human rights of its citizens including the safeguarding of their safety and security.

We also denounce the increasing use of Internet shutdowns by African governments to stifle expression and repress protests in contravention of provisions of national, regional and international frameworks. AFEX urges the Congolese government to restore the Internet to enable citizens’ exercise their right to freedom of expression and access to information.