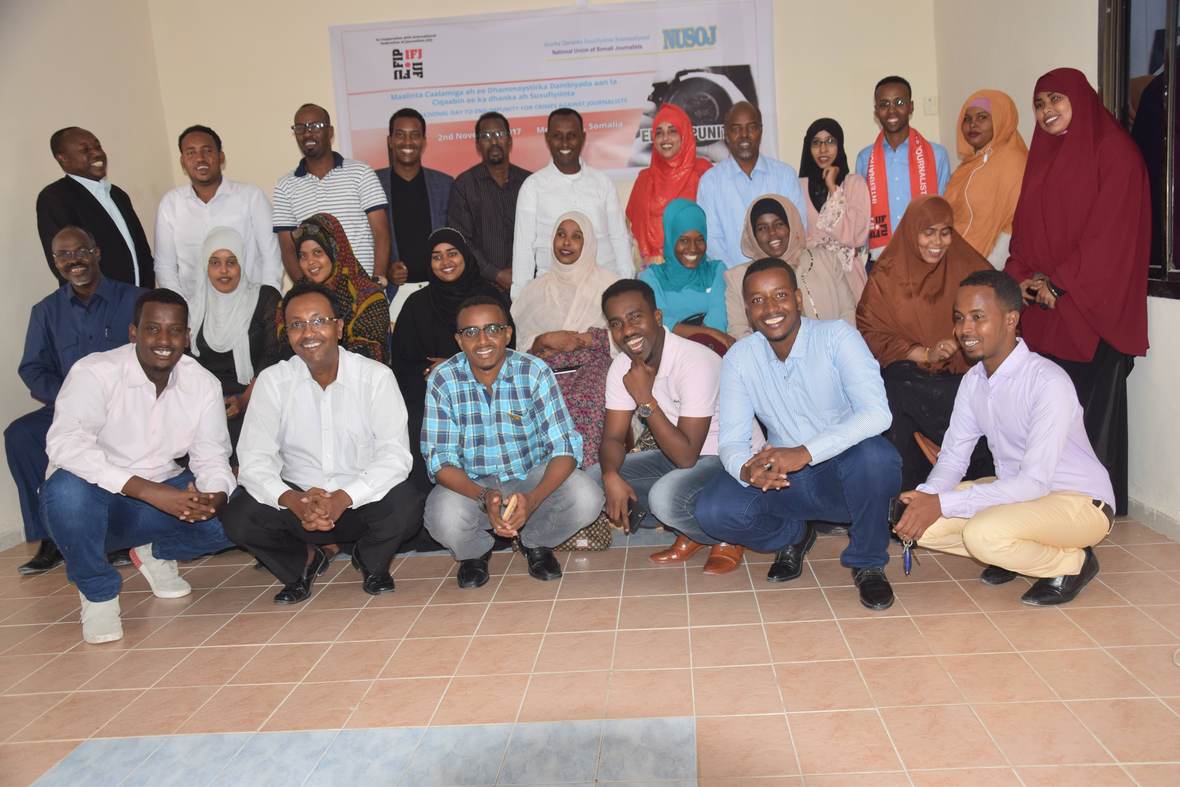 This statement was originally published on nusoj.org on November 2, 2017.

“Killing a journalist has become the easiest and best possible option for those who want to silence journalists, because perpetrator believes he would not be held accountable for this horrific killing. We’d hold our government primarily responsible for the cases of impunity, since it is primary duty bearer of the security of citizens. Full force of the law applies to as. There must be no stone left unturned, no case left un-investigated and prosecuted” said Farah Lamaane, treasurer of NUSOJ, who spoke about the significance of the day.

Abdi Adan Guled, acting president of NUSOJ supreme council, narrated how the practice of impunity is wide in Somalia. He provided classical example of impunity case that happened to him last year. “I was detained unlawfully for couple of days. Government forces destroyed the property of our newspaper, and we were harassed without giving any explanation. I was ultimately released without any charge against me and no one was held responsible in the government for such an abuse of power and destruction of properties” said Guled.

“Journalists in Somalia continue to be targeted precisely because of the performance of their legitimate journalism or freedom of expression activities. Impunity remains the main challenge for the protection of journalists, and as such should be a priority for all branches of the Government” added Guled.

“Female journalists are not spared from the deadly violence. But we also see cases of sexual harassment in the media committed by both those in government or private employers to use women journalists as sexual objects” said Nimo Hassan. “If the abuser is in a powerful position what would poor female reporter do to protect her from sexual harassment”.

NUSOJ recorded 40 journalists who were killed in Somalia from 2012 to 2017. Declarations of investigations of such killings by the Federal Government failed to lead to prosecution of suspected criminals, hence the flourishing impunity of crimes against journalists.

Journalists attending the commemoration collectively called on the Federal Government of Somalia to carry out a fair, independent and impartial investigation into killings and other attacks on journalists, and to address the prevailing impunity that permits such attacks against journalists to happen.