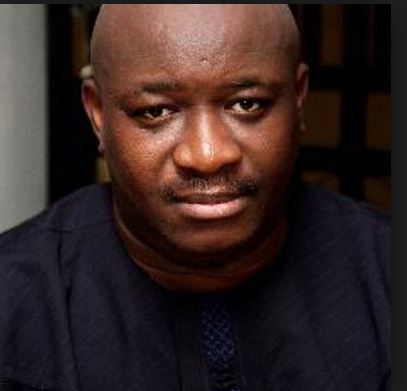 The Chair of the African Freedom of Expression Exchange (AFEX), Mr. Edetaen Ojo has called on governments across the globe to respect international frameworks on safety of journalists and issue of Impunity. The remarks were made on his behalf by the Coordinator of the AFEX network, Ms. Felicia Anthonio, during a one-day Stakeholders’ Dialogue on Journalists’ Safety in South Sudan on December 11, 2017. The Dialogue is part of a series of activities put in place by AFEX to mark this year’s International Day to End Impunity for Crimes Against Journalists (IDEI) which was rescheduled to Human Rights Day which was celebrated globally on December 10, 2017.

Read full text of the statement below:

Let me start by apologizing for my inability to physically attend this very important Dialogue.  I truly regret not being able to participate personally as I had planned to.  This event was originally planned to hold on November 2, which is the United Nations designated International Day to End Impunity for Crimes Against Journalists (IDEI).

Unfortunately, due to a combination of several factors, it could not hold at that time and had to be rescheduled.  Regrettably, although the parties concerned agreed that this was the most viable time for it to take place, in view of a variety of other activities on the continent and globally, I was already committed to another international meeting which had been scheduled several months ago and for which I had already confirmed my participation.  I therefore hope that you will accept my sincere apologies for not joining you physically today.

I am however very pleased that we are able to hold this event and thank our member, the Association for Media Development in South Sudan (AMDISS) and other partners and stakeholders for their efforts in ensuring that the event becomes a reality.

As we all know, the media community is under relentless attack.  Not just in South Sudan or in Africa, but globally.  Such attacks include killing, torture, enforced disappearance, arbitrary arrest and arbitrary detention, expulsions, intimidation, harassment, threats and other forms of violence.

The situation has rightly elicited concern within the international community and a series of measures are being taken to address the situation.

For instance, on April 12, 2012, the United Nations System Chief Executives Board for Coordination endorsed the UN Plan of Action on the Safety of Journalists and the Issue of Impunity, in which United Nations agencies, funds and programmes were invited to work with UN Member States to ensure a free and safe environment for journalists and media workers in both conflict and non-conflict situations, with a view to strengthening peace, democracy and development worldwide.

The Office of the UN High Commissioner for Human Rights has also compiled a report on good practices concerning the safety of journalists, which it submitted to the UN Human Rights Council at its 24th session.

These are just a few of the steps that have been taken by the international community to address a global problem which is very visible in Africa and on which we hope that African leaders will play a prominent role in finding effective solutions.

Just last month, the Third Committee of the UN General Assembly adopted by consensus, without a vote, resolution A/C.3/72/L.35 on “The safety of journalists and the issue of impunity”. The same resolution is expected to be adopted by the General Assembly before the end of the year.  In the resolution, the UN is urging its Member States “to do their utmost to prevent violence, threats and attacks against journalists and media workers, to ensure accountability through the conduct of impartial, speedy, thorough, independent and effective investigations into all alleged violence, threats and attacks against journalists and media workers falling within their jurisdiction, to bring perpetrators, including those who command, conspire to commit, aid and abet or cover up such crimes to justice, and to ensure that victims and their families have access to appropriate remedies”

The resolution also calls on States to create and maintain, in law and in practice, a safe and enabling environment for journalists to perform their work independently and without undue interference, including by means of:

(b)     supporting the judiciary in considering training and awareness-raising and supporting training and awareness-raising among law enforcement officers and military personnel, as well as among journalists and civil society, regarding international human rights and international humanitarian law obligations and commitments relating to the safety of journalists, including with a strong focus on gender-based discrimination and violence against women journalists, as well as the particularities of online threats and harassment of women journalists;

(c)        regular monitoring and reporting of attacks against journalists;

(d)       collecting and analysing concrete quantitative and qualitative data on attacks or violence against journalists, that are disaggregated by, among other factors, gender;

(f)        dedicating the resources necessary to investigate and prosecute such attacks and to develop and implement gender-sensitive strategies for combating impunity for attacks and violence against journalists, including by using, where appropriate, good practices such as those identified in Human Rights Council resolution 33/2; and

(g)        putting in place safe gender-sensitive procedures and reparations in order to encourage women journalists to report attacks against them and providing adequate support, including psychosocial support, to victims and survivors.

The resolution also calls on States to ensure that measures to combat terrorism and preserve national security or public order are in compliance with their obligations under international law and do not arbitrarily or unduly hinder the work and safety of journalists, including through arbitrary arrest or detention or the threat thereof.

These are some of the responsibilities which South Sudan and other countries on the African continent and, indeed, around the world now have with respect to the ensuring the safety of journalists and combating the problem of impunity in this regard.

It is a matter of great regret that journalists across the African continent continue to face challenges that interfere in their watchdog role and that major perpetrators of the attacks against journalists frequently include security agents, state officials, or individuals.

It is in response to this situation that members of AFEX have convened this important meeting to discuss how we as stakeholders can contribute in promoting the safety of journalists’ situation and tackling impunity in South Sudan and across Africa.

We will note down all the suggestions and concerns raised during this meeting and together we will deliberate on how we can ensure that journalists and media professionals are free to carry out their duties.

Obviously, this is an important conversation that will continue well beyond this meeting.  Next year, the annual World Press Freedom Day celebrations on May 3 will come back to Africa, the place of its birth, as UNESCO hosts the main global activities in Accra, in collaboration with the Government of Ghana.  These conversations are certain to continue at this global gathering of key stakeholders from around the world.

In closing, I would like to thank the Toronto-based global freedom of expression network, IFEX, and the Norwegian People’s Aid for supporting this programme. I also want to thank the Government of South Sudan for creating the environment for this Dialogue to take place among critical stakeholders. I thank AMDISS for making the necessary logistics arrangements which have enabled this meeting to become a reality.

Finally, I want to thank all the participants present at this Dialogue for taking time off your busy schedules to attend this event. We do appreciate your participation as well as the warm reception and hospitality of the South Sudanese people which my colleagues from AFEX have already experienced within their short time here.

Thank you for your kind attention and have a fruitful discussion.