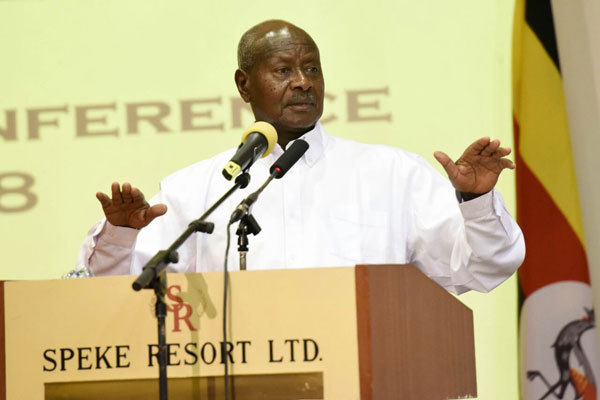 The Africa Freedom of Expression Exchange (AFEX) joins its member, the Human Rights network for Journalists in Uganda (HRNJ-Uganda) to denounce the continued detention of staff of the Red Pepper newspaper in Uganda.

A Magistrate Court on December 6, 2017 adjourned the judgement on the bail application of the jailed journalists and directors of the newspaper to another two weeks.

Presiding judge, Chief Magistrate James Ereemye Mawanda of the Buganda Road Court remanded the group made up of five directors and three senior editors of the news outlet until December 19, 2017, saying he has received lengthy submissions from both parties which required much time to study.

By the adjourned date, the suspects would have spent nearly a month in prison without trial which is in violation of Uganda’s Constitution as well as international frameworks. They are Arinaitwe Rugyendo, Richard Kintu,, James Mujuni,  and Patrick Mugumya, . The remaining are Richard Tusiime, Johnson Musinguzi alias Byarabaha, Ben Byarabaha, and Francis Tumusiime.

On November 21, 2017 police raided the offices of the Red Pepper newspaper, confiscated electronic gagdgets belonging to staff and arrested some of them. The arrested editors and directors were detained overnight at the Nalufenya police station, a place known for hardcore criminal suspects.

“We look at this continued imprisonment as a deliberate economic sabotage and an assault on the media. Its borders on selective application of the law which translates to persecution of the Red pepper journalists. The media has lately faced so many challenges including closure, censorship, harassment and intimidation. This situation points to tougher times for the media in Uganda”, said the HRNJ-Uganda National Coordinator, Robert Ssempala.

AFEX joins HRNJ-Uganda in expressing disappointment with the judge’s decision, especially the strange reason for the long period of adjournment. It is a decision pandered to the unfounded claim by state attorney Abdulsalam Waiswa that the suspects will “repeat the offense, endanger national security and frustrate on-going investigations.”

Prosecution alleges that the accused on November 20, 2017 published with intent to defame President Yoweri Museveni, an article dubbed “M7 plots to overthrow Kagame-Rwanda”.

The state claims that the article portrayed President Museveni, his brother Gen. Salim Saleh and security minister Lt.Gen Henery Tumukunde as plotting to overthrow the President of Rwanda, Paul Kagame. The publication, according to the state attorney, injured the trio’s reputation, disturbed their peace and also subjected them to hatred, contempt and ridicule.

The Red Pepper premises in the Mukono district have remained closed since November 20, 2017 when it was declared a crime scene and surrounded by the Counter Terrorism Unit of Uganda Police.

AFEX finds the action taken against the Red Pepper newspaper as excessive and a deliberate attempt to intimidate the editors and directors of the media organisation into self-censorship.

We join HRNJ-Uganda to condemn the repression and call on President Museveni not only to dissociate himself from it but also order a stop to the persecution.