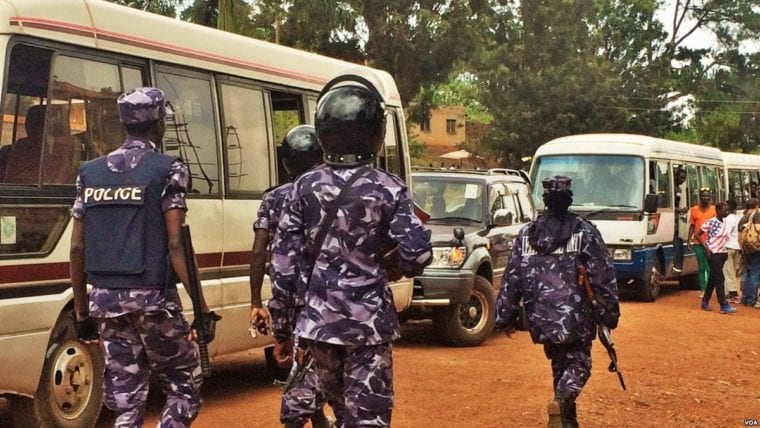 Police in Kamuli released Gwebayanga Tom, a Vision Group Correspondent in Buyende district on 22nd April 2020 after spending a night in a police cell at Kamuli Central Police Station, with charges of spreading harmful propaganda under case file no. CRB 436/2020. He is to report back on 1st May 2020.

When Gwebayanga was contacted after his release, he told Human Rights Network for Journalists-Uganda (HRNJ-Uganda) that his arrest is related to a story that was published in New Vision on 21st April 2020. “I wrote a story in the New Vision talking about theft of money that was donated by the International Development Institute to fight COVID-19. The organization gave 80 million shillings to the district COVID-19 task force in cash but they decided to share the money. The RDC got to know and wasn’t happy with the decision, said Gwebayanga”.

He added that he received a call at 2 pm local time on 21st April 2020 from the Vice Chairperson of Kamuli district Vincent Galisansana to have a meeting, only to find him with the entire team of the district task force at Kamuli district headquarters. He was interrogated and asked to disclose his source of information which he declined. “They asked me where I got the information and I refused, they took me in another room and forced me to apologise in the presence of a police officer who had a gun, Gwebayanga said”.

He also told HRNJ-Uganda that he was assaulted by the Kamuli District Health Officer( DHO) Aggrey Batezaki. He opened up a case of assault vide SD Ref. 25/22/4/2020.

The Kamuli District Police Commander (DPC) Madiri Ahmed confirmed the release to HRNJ-Uganda and said “in the morning he was given a bond at around 11:00 am. He was charged with giving false information which was not verified, spreading harmful propaganda, defamation and inciting the public”.

He revealed that Gwebayanga was arrested after the Kamuli Chief Administrative Officer Namanda Elizabeth lodged a complaint at Kamuli Central Police Station.

On 21st April 2020, New Vision published a story on page 24 alleging that the Kamuli District COVID-19 team had on Saturday 18th April 2020 disagreed on the allocation of 80m after the district technical team insisted that the money be distributed among the members of the COVID-19 task force.

“Journalists are the eyes and the ears of the public and their cardinal role is to keep the public informed. Holding public officials accountable should not be a crime against journalists,” Said the HRNJ-Uganda Executive Director, Robert Ssempala.