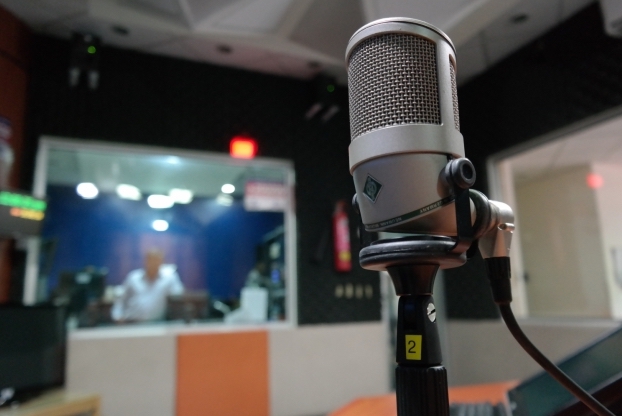 Journalists en Danger (JED) expresses its deep concern about situation currently prevailing in the province of Sankuru (central DR Congo) where the new Provincial Governor, on Thursday August 20, arbitrarily ordered, the immediate closure of the local Congolese National Radio-television (RTNC) station, as well as the suspension broadcasts by a private station and the arrest of two journalists from the latter media organisation.

JED urges the Deputy Prime Minister in charge of the Interior, Mr. Gilbert Kankonke, in his capacity as the official exercising authority over the Governors of the provinces, to dissociate himself from this act and to use all his prerogatives to get these two media to continue their activities freely.

According to our sources, the local station of the Congolese National Radio-television and Radio Losanganya, (owned by Mr. Lambert Mende, former Minister of Communication and Media and former challenger of Mr. Joseph Mukumadi in the election for Governor of the province of Sankuru ), both based in Lodja, a town located about 400 km from Lusambo, capital of Sankuru province, were stormed on Thursday August 20, 2020 by some members of the Armed Forces of the DR Congo (FARDC) and the Congolese National Police acting on the orders of the Governor of the province who allegedly criticised the two media outlets for “their lack of professionalism.”

According to the same sources, during his address to the local people at the Patrice Emery Lumumba Stadium in Lodja on Thursday, August 20, Governor Joseph Mukumadi openly accused the RTNC and Radio Losanganya of broadcasting hate, sabotaging his actions for political purposes and in particular, of failure to mobilise the local community for development since their esttablishment in Lodja.

Following these accusations, a group of police officers and FARDC soldiers raided the RTNC and Radio Losanganya offices, located in the same building, where they ordered the journalists of the RTNC to cease all their activities until further notice. Then they headed to Radio Losanganya where they arrested journalist Hubert Djoko and technician Albert Lokongo before taking away some broadcasting material from the radio station.

François Lendo, director of Radio Losanganya, was briefly detained for questioning at police station where he was told to stop all broadcasts and play only music.

When contacted by JED, the police colonel who led his troops to the premises of the two media outlets said he only acted on the orders of the Provincial Governor without knowing exactly the official reason for the closure of the two media houses. “I don’t know much. I am awaiting the report from my superiors to know the complaints made against the two media organisations. I learned from unofficial sources that the RTNC has been closed for lack of neutrality (…) “.

Also contacted by JED, Mr. Crispin Osomba, RTNC / Lodja station manager, revealed that as of this Friday morning, the premises of his media house were still under siege by a group of soldiers and armed police: “These soldiers are even in the the process of dismantling the transmitter of the RTNC. So far, we have received no official communication from the provincial officials. I don’t know what the Governor is blaming us for. At least during his meeting at the stadium, the Provincial Governor said that the RTNC pollutes the social climate here in Lodja. RTNC journalists were not allowed to cover the Governor’s arrival in Lodja. The press badges for access to the airport were refused by the Governor’s aides. Governor Joseph Mukumadi has long accused RTNC journalists of being recruited by former Minister Mende and of pursuing for his cause. “

Without wishing to enter into the details of this affair, JED condemns with the utmost energy, the method used by the provincial governor obviously to settle personal scores, in a country that professes to abide by the rule of law.