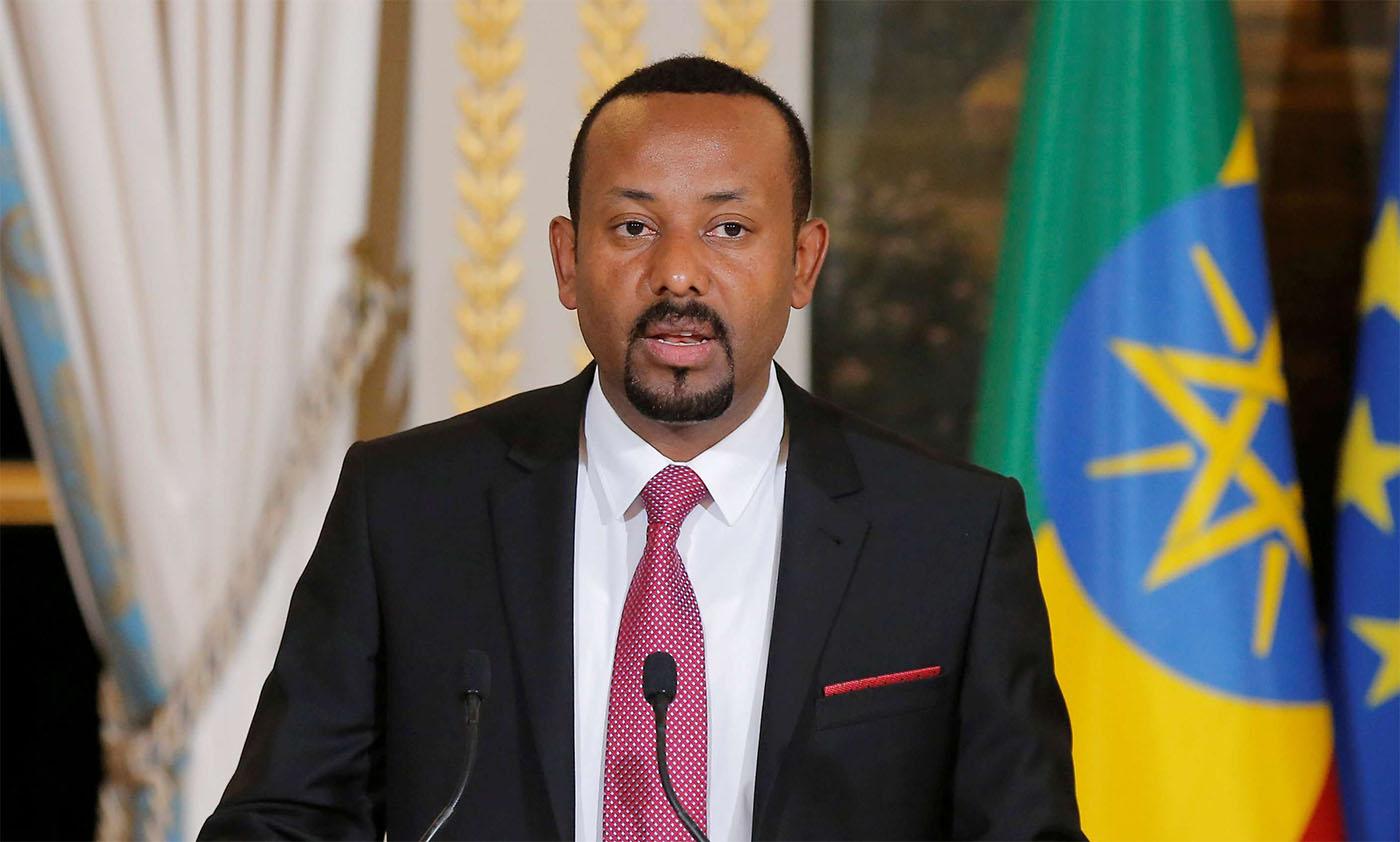 Before Prime Minister Abiy Ahmed Ali came to power in 2018, the country was known for its infamous blocking of websites and jamming of signals of television stations deemed critical of government, internet shutdowns and brutal crackdowns on protests.

The country ranked ranked 150th out of 180 in the 2017 Press Freedom Index. But this was to change with the coming into power of the current Prime Minister.

When Prime Minister Abiy Ahmed came to power in early April 2018, he promised to improve press freedom conditions in the country. He even announced that one of his administration’s immediate successes was the opening up of the media landscape which included the “unblocking of 246 websites” that were previously banned from being accessed in Ethiopia. He also released some journalists and bloggers who were in detention.

Although Ethiopia jumped 40 places up in the World Press Freedom Index in 2019 and hosted the global World Press Freedom Day event in May that year, the perceived reforms promised and undertaken by the government have been generally unsatisfactory and the gains are fast eroding.

The government practically limited the media’s access to information when it scrapped the Government Communications Affairs Office in 2018. The Press Secretariat under the Office of the Prime Minister (PM) only gives information on activities within the PM’s Office, the deputy PM’s and the First Lady’s offices. Communications departments in every ministry or agency are more of guardians of information rather than information providers.

Ethiopia’s Constitution has provisions for freedom of expression and press freedom. The country is also a signatory to Universal Declaration of Human Rights (UDHR), the International Covenant on Civil and Political Rights (ICCPR), and the African Charter on Human and Peoples’ Rights as well as the African Charter on Democracy, Elections and Governance. These guarantees not withstanding, journalists and citizens are not completely free to express themselves.  Legislations such as the Mass Media and Access to Information Proclamation, Broadcast Services Proclamation and Computer Crimes Proclamation all contain provisions that restrict the enjoyment of freedom of expression. Further, the Criminal Code, Anti-Terrorism Proclamation as well as Advertisement Proclamation also contain provisions that are repressive to press freedom.

The government on assumption of office established a working group under the Federal Attorney General to amend the widely criticized problematic laws that included the infamous Anti-Terrorism Proclamation and the freedom of the Mass Media and Access to information (ATI) Proclamation.

The much talked about amendment of the mass media and ATI proclamations is still pending as the government rather prioritized the introduction a media policy, which the Council of Ministers’ approved on August 22, 2020.

According to the newly adopted mass media policy document, its objectives are to enable the “media play roles expected from them in accordance with the constitutionally provided duties and rights”. According to the policy framers, these roles the media are expected to play include bringing public interest to the fore, as well as “ensure national culture and values.”  These objectives have raised concerns that the media could be censored when it reports on an issue the governments considers not appropriate for the “national culture and values.” This assigning of media roles also raises concerns of media independence.

The policy document admits that despite legal frameworks, freedom of expression and press freedom is limited in the country. It states that it is important to protect journalists and media institutions from interreference and influence. It also indicates that laws that hinder the freedom of the media and contradict with the provisions in the constitution should be reviewed and amended. It however, fails to denounce violations against the media in strong terms and does not specifically affirm any concrete recommendations on protecting journalists from attacks.

It also fails to commit itself when it comes to creating a safe  environment for journalists to work in.

Even before any results are achieved with this media law reform agenda to improve the press freedom and freedom of expression situation, the government appeared to have thwarted all efforts by enacting a strict social media and anti-fake news law known as the ‘Hate Speech and Disinformation Prevention and Suppression Proclamation’ in March 2020.

Passed with the excuse to “prevent and suppress by law the deliberate dissemination of hate speech and disinformation,” the law provides criminal liability imprisonment from two to five years and a fine of 5,000 to 100,000 Ethiopian Birr (about US$130 to US$2,632).

Many rights advocates including the Collaboration for Eastern and Southern Africa (CIPESA) have expressed concerns over the provisions of the law. According to CIPESA, “the definitions presented in Article 2 of the proclamation, specifically the definition of “hate speech” and “disinformation” are overbroad and ambiguous.”

In Article 2.2, hate speech is defined as “speech that deliberately promotes hatred, discrimination or attack against a person or an discernable group of identity, based on ethnicity, religion, race, gender or disability” while Article 2.3 defines disinformation as “speech that is false, is disseminated by a person who knew or should reasonably have known the falsity of the information and is highly likely to cause a public disturbance, riot, violence or conflict.”

“These definitions do not meet the definitions of freedom of speech, expression and information laid down in article 19 of the Universal Declaration of Human Rights (UDHR), article 19(3) of the International Covenant on Civil and Political Rights (ICCPR) and article 9 of the African Charter on Human and Peoples Rights. For instance, under the Proclamation, it is difficult to determine the scope of hate speech, namely where legitimate free speech stops and where hate speech starts. This overbroad definition renders it subject to discretionary interpretation by law enforcers such as prosecutors and courts, which creates ground for abusing citizens’ rights of freedom of expression and the right to information” CIPESA noted.

At least 17 journalists have been arrested in connection with their work this year.

In March 2020, journalist Yayesew Shimelis was detained by security forces after he made a Facebook post that claimed the government had ordered the preparation of 200,000 graves for projected COVID-19 causalities. The Federal Ministry of Health condemned this reporting and said that the post was meant to confuse the public. Yayesew was charged with the Anti-Terrorism Proclamation. But his charges were changed and he was later charged with the newly ratified Hate Speech proclamation. As it happened repeatedly with the case of many arrested journalists, Yayesew’s bail that was granted to him by two court orders was delayed by the police.

Kenyan journalist Collins Juma Osemo also known as Yassin Juma, and three journalists from Oromia Media Network, Melese Direbssa, Guyo Wariyo, and Mohammed Siraj as well as their driver, Chibsa Abdulkerim were arrested on July 2, 2020. Wariyo was released after being in detention in 45 days.  Juma was later released but Deribssa is still fighting in court for criminal charges along with Jawar Mohammed and other prominent politicians.

On August 9, 2020, three journalists from Asrat TV were also arrested. Journalists Belay Menaye, Mulugeta Anberbir, and Misganw Kefelgn of Asrat TV were taken into custody without any explanation from security forces. The arrest of the journalists without the provision of medicine and clothing was disclosed by Asrat TV on Facebook.

In another incident of press freedom violation, Wolaita Times online media editor Natnael Gecho was detained and released on September 4, 2020 after four days for “inciting violence using his Facebook.”

Also on September 14, 2020, the managing editor of Feteh Magazine, Temesgen Dessalegn, along with the Editor in Chief of the magazine, Misgan Zinabe, were arrested by police on charges of defamation and violation of the country’s Communications Act. Temesgen and Misgan were released the next day on condition that they would report to the police ‘whenever they are needed’.

Another case of arbitrary detention was that of Ermias Mulugeta, Editor in Chief too the weekly Addis Maleda newspaper. He was taken from his office on October 26, 2020 and released  after nine hours in detention. The police offered no reasons for his detention.

At least five journalists have been arrested and detained in November.

Following the breakout of military confrontation between the Tigray People Liberation Front (TPLF) and the federal government, journalist Bekalu Alamirew who works for the online Awlo Media has been detainedwithout any explanation of why? His whereabouts were not known until his coworkers located him after numerous asks in various prisons.

Apart from these arrests and detentions, Ethiopia continues to witness frequent internet shutdowns in the country during or in the aftermath of protests of various nature also hinder journalists’ work including information gathering, exchange and dissemination. A recent protest that rocked the country following the killing of prominent Oromo singer Hachallu Hundessa resulted in the shutdown of the internet for about three weeks.

This killing of also led to the closure of media houses as well as arrest of journalists that worked in these media houses. Shot on June 30 midnight, Hachalu’s remains were carried to Ambo, his birthplace some 110 kilometers west of Addis Ababa with live coverage from the Oromia Media Network (OMN). The government accused the OMN inciting violence and immediately shut down OMN’s studio in Addis Ababa.

In addition to this, journalists have been attacked in the country by a mob. This poses a huge risk for the mobility of journalists as this is the integral part of their job. In times of conflicts like this, the risks of journalists being attacked is high. This shows the gaps in the public awareness of the role of journalism and the media.

The government of Prime Minister Abiy Ahmed owes a duty to the people of Ethiopia to protect and respect their human rights particularly freedom of expression, freedom of assembly and digital rights.

In this regard, there is an urgent need to amend legislations that have a bearing on enjoyment of freedom of expression. The passage of progressive freedom of expression laws and policies would ultimately lead to independent journalism and also improve the sustainability of the media. 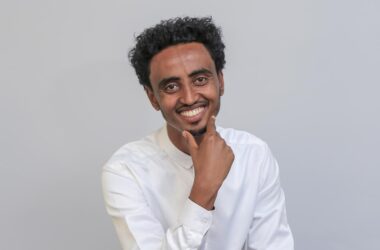 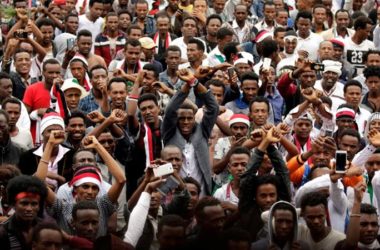 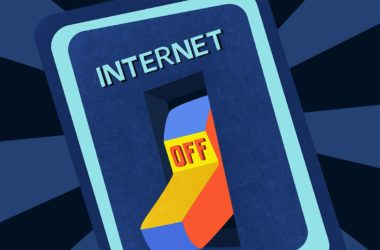