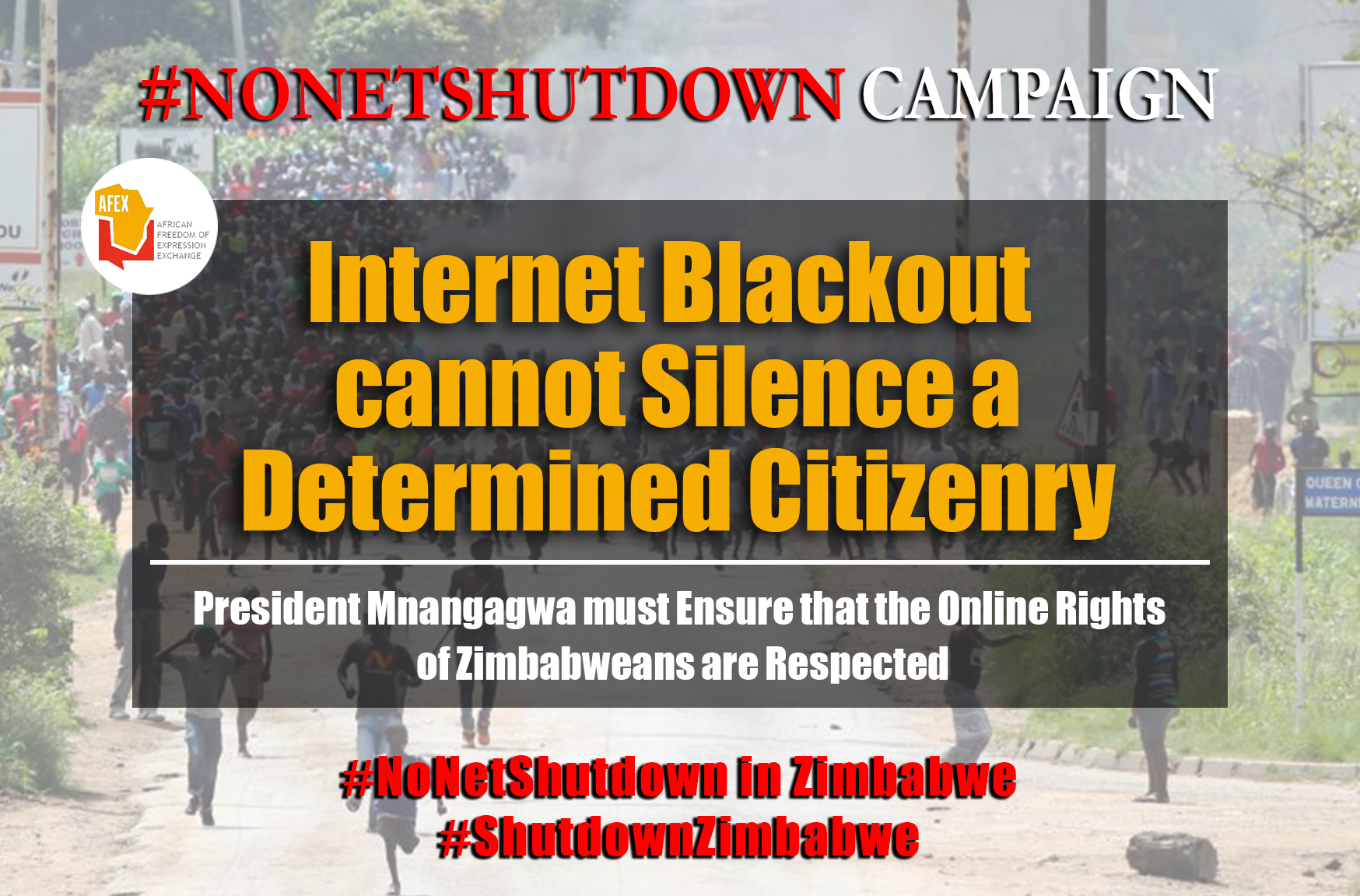 The African Freedom of Expression Exchange (AFEX) is deeply concerned about the current government crackdown on freedom of expression and freedom of assembly rights in Zimbabwe.

AFEX denounces in particular, the use of lethal force against protesters resulting in the alleged killing of at least five persons with several reported injuries. AFEX has also received reports of arbitrary arrest and detention of protesters.

The AFEX network further condemns the use of Internet shutdowns by the Zimbabwean government as a mechanism to stifle the freedom of expression rights of the people of Zimbabwe.

Government’s announcement of hike in prices of fuel and other commodities has since January 12, 2019 resulted in massive protests across the country.

On January 16, 2019, the government ordered a complete Internet blackout as protests intensified across the country. AFEX member in Zimbabwe, the Media Institute of Southern Africa (MISA Zimbabwe) together with other journalists filed a lawsuit at the High Court against the government for switching off the Internet. The shutdown lasted 28 hours, only for the government to order another shutdown on January 17, 2019.

And as network disruptions have proven to cause more harm than good for the security of any nation and its people, the protests in Zimbabwe have amplified despite the Internet shutdown with protesters being more agitated.

AFEX reaffirms that the government of Zimbabwe has a responsibility to protect citizens’ rights at all times as enshrined in its national constitution and other regional and international frameworks.

AFEX joins the global community to condemn this act of censorship from the government and appeals to President Emmerson Mnangagwa ensure an end to the use of Internet blackout quell protests. We urge the Zimbawean government to uphold the Internet freedoms of the ordinary people to allow them pursue their personal and professional endeavours.