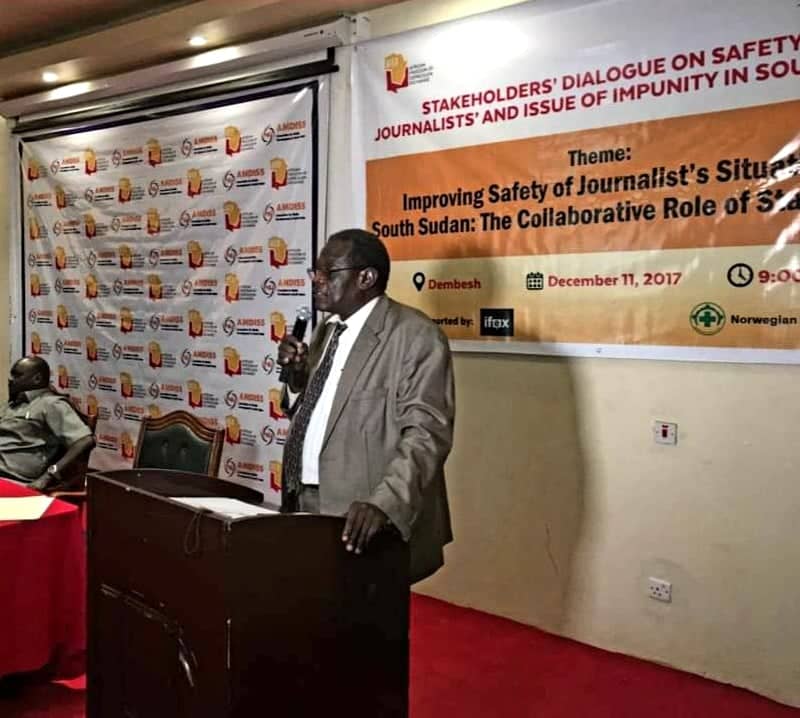 The African Freedom of Expression Exchange (AFEX) condemns the summoning of the Editor in Chief of Al Watan Arabic newspaper by South Sudan’s Media Authority, for publishing articles on on-going demonstrations in neighbouring Sudan.

The Editor in Chief, Michael Rial Christopher, was summoned by the Media Authority on January 7, 2019 after the Sudanese Embassy in Juba lodged a complaint with the regulator, accusing the Al Watan newspaper of being supportive of ongoing protests in Sudan. The Al Watan Arabi newspaper had on January 3, 4 and 7, 2019 published three separate opinion pieces about protests.

The Media Authority in South Sudan further issued a directive contained in a letter signed by the Acting Director, Sapana Abuyi on the same day (on January 7) cautioning the newspaper to desist with immediate effect from “writing anything on topics relating to the ongoing protests in Sudan, which is an internal political issue of a friendly neighbouring country”.

The letter further ordered the newspaper to publish an official apology to the Sudanese Embassy within 72 hours, an order which the newspaper has refused.

There have been ongoing protests in Sudan over the past weeks with citizens protesting the poor standards and high costs of living in the country. A crackdown on the protesters has resulted in at least 19 deaths and several injuries

AFEX finds the directive to the Al Watan newspaper not to cover the events in neighbouring Sudan as a dangerous case of censorship. The directive clearly violates the South Sudan’s constitution which guarantees press freedom. In this age of globalization, the media’s responsibility to highlight important events defies national borders. This is particularly so in the present case of Sudan where fundamental rights such as freedom of expression and freedom of assembly are reportedly being violated so that the international community can intervene before the situation degenerates.

We therefore call on South Sudan’s Media Authority to withdraw the gag order and allow the media to work independently.

AFEX urges the media in South Sudan to remain steadfast and demonstrate mutual solidarity in the face of the media regulator’s tyranny.