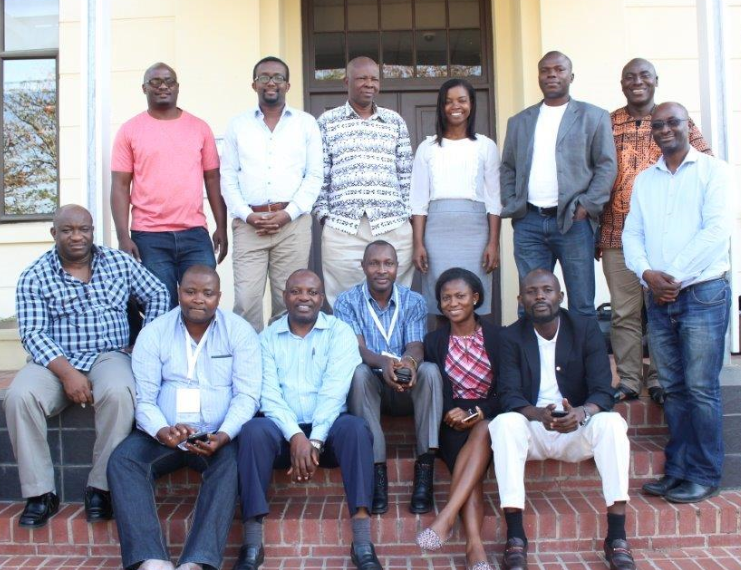 The African Freedom of Expression Exchange (AFEX) held its 4thAnnual General Meeting (AGM) in Grahamstown, South Africa, on August 31, 2016.  The AGM was preceded by a two-day capacity building training workshop on Digital Rights Advocacy for AFEX member organizations, as a follow up to a similar workshop held in Accra, Ghana, in January 2016, for African freedom of expression and media rights organisations.

The two-day capacity building training was held on the sidelines of the 20th edition of the Highway Africa Conference organized by the School of Journalism and Media Studies at Rhodes University in South Africa with the theme: “The Internet and the Media – Celebrations, Reflections and the Future“.  The Highway Africa Conference is the largest annual gathering of African journalists in the world.

The training was motivated by the need for the AFEX network to increase its engagement in digital rights advocacy in Africa amidst increasing incidents of internet or social media shutdowns; continuing attacks on journalists online and offline, accompanied by impunity for such crimes against journalists and other human rights defenders, as well as the need to safeguard of freedom of expression in Africa as a necessary corollary to democratic consolidation.

As part of its participation in the Highway Africa Conference, AFEX presented two sessions, the first being a panel discussion on the topic: “Confronting the Media Sustainability Challenge in Africa” at a parallel workshop on the first day of the conference. The second was another panel discussion at a plenary session on the second and final day titled “Hands Off Our Internet: Internet Regulation and Journalism in Africa“.

AFEX member organizations in attendance at the AGM and the training observed that Internet shutdowns have become a common and regular instrument adopted by several African governments to stifle free speech during important national events, particularly elections.

They cited the findings contained in a report issued by the Collaboration on International ICT Policy in East and Southern Africa (CIPESA), a leading centre for research on ICT policies in Africa. The report indicated that there have been 16 recorded incidents of internet shutdowns during the first half of 2016 (January to June). AFEX members described the trend as very worrying.

In particular, they cited some of the latest examples of such incidents as taking place in Uganda, Burundi, Ethiopia, Zimbabwe, Congo Brazzaville, the Democratic Republic of Congo, Chad, Tunisia, Mali, with the latest being Gabon. AFEX members added that these countries have shut down the Internet during general elections, protests or other national events and that in all these incidents, the free expression rights of citizens have been violated as they are deprived of the right of access to information, in addition to interference with other human rights.

AFEX members endorsed efforts by the United Nations Special Rapporteur on the rights to freedom of opinion and expression, David Kaye, to get State actors and the private sector to work closely together to ensure the existence of a free and open Internet.

However, they expressed concern that access to the Internet has yet to be officially recognised by the United Nations as a human right despite resolutions by UN bodies guaranteeing freedom of expression, the right to privacy and other human rights online.

AFEX Members therefore called on the UN to expedite processes at the level of its General Assembly to formally pronounce Internet access a human right given its centrality to the exercise and enjoyment of human rights online as well as to development.

They commended UNESCO for proclaiming September 28 of every year as the “International Day for Universal Access to Information”, noting that African leadership, both at the level of governments and civil society, led to the proclamation of the Day.

AFEX Members called on African governments to take advantage of the first official celebration of the Day later this September to guarantee their citizens access to information. They called on countries that are yet to adopt access to information laws to do so as a matter of urgency while those which already have such laws were urged to take measures to ensure their effective implementation.

The members reaffirmed the commitment of AFEX to Digital Rights and Freedoms as well as the safety of journalists in Africa and resolved to campaign against Internet shutdowns across the continent.

A new Steering Committee was elected during the General Meeting to lead AFEX over the next two years.  Members elected Mr Edetaen Ojo, Executive Director of Media Rights Agenda (MRA) in Nigeria, as Chairperson of the Steering Committee.  Other elected members are:  Mr. Gilbert Sendugwa of the African Freedom of Information Centre (AFIC) in Uganda; Mr. Tuver Wundi of Journaliste en Danger (JED) in the Democratic Republic of Congo; and Mr. Sulemana Braimah of the Media Foundation for West Africa (MFWA).

AFEX members also admitted three new members into the network, namely the International Press Centre (IPC) in Nigeria; the Institute for Media and Society (IMS), also in Nigeria; and the Association for Media Development in South Sudan (AMDISS), based in South Sudan.

Other members represented at the AFEX meeting were Human Rights Network for Journalists in Uganda (HRNJ), the Centre for Media Studies and Peacebuilding (CEMESP), the National Union of Somali Journalists (NUSOJ) and the Media Institute of Southern Africa (MISA).

AFEX is a continental network of prominent freedom of expression organisations across East, West, Central and Southern Africa that are members of the Toronto-based global network IFEX.