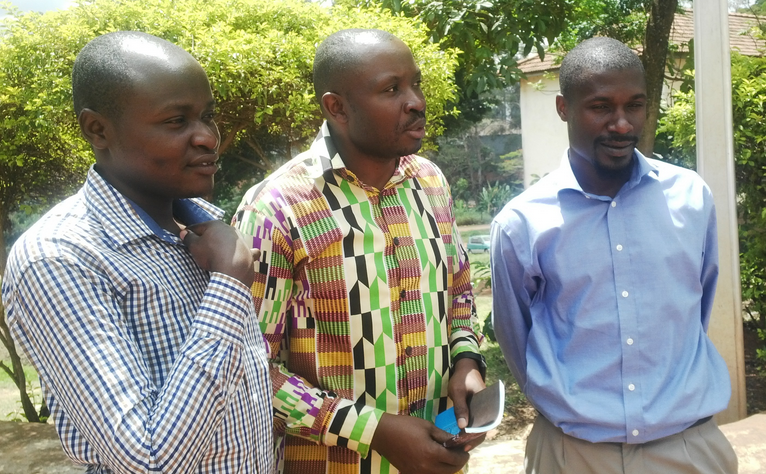 This statement was originally published on www.hrnjuganda.org on September 15, 2016.

Two journalists have been interrogated by the Crime Investigations and Intelligence Department of the Uganda police over their work.

Benon Tugumisiirize, formerly of Red Pepper newspaper was arrested on 14th September 2016 as he left Buganda Road Magistrates court where he had gone to attend his trial on criminal defamation. Earlier on, Fred Mukasa Kiku, a journalist with Pearl FM radio and talk show host called ‘Bigenze bitya mu Palaamenti’ was also summoned by the Police’s media crime unit and interrogated over a talk show he hosted in July 2016.

“Mbonimpa arrested me at Buganda Road Court and put me on a commercial motorcycle (Boda boda) then whisked me off to the CIID headquarters. I did not know the crimes labeled against me” Benon told HRNJ-Uganda at the CIID Headquarters at Kibuli.

Benon was quizzed for over five hours, made a statement and released without charge. Police suspects that the journalist was involved in circulating pornography. The head of Media Crime unit, Emmanuel Mbonimpa, told HRNJ-Uganda that they are carrying inquiries over story which appeared in Red Pepper newspaper . The police say the matter was reported by a one Peninah Tukamwesiga.

A day before, the same police department, interrogated Kiku over a radio talk show he hosted on 15th July 2016, in which the day’s guest Mzee Bwanika is alleged to have made defamatory statements against the Managing Director of UMEME. Mbonimpa told HRNJ-Uganda, MzeeBwanika while at the show said the tribal clashes in the Rwenzori Sub-region were politically motivated and secretly financed by notable personalities in government.

“Journalists’ work should not be criminalized by using such laws to scare away journalists from critical reporting. The police should investigate the reported case expeditiously,” said Robert Ssempala the National Coordinator.