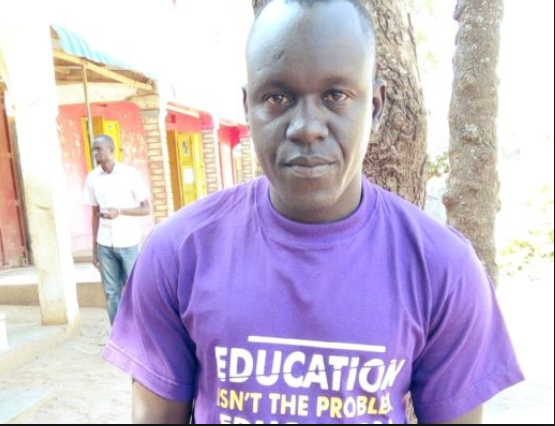 This statement was originally published on www.hrnjuganda.org on September 1, 2016.

The journalist, who reported yesterday morning at Moroto Central Police Station, told Human Rights Network for Journalists-Uganda, the Criminal Intelligence Officer Moroto called ordering him to report to the station. But when he reported the officer was not there and when he called he did not pick his calls.

Teba, while at Police, another officer told him that the reason they wanted him was about the statement he posted on his Facebook page on Sunday 29th August 2016 regarding the Karamoja cultural leaders who went to Kenya to attend the Turkana Cultural and Tourism event. The journalist recorded a statement and released without charge. Police asked for photocopies of his passport and national identity card.

The District Police Commander Moroto, ASP Turyanyomwe Edison, told HRNJ-Uganda the journalist posted information that tainted the images of the cultural leaders on Facebook, adding that “he has recorded a statement and is going away”.

Teba posted on Karamoja Development Foundation Facebook page that Karimajong leaders rushed to attend a cultural function in Kenya after shunning their own activity that was organized in Karamoja. He alleged that the leaders were paid 50,000 Kenyan shillings by their host for honoring the invitation.

This comes after SadatI Waligo, a Red Pepper correspondent in Lyantode District was charged with criminal defamation over a Facebook post that he made against the Resident District Commissioner Tugaragara Matojo Sulaiman. The case is before the Lyantonde Magistrates Court and is coming up for hearing on 30th September 2016.