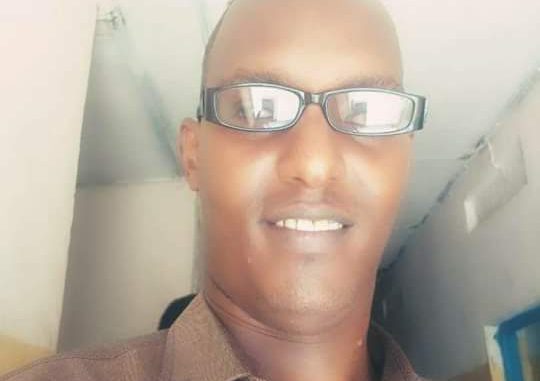 Authorities in Somaliland should refrain from harassing journalists and individuals for exercising their fundamental rights to freedom of expression online. The African Freedom of Expression Exchange (AFEX) deplores the arbitrary arrest and detention of local journalist, Adam Jama Oogle aka Habeb.

According to AFEX member in Somalia, the National Union of Somali Journalists (NUSOJ), police on May 14, 2018, arrested Oogle from his home based in Las Anod, the administrative capital of the Sool region in Somaliland. The journalist was arrested upon the orders of regional governor of Sool, Abdi Hayre Dirir after he made comments on Facebook in which he indicated that the people were in support of Somaliland’s unity with Somalia. These comments obviously infuriated the officials the region.

NUSOJ also indicated in a statement published today (May 16, 2018) that the regional administration in Sool reportedly demanded that Oogle’s family signs a bond that the journalist will not publish such post again.  However, the family refused as it would lead to self-censoring the journalist.

AFEX deplores the persecuting of journalists and citizens for exercising their legitimate right to freedom of expression online as unacceptable and a deliberate attempt by authorities in Somaliland to silence dissent.

The Internet and social media platforms have become essential as they have given true meaning to the millions of people in Africa to “seek, receive and impart information and ideas of all kinds regardless of frontiers,” as intended by the framers of the International Covenant on Civil and Political Rights (ICCPR). We there call on Somaliland authorities to ensure that citizens’ rights to freedom of speech are protected both offline and online.

AFEX joins NUSOJ to demand the unconditional release of Adam Jama Oogle. We also continue to denounce the increasing incidents of attacks on journalists, human rights activists and individuals by authorities in Somaliland.