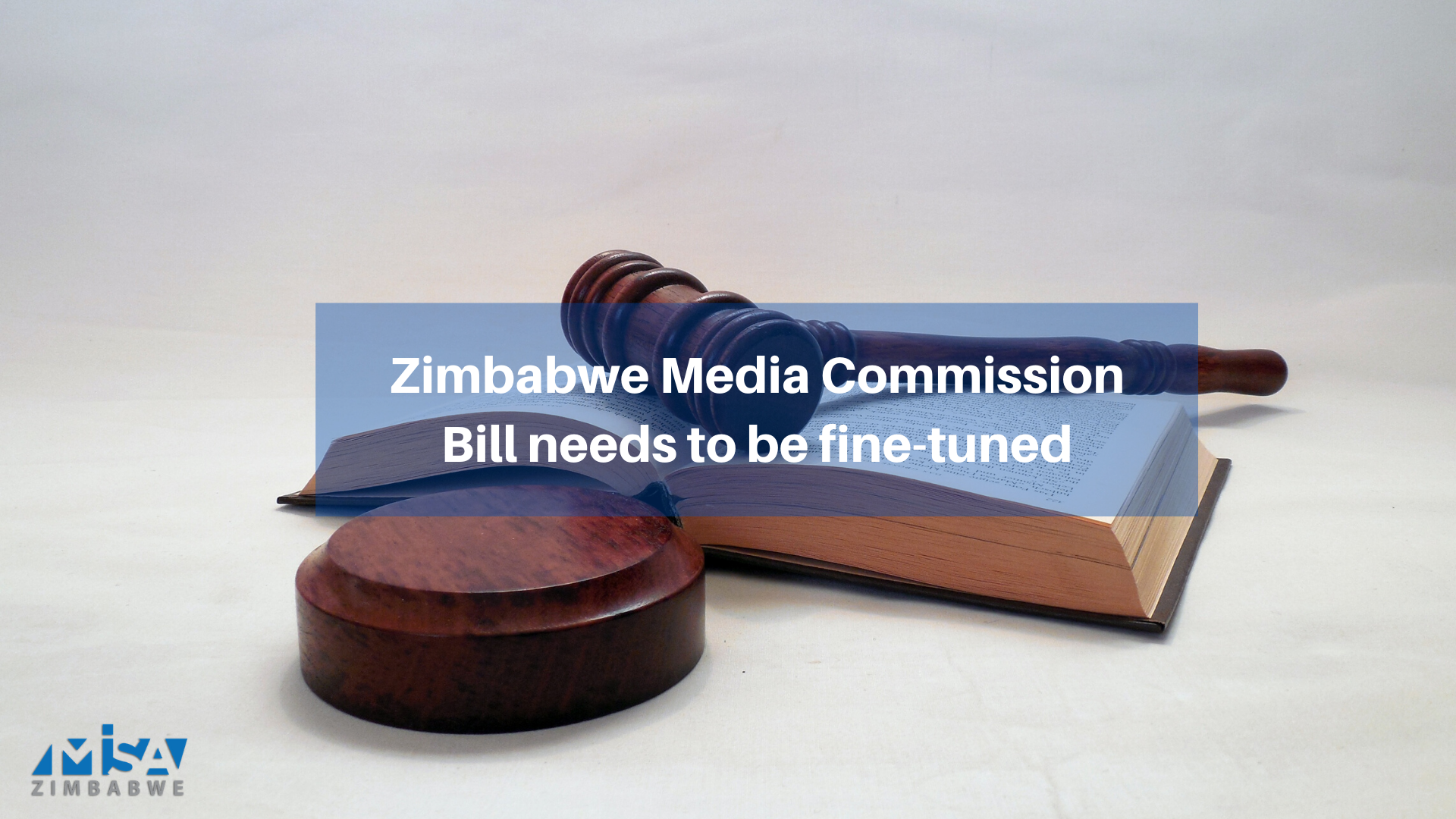 MISA Zimbabwe and Alliance of Zimbabwe (MAZ) welcome the release of the Parliamentary Portfolio Committee on Information, Media and Broadcasting Services’ report on the Zimbabwe Media Commission Bill, which was presented to Parliament on 10 March 2020.

The Committee’s report is a fair reflection of the shadow report compiled and produced by MISA Zimbabwe and MAZ which closely followed proceedings of the public hearings. Submissions made to the Committee by the two organisations were to a large extent duly captured and reflected in the report, as well as the sentiments and democratic aspirations of citizens who attended and made contributions during the hearings.

The report follows the public hearings conducted by the Committee on the Bill between 14-18 October 2019 in Harare, Mutare, Masvingo, Bulawayo and Gweru.

MISA Zimbabwe/MAZ welcome the findings of the Committee but express reservations that the hearings were only conducted in the major cities completely ignoring the views of rural communities who also have the right to be heard on important national developments.

Meanwhile, in its report, the Committee recommends ‘that there should be a clause that creates a co-regulation framework actualised through the Media Council’. This is in line with submissions made by MAZ /MISA Zimbabwe that co-regulation of the media should be incorporated in the Bill.

The position was buttressed in Mutare by academic Alexander Rusero who said there is general agreement on co-regulation as espoused in the Constitution as well as in the findings and recommendations of the government-sanctioned Information and Media Panel of Inquiry report.

Rusero said Section 249 (1) (d) of the Constitution says it is the role of the Zimbabwe Media Commission to encourage the formulation of codes of conduct for persons employed in the media and where such a code exists, to formulate and enforce one.

This implies that the Commission can delegate this role and journalists pointed out that this can be delegated to the Voluntary Media Council of Zimbabwe (VMCZ).

The Committee also recommended the setting up of a Zimbabwe Media Fund to address issues of community media development. This is consistent with submissions made by MISA/ MAZ as well as journalists from across the country who agreed that it was necessary to emulate countries such as South Africa and Zambia in this regard.

South Africa, for example, has a Media Development and Diversity Fund whose role is to promote community development initiatives.

The Committee further recommended that the Zimbabwe Media Commission be stripped of powers to investigate the conduct of media practitioners at its own instigation to minimise the possibilities of abuse of the Commission.

While the issue of co-regulation was well captured in the Committee’s report, MISA Zimbabwe/MAZ recommends that this should be explicitly spelt out in the preamble of the ZMC Bill that co-regulation will be incorporated in the Bill.

The PDF copy of the MISA Zimbabwe and MAZ shadow report on the public hearings for the ZMC Bill is available to read here.