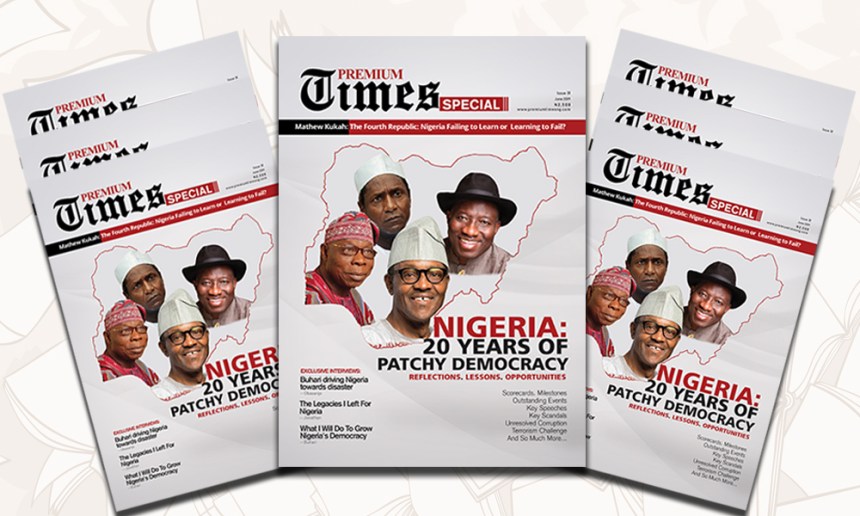 A Premium Times publication disclosed that both journalists were trailed by suspected state security service (SSS) officials. The SSS agents who visited Mr. Mojeed’s home attempted to gain entrance into his residence, but were unsuccessful.

The operatives were also reported to have monitored Mr. Ogundipe’s residence and drove off.

Possible grounds are linked to Ogundipe’s recent publication on the rift between the National Security Adviser, Babagana Monguno, and Chief of Staff to the president, Abba Kyari.

A follow-up story reported the unusual and unprecedented recall of all the senior army officers deployed to the NSA’s Office, without their replacement, leaving a resource void in the NSA’s Office.

The recall, the report further revealed, was being “countermanded” by the NSA.

In the aftermath of the story, Samuel Ogundipe’s internet identity and domain are also said to have been subjected to relentless hacking attacks while he has been receiving calls from strange numbers to confirm his identity.

IPC’s Executive Director Mr. Lanre Arogundade in a statement noted that the reported incidents represent fresh onslaught on press freedom in Nigeria and an aggravated assault on the right of journalists to practice freely without fear.

“Journalists who seek to provide information to the public to promote accountability should never be subjected to any form of harassment,” he said.

Mr. Arogundade therefore called on the Presidency to prevail on the DSS to immediately stop its attacks on Premium Times.