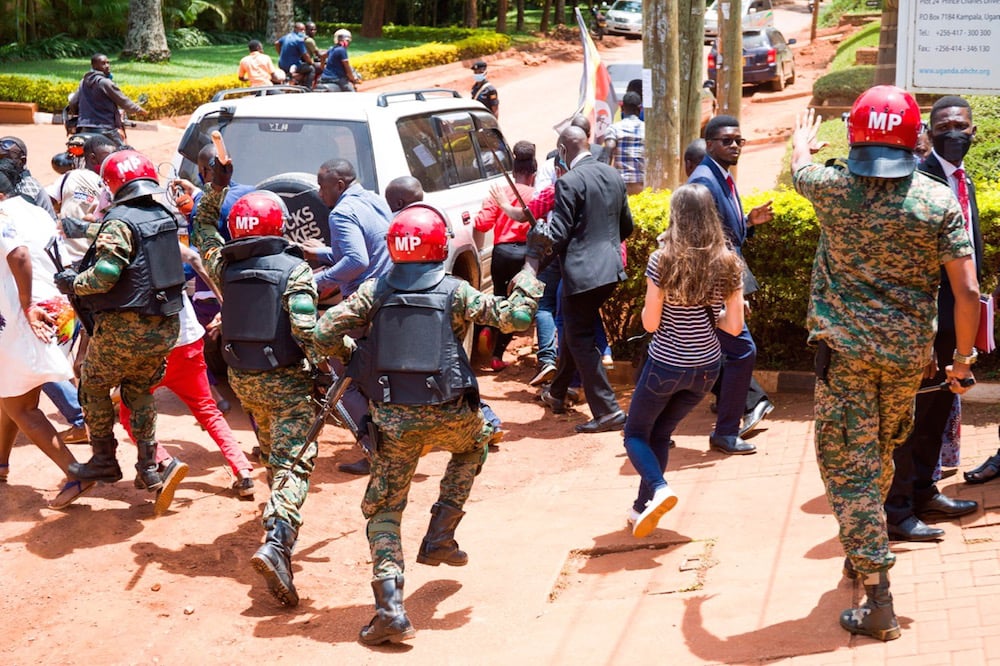 ‘Once bitten, twice shy’, is a common adage that has been evidently exhibited within journalism in Uganda, especially when it comes to reporting about news in the political arena.

The recent general elections, which were held on 14 January 2021, saw the incumbent president get re-elected with about 59% of the votes while his biggest rival scored about 35%. The 6th term in office of the current president and at the same time former president ushered in a lot of controversy especially from the youth who constitute more than 65% of the general population. The election came amidst the COVID-19 pandemic, and while government maintains that bulked up restrictions, curfew and a ban on gatherings were designed to prevent the spread of the coronavirus, opposition claims these were used as a smokescreen for repression.

Some people asserted that the pandemic was a blessing in disguise to the incumbent, easing control of political narratives during the election process as government literally controls the Uganda Communications Commission; a body that equally controls media houses. Six months to the voting period, the chairperson of the Electoral Commission, Justice Simon Byabakama Mugenyi, announced that campaigns would be held without physical interaction, as dictated by COVID-19 Standard Operating Procedures. It is on these grounds that political gatherings were dispersed by the police, especially on the side of the opposition. Various scenes of skirmishes between the police and citizens were observed such as one that saw the presidential opposition hopeful, Robert Kyagulanyi (perhaps better known as Bobi Wine), get arrested on his nomination day. The scuffle around his arrest saw over 50 people arrested and others injured.

These occurrences created widespread intimidation and fear amongst the public, and by the time of the Election Day, many had vacated the city due to rumors of potential violence, while others remained in their homes. Being removed or homebound, highlighted the pivotal role to the media in providing crucial information and updated to the citizenry surrounding the elections. However, there were deepened concerns over whether the media would enjoy the freedom to report impartially and independently on the potential challengers lining up to take on Yoweri Museveni. Violence against and intimidation of journalists during elections is nothing new. Uganda has a longstanding history of the freedom of expression and association always being under serious threat. The same dynamics were prevalent during the 2016 general elections with similar reports of torture and compromising of journalists.

“I think government intends to keep the people uninformed. You see, uninformed people are easy to manipulate. Cases of intimidation are prevalent … As journalists we are forced to cover up. In the reporting you don’t hit the nail on top. You have to communicate carefully. In election season we see this very clearly”, Radio journalist, Jinja, September 23, 2020.

During the 2021 elections, occurrences of torturing journalists once again surfaced. In November 2020, police shot Moses Bwayo in the face with a rubber bullet as he filmed Kyagulanyi arriving at his party’s office, and in December the journalist Ashraf Kasirye was badly injured after police shot him while covering a Kyagulanyi rally. A one Ssesanga told CPJ (Committee to Protect Journalists) that officers beat him despite protests that he was a journalist, leaving him with a wound on his head and his property confiscated.  Furthermore, according to the CPJ (Committee to Protect Journalists), between December to January 2021, security officers had assaulted at least 10 journalists covering opposition events ahead of the country’s January 14 presidential election, and briefly detained at least two members of the press and questioned them about their work.

“We’ve been beating journalists to restrain them from going where there is danger. Police beat journalists to help them … for their own safety. When a police officer tells you to stop, you must stop for your own safety. I won’t apologize for police actions”,

Several media outlets were barred from covering campaigns of opposition political candidates. On 28 November 2020, Daily Monitor reported that NUP presidential candidate had been dragged out of a radio talk show on Spice FM in Hoima. Just three minutes into the show, men in uniform specifically targeted journalists covering campaign trails of opposition candidates. Data gathered from AFIC’s monitoring of elections showed that over 3,800 cases involving media crackdown were witnessed and reported between July 2020 and February 2021.

Amidst all these atrocities, traces of justice are always thin, besides cosmetic apologies. According to Human Rights Watch, in response to allegations and reports of beatings and torture, the army issued an apology announcing that a military court had given seven members of the military police a “severe reprimand” for assaulting journalists, and sentenced them to two months detention in a military facility. While an important step, the army did not share details about its investigations or the military trial process. Violence reached an unprecedented level in the build-up to the race, and dozens died during crackdowns by security forces.

One then wonders, in what position does this leave journalists or those look forward to pursuing a career in journalism? The country is under its second lockdown, which leaves all the eyes on the media for information. Can journalists boldly avail credible information to the public during this time and to what extent can media houses operating independently? Can the masses trust them to provide timely and reliable information as well as reports and feedback? As Henry Anatole said,

“Journalism can never be silent: that is, its greatest virtue and its greatest fault. It must speak, and speak immediately, while the echoes of wonder, the claims of triumph, and the signs of horror are still in the air”.

Journalism loses its credibility when it embarks on the journey of reporting falsely and perpetrators of injustices do themselves, and future generations, a disservice because this false information will be part of the knowledge basis for the future. Assaults against journalists were not gender selective as many women were equally maltreated.

It is evident that the current environment in Uganda is hostile and volatile against the work and safety of journalists. In the most recent riots in the country, cases of violation against the media were reported. Many dictators in history have called the press the enemy. When people start normalizing the principle that the press is the enemy, then we have a problem.

Access to information through the media is therefore a significant driver of electoral participation. Democracy and freedom of speech are only existent on paper but the talk has not been walked. Voters who have access to news and information on the electoral process are more likely to participate in elections. However, when violence emerges and becomes the norm, the media are not spared from its impact, and as such the access to information of citizens is greatly hindered. Such factors hinder the exercise of the right to freedom of the press and usually results in self-censorship. The public and state agencies therefore need to be educated on the importance of the media in promoting access to information, transparency and accountability.