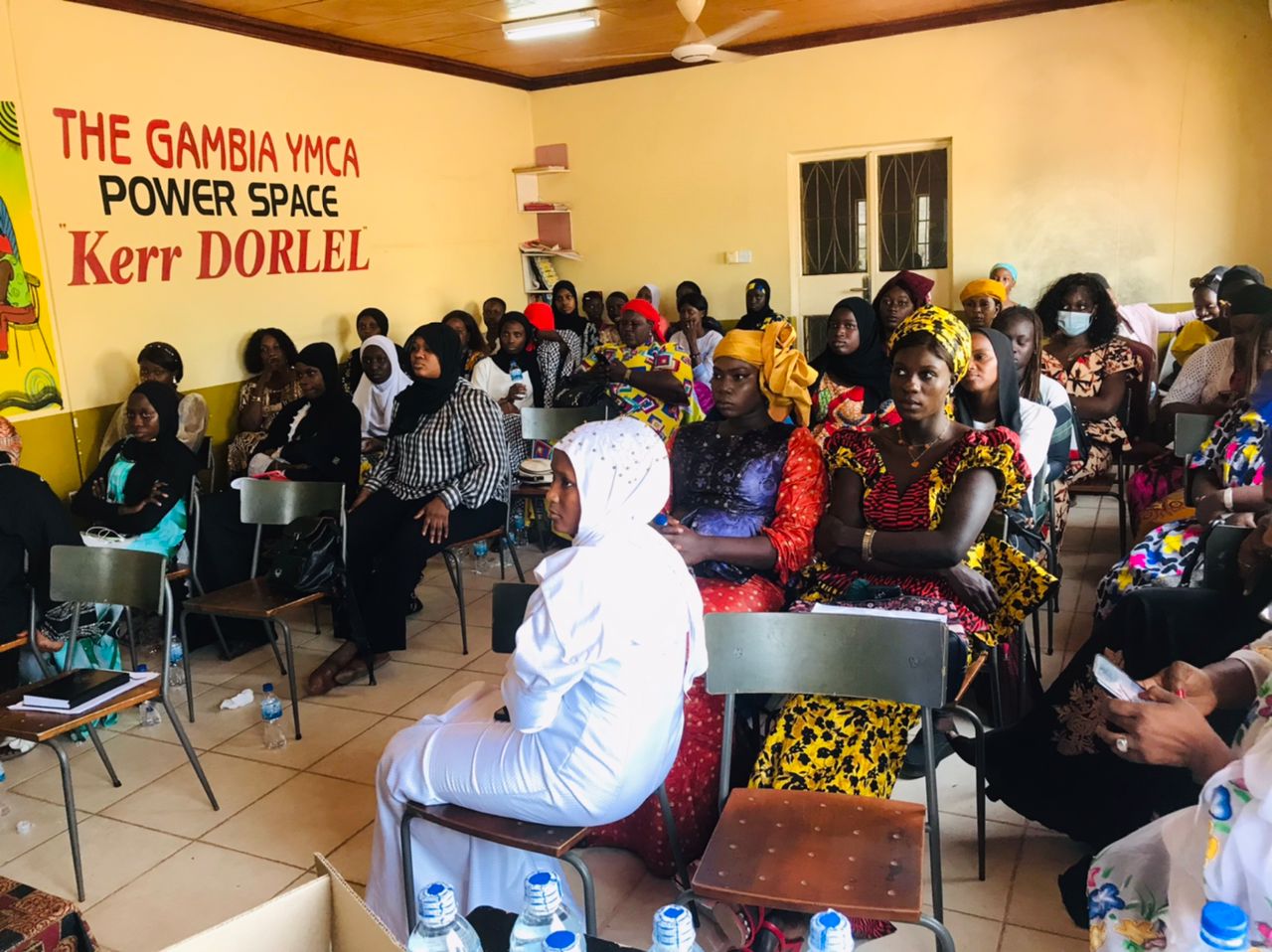 While this year’s theme recognises the contributionof women and girls who are leading the charge on climate change adaptation, mitigation, and response, to build a more sustainable future for all, the GPU believes it is important to highlight the gender inequalities that exist in the Gambian media.

Women journalists play a crucial role in the development of the Gambian media, working as presenters, reporters, editors, technicians, managers and media proprietors.

Despite their contributions to the growth of the media industry and to national development, there exist gaps in terms of gender equality in newsrooms and among media workers.

A study on the Working Conditions of Media Workers in The Gambia conducted by the GPU in 2020 shows that 37% of media workers are female. While this shows that the media is largely dominated by men, the report also shows that significant gaps exist when conditions for both men and women are compared at all levels – in terms pay, positions held, and even treatment.

That research led to the development of a Collective Bargaining Agreement (CBA) aimed at addressing the issues of poor wages, late payment of salaries and a lack of other essential employee benefits.

“To have working conditions improved for women journalists, and by extension, all media workers, is crucial to attaining any efforts at gender equality in the Gambian media and enhancing professionalism and wellbeing,” GPU Secretary General, Modou S. Joof, said. “The GPU is committed to continue engaging media owners and managers to address these challenges.”

According to the research on working conditions, which was funded by the Civil Society Fund (CISU), 46 percent of respondents said they faced discrimination in their workplaces based on gender and family circumstances.

Also in 2020, the GPU commissioned and published a Report on Sexual Harassment in the Media which shows that sexual harassment is prevalent. This informed the drafting of a Sexual Harassment Policy for the Media in The Gambia. Both the study and the policy were produced through a “Breaking the Gender Barrier” project with funded by UNESCO through The Gambia National Commission for UNESCO (NATCOM).

“Issues of sexual harassment and discrimination are factors that undoubtedly militate against efforts to attain gender equality in media houses, and needs to be tackled,” GPU President, Muhammed S. Bah, said. “The adoption of the GPU policy on sexual harassment by media houses will set in motion the implementation of mechanisms to prevent sexual harassment in newsrooms and media entities.”

The GPU recognizes that several women journalists have now acquired diplomas and advanced diplomas in journalism through our training school, the Media Academy for Journalism and Communication (MAJaC), and a good number have also acquired degrees in journalism from the University of The Gambia.

Despite this feat, which shows that there isn’t a lack of knowledge and skills among women journalists, editorial boards and decision-making positions in newsrooms are mainly dominated by men.

While wishing all women media workers a happy Women’s Day, the GPU calls on all media employers to renew their commitment to ensuring gender equality, by:

– Improving working conditions for journalists by signing up to the Collective Bargaining Agreement, which will also promote professionalism and maximise output in terms of quality stories and programming for media houses;

– Complying with local and international labour standards by ensuring media workers are hired based on written employment contracts, are adequately paid, and all benefits due to them, including health, further education/training, social security are met;

– Appointing more women to editorial boards and decision-making positions in newsrooms and other key management positions in media houses;

– Adopting the GPU Sexual Harassment Policy as a guide to ensure a safe and conducive work environment for women journalists and all female media workers; and

– Improving knowledge and awareness of sexual harassment and discrimination at workplaces, and including it in in-house trainings.