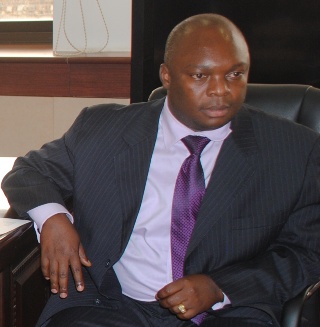 In an unprecedented development, a senior Zambian government official marched to the police headquarters in Lusaka demanding that law enforcement agents do more to protect journalists who are facing increased attacks and harassment.

Information and Broadcasting Services permanent secretary, Amos Malupenga, on 12 March 2021, said he had been receiving several calls from people who wanted to know what the ministry was doing to protect journalists.

“Journalists are more vulnerable towards elections because of the nature of their job,” Malupenga was quoted as saying.

“I came here to police headquarters to lodge a complaint on their behalf.

“I have been receiving numerous calls about what the Ministry is doing with regards to their safety. The Head of State has made his stance clear on this matter and the onus is on (the) police.”

Malupenga said the government supported a free press and a safe working environment for journalists, but that the authorities were saddened by the attacks on journalists and media houses.

“The environment has become unbearable for journalists to operate in. Journalists are failing to do their work freely because there hasn’t been any assurance from police that their safety will be guaranteed.”

The police conceded that more needs to be done to protect journalists.

Deputy Inspector-General of Police for Administration, Richard Mweene, said the law enforcement agents would hold a series of seminars with journalists and come up with strategies on how to protect the Fourth Estate.

“We will protect them. We also want to hear their challenges so that we incorporate best strategies on how to protect them,” Mweene said.

The police said they had arrested four Patriotic Front members that had attacked Chete FM in Nakonde on 10 March 2021.

The co-operation between Zambian journalists and government officials is commendable. It helps foster a safe and conducive environment for the practice of journalism.

The position taken by the police is also encouraging.

MISA Zimbabwe urges other countries in the region to learn from Zambia’s example where there is co-operation between the government, the police and journalists.

Recently, Zimbabwean journalists in Bulawayo held a meeting with the police during which attacks and harassments against journalists were discussed.

Following the meeting, the police called on the journalists to be responsible in their reporting and also promised to investigate attacks on media workers.

Hopefully, such engagements will lead to reductions in media freedom violations and foster an environment that promotes freedom of expression and of the media, as envisaged by the Constitution of Zimbabwe.