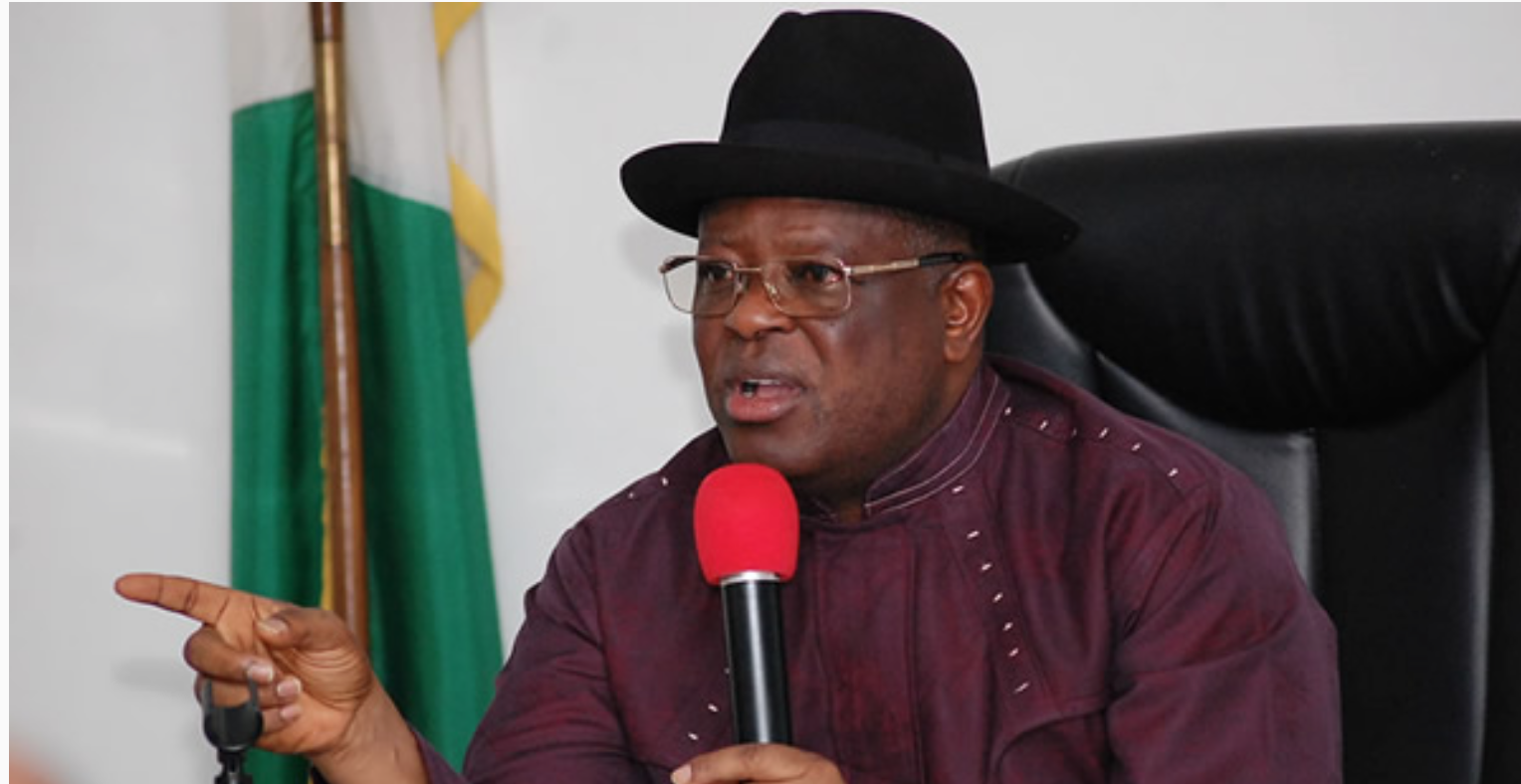 Two Lagos-based media support organizations, Media Rights Agenda (MRA) and the International Press Centre (IPC), have petitioned the Code of Conduct Bureau (CCB) asking it to sanction Ebonyi State Governor David Umahi for allegedly misconducting himself, breaching his oath of office and the Code of Conduct for Public Officers following his recent attacks on journalists in the State.

In a complaint addressed to the Chairman of the Bureau pursuant to Paragraph 3(e) of Part One to the Third Schedule to the 1999 Constitution, as amended, the organizations contended that Mr. Umahi is unfit to continue to hold the office of Governor and requested the Bureau to investigate the matter and invoke the provisions of Paragraph 18(2)(a) and (b) of the Code of Conduct for Public Officers contained in the Constitution to secure his removal from office and disqualification from holding any public office in Nigeria for the next 10 years.

Signed by MRA’s Executive Director, Mr. Edetaen Ojo; and the Director of the IPC, Mr. Lanre Arogundade, the petition recounted the April 18 arrest of Mr. Chijioke Agwu, a reporter with the “Daily Sun” newspaper, on the instructions of the Governor. They also recalled the April 22 state-wide radio and television broadcast by the Governor in which he banned for life Mr. Agwu and Mr. Peter Okutu, a correspondent of the “Vanguard” newspaper, from entering the State Government House or any other Government facility in the State and from covering any government or official functions in the State.

The organizations attached an audio recording of the Governor’s broadcast to the petition, saying it contained inciting statements against the two journalists whom he banned, thereby putting their lives at risk, as well as threats to other journalists in the State whom he said would face dire consequences should they publish any negative story about his Government.

They noted that the actions and conduct of the Governor constitute an abuse of office in that he improperly and illegally used his position and power as Governor in an abusive way to oppress and violate the rights of citizens of Nigeria and put their lives at risk.

The organizations argued that the Governor has no authority under the Constitution or any other Law, whether as Governor or in any other capacity, to take the actions he took, particularly to impose a life ban on journalists or on any other citizen, who have not been charged with or convicted of any offence known to Law.

They accused the Governor of violating his Oath of Office and the Oath of Allegiance, contravening several provisions of the 1999 Constitution, putting Nigeria in a situation of having breached its international treaty obligations, particularly Article 66(2)(c) of the Revised ECOWAS Treaty, where as a Member State of the Economic Community of West African States, Nigeria agreed to co-operate with other Member States in the area of information and undertook to “ensure respect for the rights of journalists.”  They cited the provisions of the Constitution which the Governor violated to include Sections 13, 22, 35(1), 35(3) and 39(1).

The organizations contended that by his illegal and unconstitutional actions, the Governor has brought Nigeria to ridicule before the international community and is responsible for Nigeria’s violation of several international instruments. Among these are the Revised ECOWAS Treaty, the African Charter on Human and People’s Rights, the International Covenant on Civil and Political Rights, as well as various resolutions of the United Nations General Assembly on the safety of journalists and actions that should be taken on impunity for crimes against journalists.

According to them, by conducting himself in the manner he did, the Governor acted arbitrarily and in a manner prejudicial to the rights of other persons, particularly media practitioners engaged in the lawful pursuit of their professional duties as journalists. They contend that he thereby violated the provisions of Paragraph 9 of the Code of Conduct for Public Officers contained in the 1999 Constitution, which states that “A public officer shall not do or direct to be done, in abuse of his office, any arbitrary act prejudicial to the rights of any other person knowing that such act is unlawful or contrary to any government policy.”

Mr. Arogundade said: “We consider the actions of Governor Umahi a grave threat to and assault on our fundamental rights and freedoms as citizens, particularly in the light of his relentless attacks on journalists whose roles are more important now than ever before in the context of a global pandemic that poses an existential threat to humanity. We are motivated to take this step by our conviction that if we in Nigeria are to overcome the current and future challenges, the ability of journalists to be able to continue their professional and constitutionally mandated role of gathering, processing and disseminating information to the public should not be hindered”

His views were echoed by Mr. Ojo, who noted that the Governor had deliberately and unlawfully created a toxic environment for journalists and other media practitioners in Ebonyi State by continually making it impossible for them to carry out their professional duties, recklessly inciting citizens against them and putting their lives and welfare at risk.

Mr. Ojo said: “It is clear to us from the actions and utterances of Governor Umahi that he is lawless and has no regard for the Constitution, his Oath of Office, or common decency. He believes that he is a law unto himself and we have no doubt that such a person is not fit to continue to hold such high office in Nigeria. We therefore intend to use all legal and constitutional means available to us to pursue this matter to its logical conclusion.”