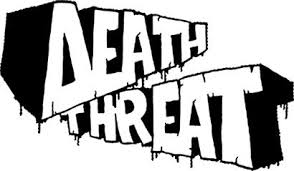 The African Freedom of Expression Exchange (AFEX) calls on the Ugandan police to investigate death threats against journalists working in the Southern Buganda region of the country.

According to AFEX member, Human Rights Network for Journalists – Uganda, a letter containing the names of twelve journalists was discovered by the South Buganda Journalists Association (SOBUJA) on November 5, 2018 in Masaka. The messages threatened to kill the said journalists by shooting, hacking with machetes and/or poisoning. Over the past few months, there have been increased reports of individuals being attacked by unknown assailants with machetes in Masaka. These attacks have resulted in the injury or killing of several individuals in the region.

According to the message typed on a white paper in block letters in Luganda language, the said attack(s) gave different reason over why each of the said journalists was to be killed. The document didn’t however specify when the intended killings would be effected.

“I am in fear for my life given the current trend of senseless killings that start with the perpetrators sending their victims similar threats.” Nsubuga intimated to HRNJ-Uganda

Another journalist, Dismas Buregeya said the issue has been reported to the District Internal Security Office (ISO).

A month ago, one of the journalists on the target list Tomusange Kayinja of CBS FM was nearly shot by unknown gunmen who had trailed/followed him on his way home from work.  The assailants shot and shattered the hind windscreen of Kayinja’s car,  a few meters away from his residence.

Kayinja intimated that now more scared for his life since these threats have come barely a month after the attempt on his life.

AFEX and HRNJ-Uganda appeals to the Ugandan police and other security agencies to, as a matter of urgency, investigate into the matter and ensure that the perpetrators are punished. We also call on the police to put in place immediate measures to ensure the safety of all the journalists.