HomeCensorshipJED and RSF Appalled at the Prohibition of Ducumentary Film on Rape...
Censorship 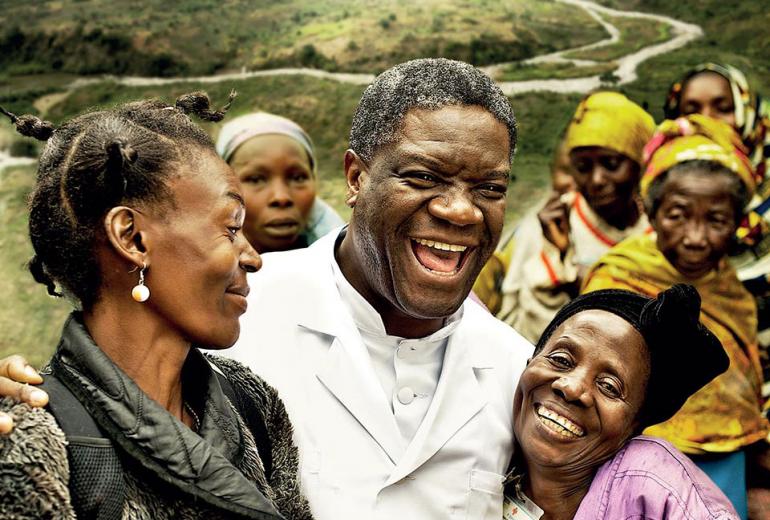 On 2nd September, the Congolese minister of Information Lambert Mende“strictly prohibited” the airing in the country of a film titled “the Man who Rehabilitates Women – the Anger of a Hippocrate”, a film produced by Thierry Michel together with Colette Braeckman, a journalist specialized in Central African affairs. According to the minister, the armed forces feel scandalized by the documentary which is about the use of rape as a weapon of war and the action of Doctor Mukwege to help the victims in South Kivu. Meanwhile, the producers had recently been assured by the minister himself that the film could be shown in the DRC.

“The attitude of the Congolese authorities is shameful and demonstrates their narrow-mindedness. What government is this that denies violence perpetrated against thousands of Congolese men and women over nearly 20years of war in the East of the country; that denies its people their basic right to information and to know the history of their country?” lamented Clea Kahn-Sriber , head of the Africa Bureau of “Reporters without Borders”

“This decision is not based on any law, and is clearly arbitrary, added Tshivis Tshivuadi, General Secretary of Journalists in Danger (JED). If there has been any complaint of defamation from the army, let it be known.And even in that case, how could it have justified this plain act of censorship? In this high-tech era, this anachronistic measure is a shame to the Democratic Republic of Congo”.

Reporters without Boarders and JED call on the Information minister to reverse this act of censorship – even if such a decision only increases public curiosity to watch the film.

In November 2014, Doctor Mukwege was awarded the Sakharov Prize of the European Parliament, which led to the erection of a giant billboard on Kinshasa’s Boulevard du 30 Juin to celebrate the doctor and his award. In 2012, and again in 2015, assassination attempts were made against the doctor. According to the statement issued by Thierry Michel, he lives cloistered in his hospital and goes out only under the protection of United Nations soldiers.

The film has won six international awards in five countries and on three continents.

Of late the government of the DRC has earned notoriety for its disregard for electoral time-lines and for its killer attitude towards the media.

DRC occupies the 150th position in the 2015 ranking of press freedom conducted by Reporters without Borders.