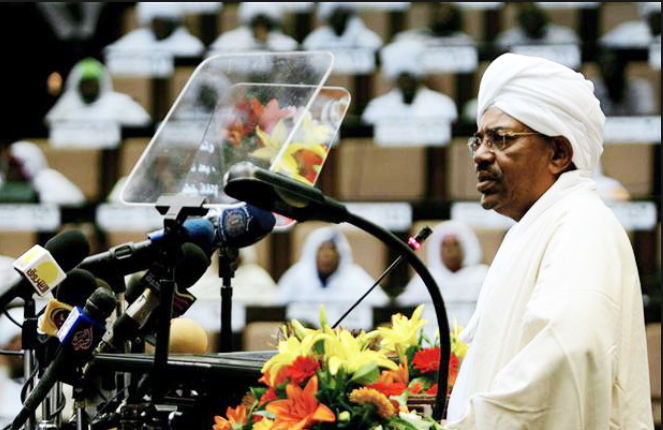 The African Freedom of Expression Exchange (AFEX) is deeply concerned about the continued wave of attacks on freedom of expression in Sudan.

Series of press freedom violations have been recorded in Sudan over the past years. Some of these violations include arbitrary arrest and detention of journalists and media professionals, confiscation of publications belonging to media organisations and suspension of media houses.

Seizure of publications of newspaper organisations a common tool used by Sudan’s national security agency, the National Intelligence and Security Services (NISS) to stifle free speech in the country. Publications which are deemed by the NISS to violate the provisions of the 2009 Press and Publication Act are often confiscated. The 2009 Press and Publications Act allows the NISS to censor content of newspapers before publication. Newspapers which express views that are contrary to the stance of the government on topical issues are mostly targeted by the NISS.

In 2014, the NISS confiscated publications of 35 newspaper organisations in Sudan, according to US-based Freedom House. Though no official reason was given for the confiscations of the publications, it was reported the newspapers discussed corruption within the government sector.

Aside these confiscations, another censorship strategy adopted in 2014 by the NISS, was the suspension of newspapers and arbitrary detention of journalists. In May 2014, the NISS revoked the license of Al-Saiha newspaper for a month following a series of publications on corruption within the public sector. In addition, the NISS interrogated 13 of the paper’s journalists regarding the said publications. In June 2014, a journalist, Hassan Ishaq, working with privately owned newspaper, Al-Jarida, was arrested and detained three months without trial for broadcasting the speech of an opposition leader. Ishaq reported being tortured and being denied medical treatment while in detention. [i]

Despite the series of violations recorded in 2014 which were mainly perpetrated by officials of the NISS, the Sudanese Parliament, in January 2015, amended the National Security Act (NSA) 2010 and conferred on the NISS more powers. The amendment extended the mandate of the NISS from an intelligence agency which was hitherto, responsible for information gathering, analysis and advise to an independent security agency.

With the coming into force of the amended NSA 2010, the NISS has the power, among others, to arbitrarily detain journalists, human rights defenders, lawyers and citizens for a period of over four and a half months without judicial review/trial if they (NISS) deem their work to be critical of the government.  The NISS also has power to seize and confiscate property of citizens.

A month after the amendment, (February 2015), the NISS confiscated publications of 14 organisations, the highest monthly record from January 2014 to December 2015. There was no official reason given by the NISS for this unfortunate incident. [ii]

By April 2015 (election month), the NISS had confiscated newspapers belonging to over 15 media organisations, on 42 different occasions. [iii]

In June 2015, publications of nine newspaper organisations were also seized.

Other violations perpetrated by the NISS in 2015 included;  the suspension of the Al-Tayyar newspaper on December 15, 2015 and the arrest and detention of Chief Editors of Al-Tayyar and Al-Saiha newspapers, Osman Marghani and Ahmed Yousef El Tay respectively on the same day (December 15). They were accused of publishing false news and undermining the country’s Constitution. [v]

Unfortunately, the clampdown on free speech in Sudan continues.

Between January and June 2016, the NISS has confiscated publications belonging to over 12 organisations. Most of the affected organisations have suffered more than one confiscation at a time.

Some of the recorded violations in 2016 include the confiscation of publications belong to:

So far, the NISS has not made known the rationale for the confiscation of the publications of the above mentioned newspapers. However, according to media reports, most of the affected newspapers have been confiscated because they refused to muzzle their content in accordance with the NISS directive.  These confiscations and other freedom of expression violations do not only cow free expression but also have serious financial ramifications for the sustainability of the media organisations.

Sadly, the NISS continues to enjoy immunity as guaranteed by Sudanese law. According to the amended NSA 2010, officials of the NISS are immune to prosecution for any act committed against citizens “in the course of their work” or “in good faith.” This has resulted in a pervasive culture of impunity in Sudan.

AFEX calls on the President of the Republic of Sudan, H.E. President Omar Hasan Al Bashir, to intervene to stop the deteriorating human rights situation in Sudan. We also urge the Sudanese Parliament to review the extensive powers of the NISS which are inconsistent with the government’s obligation to promote and defend free speech as guaranteed by the Constitution of Sudan.