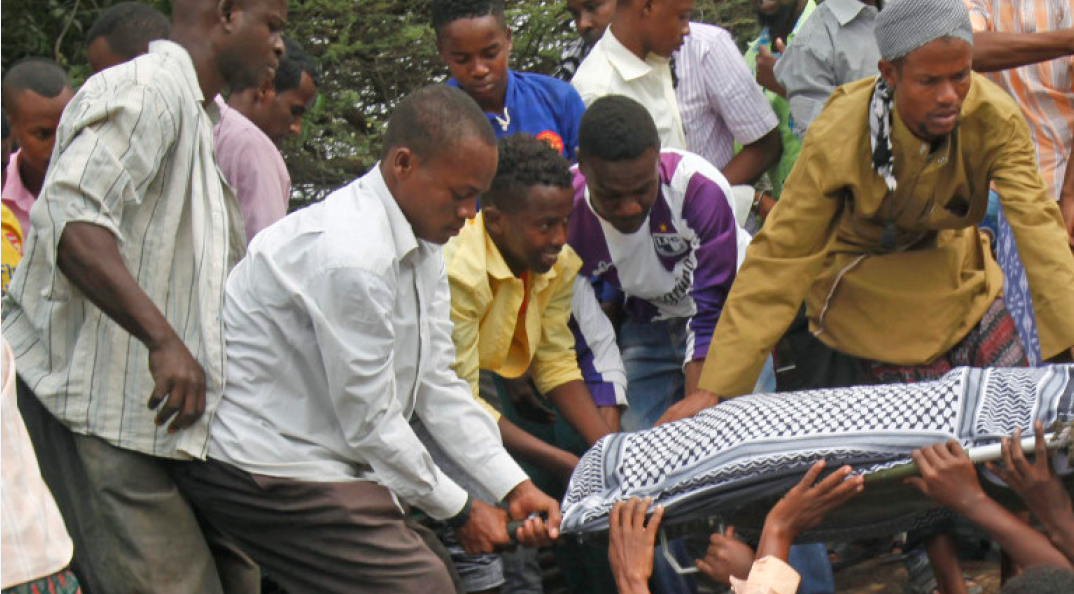 This article was originally published by NUSOJ on February 1, 2016

The National Union of Somali Journalists (NUSOJ) has launched its annual report on State of Press Freedom in Somalia, a flagship activity of the union for the past nine years.

The report discusses in detail the activities NUSOJ carried out during the last one-year, and highlights the dangers journalists in the country are confronted with, as well as attacks on media houses. The annual report also reviews the flagrant culture of impunity and restrictive media environment in Somalia. .

Multiple attacks against journalists and media outlets were carried out during the year. Six journalists were murdered in 2015. Twenty-five were arrested, with some being detained without charge. Others were arraigned before court and several of them were convicted on spurious charges, sentenced and fined.

Media houses were closed down for nothing more than reporting truths that were unpalatable to some of the people in the news. Media outlets and journalists faced pressure from various interests seeking to manipulate the news or obstruct its reporting. These interests include government officials, businessmen pushing a political agenda or furthering their own interests, major advertisers, extremists and militia groups seeking positive coverage or to neutralise critical coverage.

Responsibility of the Federal Government and the regional administrations of Puntland, Somaliland and Hiran for attacks against journalists in 2015 have been thoroughly documented. Al-Shabaab has openly claimed responsibility for the killing of journalists. Islamist group, Ahlusunah Waljama significantly contributed to the oppressive environment in which the media functions in Somalia’s central regions.

“Somalia’s journalists have long been forced to work under difficult and dangerous circumstances, and the year 2015 offered them no respite.
Repression and acts of murder committed against journalists continued unabated. Rights abuses against journalists in Somalia have taken many forms but share a common purpose: influencing their reporting or silencing them” said Omar Faruk Osman, NUSOJ Secretary General.

AFEX and NUSOJ call on the Somali authorities to put in place measures to protect journalists in order to defend and promote freedom of expression. Also, we jointly demand that perpetrators of violence against media personnel and media organisations be punished to end the pervasive culture of impunity for crimes against journalists in the country. The Somali government has a responsibility under the several regional and international protocols to which it is signatory, to create an enabling environment for the exercise of the fundamental right to free expression. The authorities must therefore act, and with the urgency that the desperate situation in Somalia requires.

The full report can be downloaded here.