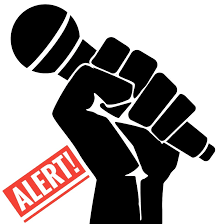 This statement was originally published on zimbabwe.misa.org on August 2, 2018.

Yeshiel Panchia a journalist with the European Pressphoto Agency (EPA) was on 2 August 2018 assaulted by a soldier following deployment of the army to quell protests in Harare.

Panchia told MISA Zimbabwe the soldier whipped him as he tried to render assistance to a man wounded during riots that broke out in Harare yesterday.  A picture of the incident has gone viral on social media.

Panchia is a duly accredited journalist who is in Zimbabwe to cover the country’s elections.

The right to media freedom of both local and foreign journalists should be upheld at all times given the essential role played by the media in the dissemination and sharing of information, views and opinions. Furthermore, the assault of foreign journalists on Zimbabwean soil has negative implications in terms of international humanitarian law provisions that seek to protect journalists working in foreign lands.