HomeAttacksAFEX Condemns Assault of Journalist by Police in Puntland
Attacks

AFEX Condemns Assault of Journalist by Police in Puntland 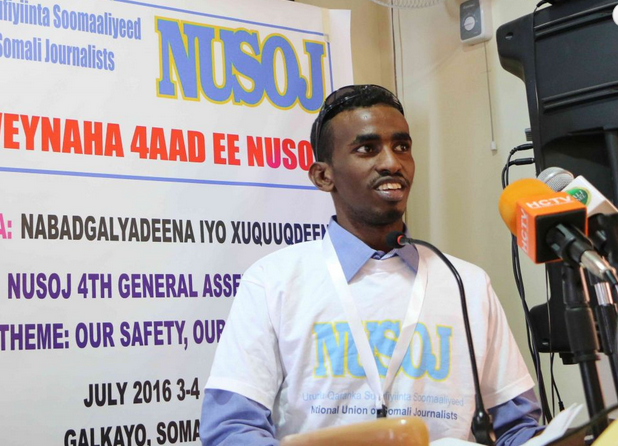 The African Freedom of Expression Exchange (AFEX) joins its member, the National Union of Somali Journalists (NUSOJ) to condemn the attack on journalist, Ahmed Mohamed Ali by police in Galkayo, in the Mudug region.

According to a statement issued by NUSOJ, around 8pm, on Sunday, February 5, 2017, about 30 armed police officers raided the premises of Radio Voice of Peace. The police pulled journalist, Ahmed Mohamed Ali, popularly known as Aano Geel, director of the station, out of his office, and started beating him up with guns and batons.

Mohammed Ali sustained injuries in the neck, shoulders, lower back and chest and was admitted to the hospital. Another journalist working with the station, Rabile Abdikarim Mohamud, was threatened when he tried to intervene.

As at the time of writing this statement, no reason had been given for the attack on the journalist.

NUSOJ has therefore condemned the attack.

“We condemn the actions by the Puntland police for beating up journalist Ahmed Mohamed Ali. We implore the Puntland Police to investigate the case expeditiously and bring the perpetrators and the masterminds of this act to book. This callous behavior must not go unpunished,” the Secretary General of NUSOJ, Omar Faruk, said in the statement.

AFEX joins NUSOJ to call on the police in Puntland to immediately investigate into the matter and bring the culprits to book. This barbaric attack against the journalist is unacceptable and must not be left unpunished.