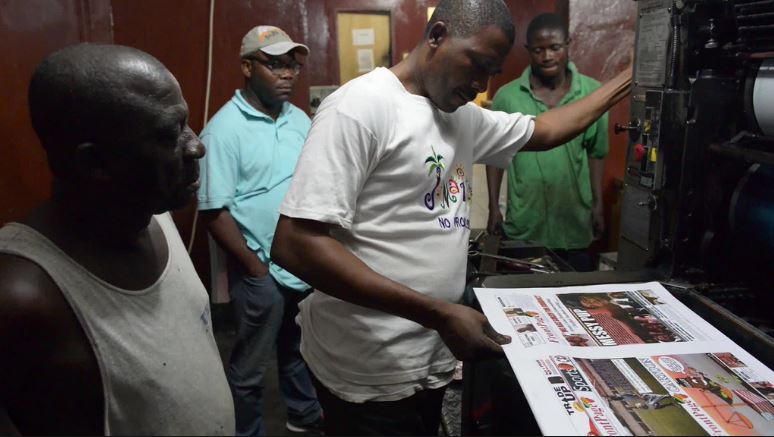 Monrovia, May 2, 2022: As the world celebrate Word Press Freedom Day on May 3, 2022, the Center for Media Studies and Peace Building has flagged the significance of the day and its meaning to the challenges that journalists continue to face in doing their work.

CEMESP specifically notes the challenges Liberian journalists continue to face with instances of attacks perpetrated against them during the lead up to the celebrations.

CEMESP notes the strides that have been made in Liberia with the passage of the Kamara Abdullah Kamara Act of Press Freedom in February 2019.

A CEMESP World Press Freedom Day statement issued in Monrovia on Monday, notes that the decriminalization of speech by the government has not done much to curtail some anti-media actions carried out by state and non-state actors.

The statement quotes CEMESP’s Executive Director Malcolm Joseph as saying the continued refusal of the government to allow Punch FM to operate; the decision of the government to stop some broadcasters from hosting a government critic on their radio stations; and the failure of the state to hold people accountable for attacks on journalists and the media as shortcomings the government must commit itself to address in the coming year.

CEMESP notes that its tracking of violent and other extrajudicial actions against Liberian journalists in the year  2021 found that physical assault accounted for 47% of such violations which represented a 14% increase on the 2020 occurrences. The tracking also found that violations that involved threats and resulted in the destruction of property belonging to journalists constituted 23% of negative actions against journalists in the country in 2021.

As was the case in 2020, the CEMESP tracking found that supporters of political parties or individual politicians remained the main source of violence against journalists. These accounted for 42% of all violations. Supporters of the ruling party were the perpetrators of 18% of these violators, while 12% of them were carried out by the opposition. Government officials and security officers each accounted for 23% of violations against journalists.

The media development institution calls on Liberian journalists to remain steadfast in maintaining the ethics of good journalism as they join their counterparts around the word to celebrate the day.

At the same time, the Center for Media Studies and Peacebuilding is calling on duty bearers and development partners who have roles in promoting media safety  not to  see it as mutually exclusive from the ideals of protecting the right to stand up for the rule of law, accountability and good governance, promoting the right of women and children and advocating for a safer environment and world peace.

This, CEMESP says is not a moment to apportion blame but to accept that we have to do more as a nation to protect media freedom. When journalists are safe to do their work it creates the assurance that good governance is thriving.

CEMESP therefore uses the celebration of this year’s World Press Freedom Day to make a special case for journalists safety as Liberia moves toward the 2023 General Elections, when more journalists will be exposed and vulnerable to attacks and threats, as research reports can attest to in this country.