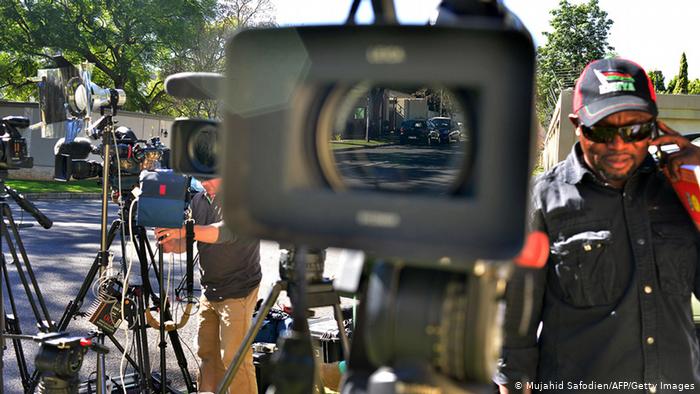 The Media Institute of Southern Africa (MISA) on June 21, 2021, wrote to the Chairperson of the Southern Africa Development Community, President Filipe J. Nyusi of the Republic of Mozambique regarding the safety and security of journalists and the implementation of contentious cybersecurity laws in the SADC region.

In its letter, the regional body also cited that the media had not been included in the SADC regional development framework, Vision 2050.

The Media Institute of Southern Africa (MISA), by virtue of this letter, proffers its sincere greetings and compliments to you.

Your Excellency, allow me on behalf of the MISA Regional Governing Council to convey our heartfelt condolences on the passing on of the people’s Republic of Zambia’s founding leader, His Excellency President Kenneth Kaunda.

President Kaunda belongs to the selfless generation of leaders that sacrificed their countries’ socio-economic development and improved livelihoods for their citizens in the furtherance of the strategic objectives for an independent and free Africa.

The MISA family joins the rest of the world in mourning the passing on of this gallant son of the continent and is indeed inspired by his indelible and enduring footprints in his quest for a just and free continent and indeed the entire world.

Your Excellency, by virtue of this letter, we write to inform you that the secretariat of MISA, the regional body advocating for the improvement and enjoyment of media freedom, freedom of expression, access to information and the protection of privacy rights, is now based in Harare, Zimbabwe.

The organisation was officially launched in September 1992 when it elected its first Regional Governing Council (RGC) in Windhoek, Namibia.

MISA was established by southern African media practitioners to implement the 1991 Windhoek Declaration on Promoting an Independent and Pluralistic African Press, hence the decision then, to locate the Regional Office in Windhoek.

By June 1994, MISA had opened a Regional Secretariat in Windhoek employing three people. In 1996, it transformed itself from a regional network of activists into a regional NGO with membership-based National Chapters.

Its Regional Secretariat then moved to Lusaka, Zambia in 2018, and subsequently, to Zimbabwe on the 4th of June 2021.

MISA is generally considered by stakeholders, as one of the strongest organisations working for media freedom and freedom of expression in Southern Africa.

MISA has since positioned itself as the primary advocate for media freedom and freedom of expression in Southern Africa. Each Chapter enjoys a national membership made up of media practitioners and media institutions.

Your Excellency, we are happy to inform you that MISA programmes have since grown and now have a global outreach, and most notably, through the organisation’s media violations monitoring programme.

MISA’s work and agenda has also been taken up by many civic organisations in the region, thereby creating consciousness on the linkages between media freedom, freedom of expression and broader human rights, democratic and development campaigns.

Its Regional Governing Council is chaired by the current MISA Zimbabwe Chairperson, Golden Maunganidze.  The deputy chairperson is the MISA Lesotho Chairperson, Nkoale Oetsi Tsoana,  while the Chairperson of MISA Tanzania, Salome Kitomary,  is the Treasurer.

Your Excellency, let me also take this opportunity to bring to your attention, key issues that we are grappling with as a region as far as freedom of expression, access to information and media freedom are concerned.

These issues, which are of great concern to us, pertaining to the disappearance of Azory Gwanda of Tanzania, and Ibraimo Mbaruco of Mozambique; the continued persecution of Hopewell Chin’ono in Zimbabwe, and persecution of Eswatini journalists Eugene Dube and Zweli Dlamini, and the general targeting of journalists in that country,  and the state of insecurity in northern Mozambique.

Furthermore, Southern African countries are seemingly in a race to implement contentious cybersecurity laws following the SADC Heads of State and Government Summit in Maputo in 2020.

MISA is concerned with the seeming regional consensus on the need to snoop on the Internet without much attention and due regard to the enjoyment of fundamental human rights, particularly the protection of citizens’ right to privacy.

Further, the fake news regulations which started with South Africa, triggered similar laws in Botswana, Zambia, Eswatini and Namibia, among others.

Zambia has already enacted a cybersecurity law, while Zimbabwe is following suit.

On the other hand, the Lesotho government has gazetted the Communications (Subscriber Identity Module and Mobile Device Registration) Regulations of 2021, which makes it a requirement for everyone in that country using mobile phones to have their personal information stored with the Lesotho Communications Authority (LCA) and accessed by security agencies with ease, but without their consent.

Sometime in April 2021, the Information and Communications Technology Authority (ICTA), of Mauritius, proposed amendments to the ICT Act which were supposedly aimed at ‘regulating the use and addressing the abuse and misuse of social media in Mauritius’.

The Cybercrime and Data Protection Bill before Zimbabwe’s parliament seeks to establish a mass surveillance society through compromising data handling, storage and retrieval, among other issues. In the majority of these proposed frameworks in Lesotho, Mauritius and Zimbabwe, they entrench surveillance and censorship.

Your Excellency, it is our humble submission, that these laws fall far short of regional and international standards and instruments on human rights such as the African Union Convention on Cyber Security and Personal Data Protection (Malabo Convention), which sets the standards for cybersecurity and personal data protection laws as well as capacity building, knowledge exchanges and experience sharing among signatories.

Further, in February this year, Citizen Lab, a Toronto based research organisation, conducted research on the use of spyware. It detected that there were seven African countries using the Circles spyware to snoop on citizens’ communications.

Zimbabwe, Zambia and Botswana, are among the seven African countries from SADC, that were identified as using the Cycles spyware. This is in violation of both domestic laws and ACHPR frameworks that protect the right to privacy.

MISA notes that the SADC regional development framework, Vision 2050, does not have a media component. This a glaring omission given that the media is a key strategic partner for the realisation of socio-economic development.

A free and secure media is critical in supporting the region in the provision of access to information for socio-economic development, poverty eradication, and regional integration.

MISA reaffirms the crucial role of the media towards the fulfilment of the Sustainable Development Goals (SDGs), Agenda 2063, and sustainable socio-economic development in the Southern African region.

With this in mind, MISA urges regional governments to take all necessary measures to guarantee the safety and security of journalists. The media can only play its role in promoting sustainable development and regional integration if it is allowed to operate freely.

In addition, MISA urges SADC governments to ensure that the region’s cybersecurity regulation is informed by the revised principles of the ACHPR Declaration on Freedom of Expression and Access to Information which recognises the Internet as a fundamental right.

In cases where countries have developed repressive legislation and regulations against fake news following the COVID-19 outbreak, MISA requests for a roadmap of when these laws will be repealed.

SADC members states could emulate and take a cue from Namibia and Ghana, notwithstanding other challenges,  which are ranked number one and two on the continent;  24 and 30 respectively on the global scale by the Reporters without Borders (RSF) 2021 World Press Freedom Index.

Your Excellency, MISA remains open to constructive engagement with the Governments of Southern Africa, through the SADC Secretariat, and is more than willing to share and offer its expertise on these issues that require immediate attention.