Media must fight against corruption, not just report on it – MFWA 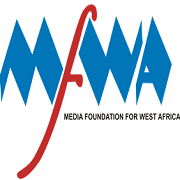 The Media Foundation for West Africa (MFWA) is deeply worried that the overwhelming majority of the media in West Africa and specifically Ghana concentrate on routine reporting of public events rather than driving change and fighting injustice through investigative reporting.
The MFWA is equally worried that, the few who also produce critical or investigative pieces that expose corruption close their files after reporting on a few incidents, instead of engaging in a sustained campaign against the menace. As evidenced by several researches, corruption is one of the biggest challenges confronting good governance and development in West Africa and Ghana for that matter. This is manifested, among others, through political intolerance, lack of accountability and transparency, low level of democratic culture and limited inclusion of citizens in governance processes. The results have been depletion of national wealth, increased costs of goods and services, social inequality, persistent poverty, insecurity and lack of basic services.
Fighting the corruption menace requires a media that is independent, vibrant and assertive to expose such malpractices. The media by its watchdog role and agenda-setting capability should not only report on corruption issues or only wear an appearance of fighting the menace. The media must go beyond just reporting allegations to providing real evidence. When evidence exists, they must be relentless in their pursuit for perpetrators to be punished. They must actively fight corruption by engaging in persistent probing of how public resources are utilized; ask critical questions, follow up on issues of public interest and hold defaulting duty-bearers accountable to the citizens.
The MFWA therefore calls on the media to demonstrate greater commitment and wage a tireless fight against corruption by being campaigners against the canker rather than just channels for reporting incidences of malpractices and corruption. This should be the priority of the media in a developing country such as Ghana.
The MFWA is committed to working with, and supporting journalists and media organisations that wish to tackle corruption and bring about real change. Under our Journalism for Change (J4C) Initiative we are committed to enhancing the capacity of the media to be agents of change and engage in impact journalism. We urge the media to consciously join in the fight against corruption.
Issued by the MFWA in Accra on September 11, 2015.
The MFWA is a regional independent, non-profit, non-governmental organization based in Accra. It was founded in 1997 to defend and promote the rights and freedom of the media and of expression.
Share
Facebook
Twitter
Pinterest
WhatsApp
Previous article
‘Online media can contribute to citizen participation, good governance’
Next article
Lesotho: Revue de presse de Basotha, projet de la consolidation de la paix et de reportages du conflit
Recent articles
Freedom of Expression Violations