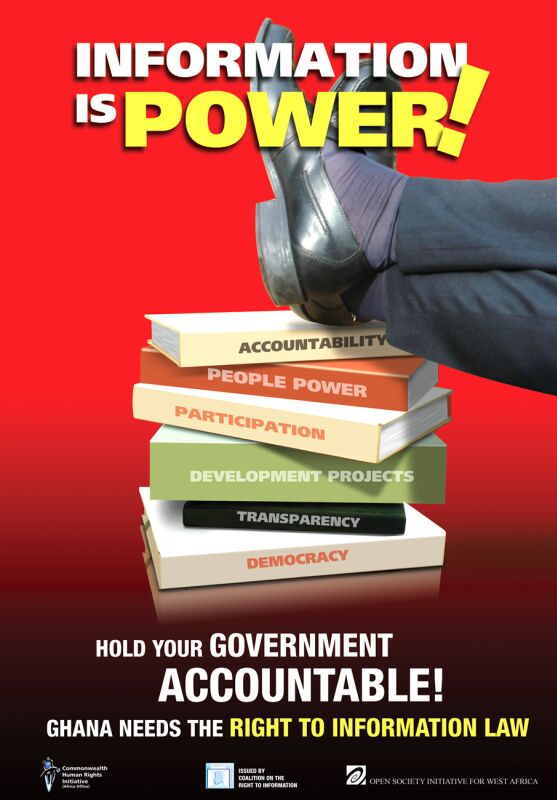 Several transitional countries in the West Africa region are doing better than Ghana in terms of demonstrating stronger commitment to transparent governance.
A number of countries in the region, which have gone through years of civil wars or transitioning from recent political crises have empowered their citizens with a legal right to access public information and to demand accountability. They have done so by passing Right to Information (RTI) Laws.
The latest to join the league of countries in the region that have demonstrated commitment to transparent governance through the passage of a RTI law is Burkina Faso. The country’s transitional Parliament passed the RTI law on Monday August 31, 2015. Burkina Faso becomes the 7th country within the West Africa region and the 17th across Africa to have a Freedom Of Information (FOI) law.
The passage of the RTI law by the Transitional Parliament of Burkina Faso is considered a bold and significant commitment to good governance giving that the country is going through a process of democratic reconstruction following the overthrow of former President Blaise Campoare in October, 2014.
Other transitional countries that have shown commitment to transparent governance through the passage of a RTI law are Liberia, Guinea, Sierra Leone and Cote d’Ivoire.
Liberia, as part of its efforts to rebuild the country 15 years after its civil war, passed an RTI law in 2010. Similarly, Sierra Leone, which went through a brutal civil war as well as post-conflict governance challenges, guaranteed its citizens the legal right to access public information by passing a RTI law in 2013.
Guinea, which has also been going through waves of political crises in the last two decades, guaranteed its citizens the right to access information by passing the law in 2010. Despite its turbulent political crises less than five years ago, Cote d’Ivoire also guaranteed its citizens the right to access public information and demand accountability by passing a RTI law in 2014.
Governments have often cited security challenges as reasons for not wanting to pass a RTI legislation. Significantly, despite security challenges posed by fundamentalist groups in Nigeria and Niger, both countries guaranteed their citizens the legal right to access information by passing RTI laws in 2011.
Ghana is touted as the most stable democracy in West Africa. Successive governments, including the current government of the National Democratic Congress (NDC) have trumpeted their commitment to transparent and accountable governance. Regrettably, Ghanaian governments and successive sessions of parliament have denied Ghanaians the legal right to access information. This is despite more than ten years of pleas by the citizenry and advocacy by civil society groups for a RTI law to be passed.
While we congratulate the transitional leadership in Burkina Faso on taking such a bold decision to foster transparent, accountable and responsive governance, we urge the government and Parliament of Ghana to speed up the process of passing Ghana’s RTI law.
The right to access information is a fundamental human right guaranteed by regional and international instruments to which Ghana is a signatory.
The MFWA also calls on other countries in the West Africa region that have no RTI laws to adopt such laws to promote transparency and accountability in governance. We also urge the ECOWAS to adopt a regional framework on access to information in line with the Protocol on Democracy and Good Governance.
Issued by the MFWA in Accra on September 2, 2015.
The MFWA is a regional independent, non-profit, non-governmental organization based in Accra. It was founded in 1997 to defend and promote the rights and freedom of the media and of expression.
Share
Facebook
Twitter
Pinterest
WhatsApp
Previous article
MRA Condemns Arrest and Detention of Journalist, Calls for his Unconditional Release
Next article
Gambia: Authorities revoke permission for Al Jazeera staff, threaten them with arrests
Recent articles
Freedom of Expression Violations