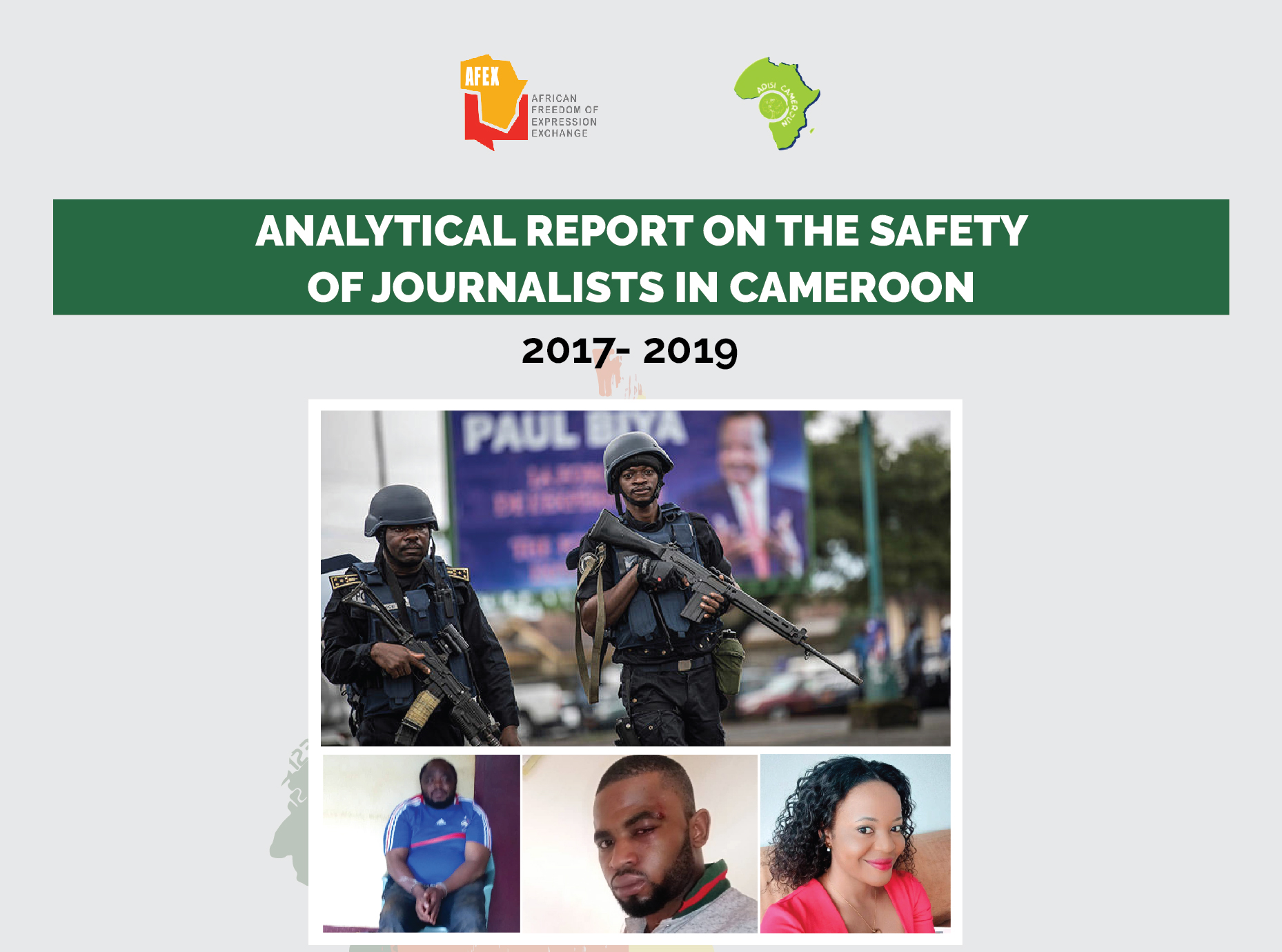 In a joint report produced by the Accra-based African Freedom of Expression Exchange (AFEX) and its member in Cameroon, Association pour Le Développement Intégré et la Solidarité Interactive (ADISI-Cameroun), the two organizations called on the government of Cameroon to adopt urgent steps to end the ongoing attacks on journalists and activists working in the country. The Report highlights the state of the press freedom and access to information in Cameroon between January 2017 – March 2019.

AFEX and its member, ADISI-Cameroun, note that the situation of journalists and the media, as well as access to information, has considerably deteriorated over the period under review. The data collected indicate that there is an increased crackdown on journalists working in the country mainly as a result of the socio-political and security crisis the country has been experiencing over the past two years in its English-Speaking regions.

State actors were identified as the major perpetrators of freedom of expression violations recorded. Non-state actors like unknow individuals were also responsible for some of the attacks. Several journalists were arrested, physically assaulted or had their their equipment destroyed by security officials in the country. The crackdown has forced a number of journalists to flee the country to neighbouring Nigeria and some have even gone on exile to the united States and South Africa. Others have left these regions to find safety in major towns such as Douala and Yaounde. Those who remain in the Anglophone regions are subjected to frequent threats or harassment from state-actors. This has forced most of these journalists into self-censorship for fear of reprisal.

There is the need for the government of Cameroon to take urgent steps to put an end to the ongoing crisis in the English-Speaking regions of the country and also ensure that the rights of journalists and activists are respected.

AFEX and ADISI-Cameroun takes this opportunity to call on public authorities and civil liberties stakeholders to respect the conventions that govern the profession of journalists and the media in Cameroon.