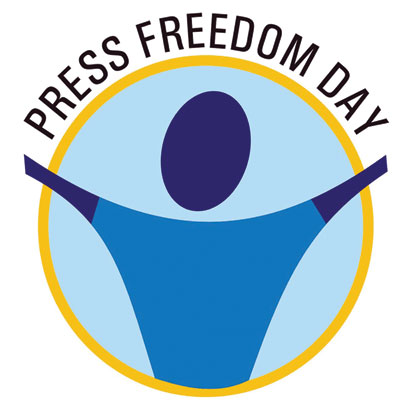 As the World marks Press Freedom Day today under the theme, “Access to Information and Fundamental Freedoms: This is your Right!”, the African Freedom of Expression Exchange (AFEX) network wishes to highlight the situation of Access to Information (ATI) on the continent.

Access to Information (ATI) has been recognised as an important anti-corruption tool and a cornerstone for development. When citizens have access to information, they are well informed and consequently, empowered to participate in governance which is a fundamental factor in the development of every democracy.

The passage of ATI laws guarantees and empowers citizens to hold governments accountable by seeking and receiving information on how their national resources are used and managed. It promotes the realisation of economic, political, civic and social rights of the public.

The African Freedom of Expression Exchange (AFEX) network notes the gradual increase in the number of African countries that have passed ATI laws within the past sixteen years.

Between 2000 and March 2016, nineteen African countries have passed Access to Information (ATI) laws. South Africa was the first African country to pass the ATI law. Angola and Zimbabwe followed suit making the Southern Africa region a model for passage of the law. Uganda and Ethiopia in the East African region also passed the ATI laws in 2005 and 2008 respectively. Liberia paved the way for the West African region in 2010. Between 2010 and 2016, eight West African countries have passed ATI laws making West Africa, the region with the highest number of countries with ATI laws. Up to date, five countries in Southern Africa, five in Eastern Africa, eight in West Africa; and Tunisia in Northern Africa have ATI laws bringing the total number to nineteen.

Unfortunately, no country in Central Africa has passed an ATI. The process for the passage of the ATI law in Central Africa has been at a slow pace. The ATI law process which began in 2009 in the Democratic Republic of Congo (DRC), for example is currently going through second reading in the Senate before being passed. As required by Congolese laws, it will then go through the same process in Parliament before its passage.

Despite the progress made in West Africa regarding the passage of ATI laws, about half of the countries in the region are yet to give their citizens the legal right to access public information.

As we mark Press Freedom Day today, AFEX commends the 19 countries on the continent that have shown commitment to guaranteeing their citizens the right to access and receive information by passing ATI laws. We urge the governments of these countries to ensure that the passage of these laws do not simply represent a symbolic gesture by effectively implementing in the ATI laws in practice. AFEX is also urging countries that are yet to adopt ATI laws to fast-track the process to ensure that their citizens can access and receive public information.

World Press Freedom Day is globally observed every May 3, to reiterate the need to promote Press Freedom and to reflect on ways of promoting the media’s role in development.