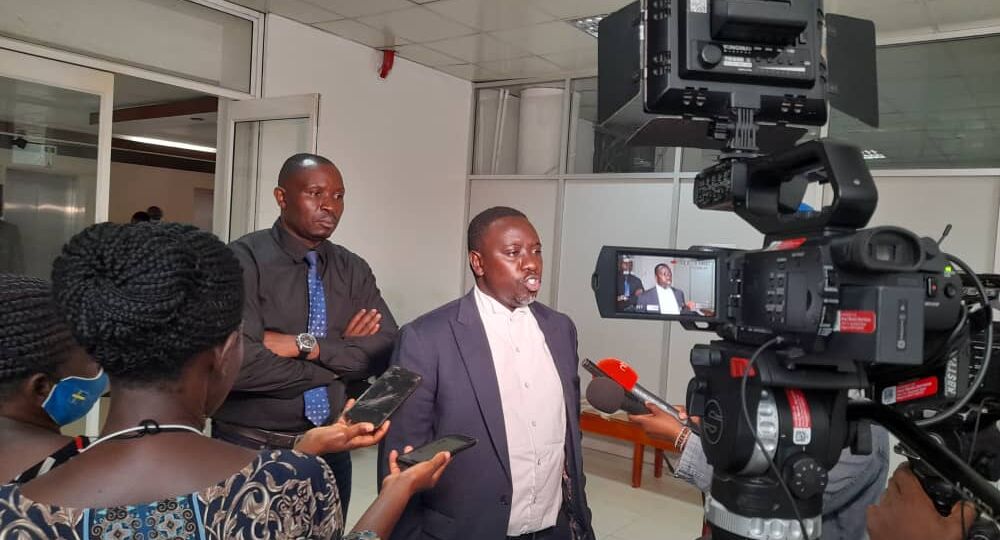 Sources have told Human Rights Network for Journalists-Uganda (HRNJ-Uganda) that studio equipment such as cameras and computers were taken as well as the station’ mobile van.

The reason for their arrest is not yet known. HRNJ-Uganda  spoke to the Criminal Investigations Directorate (CID) Spokesperson Charles Twiine who denied any knowledge of the raid and arrest of the DIGITALK TV staff.  The army spokesperson, Brig. Gen. Felix Kulayigye also denied being aware of the arrest, “I am not aware of such a thing. Is there any controversial programme they did recently? Kulayigye asked HRNJ-Uganda during an interview. The whereabouts of all the nine staff remains unknown after a long day of their search by the HRNJ-Uganda team.

Meanwhile, on the same day, twelve (12) plain clothed men presumed to be security operatives raided Vision Group Offices in Kampala for about three hours. It is alleged that the security operatives wanted to arrest Lawrence Kitatta, a Bukedde journalist for unknown reasons.

During an interface with the HRNJ-Uganda team Friday morning, Kitatta explained that he is in fear for his life since he does not know the motive of the said security personnel.

He revealed that his trouble started when he went to cover a protest staged by torture victims at the Deputy Speaker’s (Anita Among) residence in Kololo on 21st February 2022 where he was assaulted by security officers and his camera and laptop destroyed in the process. He noted that ever since he covered the protest, he has been receiving threats from unknown people.

“We condemn the act of security operatives raiding the DIGITALK Offices and subsequently arresting all the staff at the premises and detaining them incommunicado. The security should make public their whereabouts and produce them in court as soon as possible so that justice prevails. We also urge the Uganda Police Force to expeditiously investigate Kitatta’s case of threatening violence to bring the perpetrators to book.” Said the HRNJ-Uganda Executive Director, Robert Ssempala