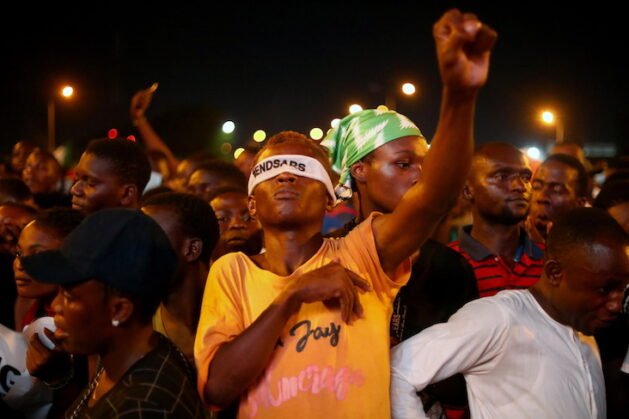 The International Press Centre, IPC, Lagos-Nigeria is extremely concerned about latest happenings in the country with respect to the #ENDSARS and #ENDSWAT protests especially the targeting of media institutions and harrassment of journalists.

IPC particularly condemns the Wednesday October 21, 2020, arson attack on Television Continental (TVC) as well as the molestation of the journalists and other media professionals working in the establishment by a mob.

IPC equally condemns the assault on some security personnel attached to Channels Television that led to temporary halting of broadcasts by the station.

IPC also decries the attack on Toyin Yusuf, a journalist with Osun State Broadcasting Corporation and another member of the Nigerian Union of Journalists by some angry youths while covering the protests in the state.

IPC further condemns the prevention of an Arise TV crew from carrying out their legitimate duty at the Lekki Toll Gate, Lagos, by a group of soldiers also today, Wednesday, October 21.

Executive Director of IPC, Mr. Lanre Arogundade, warned that molestation of journalists and other media professionals either by the security agents, mobs or protesters was not acceptable: “The media and journalists have the legitimacy to report the current crisis across the country with a view to bringing truthful account to the citizens and under no circumstances should they be subjected to hardship in the course of doing that. We therefore condemn in totality the various attacks so far recorded and demand that they should stop”.

According to Mr. Arogundade, the security agents should instead of firing live bullets at peaceful protesters confront those engaging in arson with a view to bringing them to justice.

He enjoined the security operatives to take necessary actions to ensure a safe environment for journalists and other media professionals to carry out their duties unhindered while enforcing the curfew imposed in Lagos and some other states.

Mr. Arogundade also said it was imperative for journalists covering and reporting the #EndSARS protests and the fall out to stick to the principles of good and conflict sensitive journalism that require balance, shunning of bias, avoidance of hate speech, discipline of verification, fact checking, use of reliable sources, giving voice to victims and the affected, and thorough investigation of claims and counter-claims.

MRA Condemns Attacks on the Media During #EndSARS Protests as Reprehensible