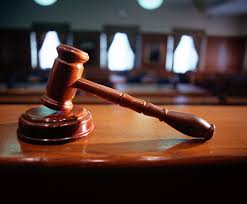 Mulindwa Mukasa, a journalist with the Associated Press, has on June 22, 2015 been acquitted by the Magistrates Court of obstructing the former District Police Commander, Wandegeya Police station, Julius Ceaser Tusingwire while executing his duties.

In her ruling, the Senior Principal Magistrate at the Law Development Centre Court, Jolly Nkore Shwanda said that the prosecution evidence was inconsistent and heavily discredited by the defense during cross-examination to be relied on.

“… Directing my mind as Court to the law and the evidence provided on record, there were great differences especially the testimony of the second prosecution witness having been discredited during cross examination. I fail to find that the accused has a case to answer. I accordingly acquit him as prayed for by defense Counsel,” ruled the Magistrate.

Mulindwa was represented by HRNJ-Uganda’ lawyer Catherine Anite while the prosecution was led by Naluzze Aisha Batala.

In June 2014, Mulindwa was charged with obstructing Julius Ceaser Tusingwire, the then District Police Commander of Wandegeya Police Station in November 2013 while transferring Kasule Richard alias Kamaggu, a radio journalist who had been arrested for hosting an opposition politician, the Deputy Lord Mayor, Sulaiman Kidandala.

Prior to this criminal charge, Mulindwa had instituted civil proceedings in the High Court against Tusingwire accusing him of harassment while covering the arrest and detention of Kamagu. The matter is currently before Justice Lydia Mugambe.

Speaking to HRNJ-Uganda after the ruling, Mulindwa said that the criminal charge was trumped up and diversionary and that he is happy to finally regain his freedom to pursue the civil case against Tusingwire who must answer for his unprofessional conduct against journalists.

“Despite the lengthy trial, justice has finally been procured. It is unfortunate that police is misusing its powers to harass and intimidate journalists through tramping up charges which they cannot prove. Police should promote the safety of journalists other than curtailing their freedoms.” said Robert Ssempala, the National Coordinator.