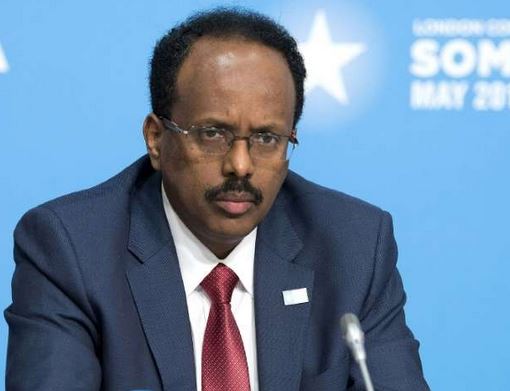 The African Freedom of Expression Exchange (AFEX) has called on the President of Somalia, Mr Mohamed Abdullahi Mohammed Farmaajo, to ensure that new repressive media bill, which seeks to muzzle freedom of expression rights, both offline and online in the country is not passed by Parliament.

The new bill which was adopted on July 13, 2017 has been criticised as an attempt by the federal government to restrict press freedom rights and curtail freedom to practice journalism in the country. The bill contains many repressive clauses which can seriously undermine the exercise of freedom of expression rights in Somalia.

In a petition delivered to Villa Somalia (the Presidency) on July 20, 2017, members of AFEX expressed deep concern about the endorsement of the new media bill by Somalia’s Council of Ministers and urged the President to intervene to ensure that the bill is not adopted by Federal Parliament in its present form.

If adopted, the law will allow government to establish a statutory media regulatory body – Somali Media Commission (SMC) by nominating, approving and appointing its 9 members, thus compromising the independence of the SMC.

Sections of the bill also require anyone who wants to practice journalism to be registered with the Ministries of Information across the country in order to seek accreditation before practising journalism, and the government is involved in setting ethical standards that journalists and media houses have to abide by. These provisions are contravening Somalia’s Provisional Constitution as well as regional and international frameworks to which Somalia is signatory.

You can access the full petition delivered to the President of Somalia here.