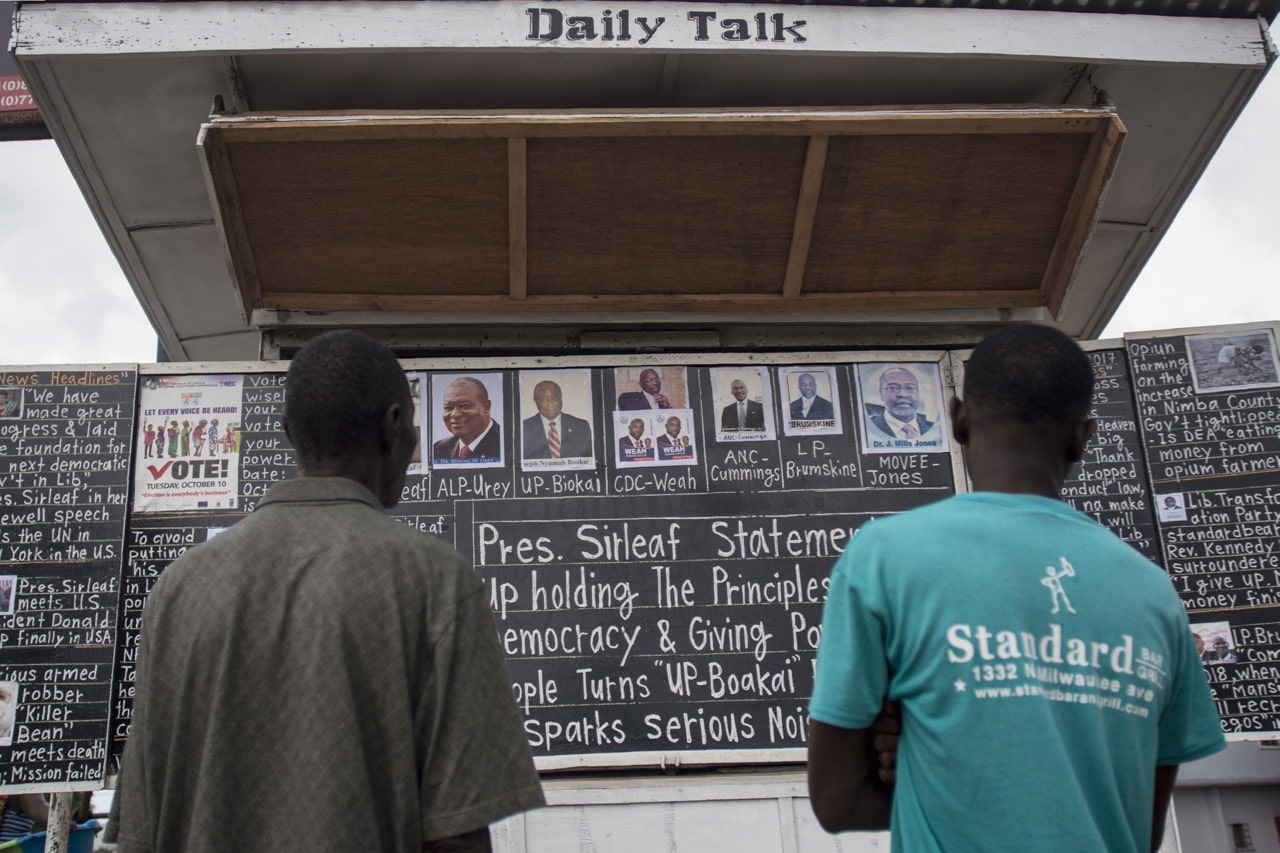 Police in Monrovia have seized broadcast equipment belonging to the editor of the local daily and online publisher FrontPage Africa (FPA).

National security forces executing a search and seizure warrant on Tuesday May 12, 2020 forcefully ended journalist Lennart Dodoo’s live video and demanded that he delete the nearly 42 minutes of live stream from the local daily’s Facebook page.

He explained that his refusal to implement the order from nearly 20 armed security agents angered them and thereby they ordered him to hand over the phone. As he attempted to call his boss for intervention, the police again seized his other phone.

“They seized my two phones and when I asked them why, one of the officers said, they had received instructions from their bosses. I don’t know which bosses they were talking about.”

“I was later made to leave the room in which they were carrying out the ‘search and seizure’,” editor Dodoo said.

The Vice President of the Press Union of Liberia, Daniel Nyankonah, later intervened and complained about the police officers to Liberia’s Inspector General of Police Patrick Sudue who according to Mr. Dodoo said, “I did not instruct any police officer to seize phones.”

After several interventions, the journalist’s phones were returned to him.

The FrontPage Africa Editor described the act as censorship.

“I feel it’s an intimidation, harassment and censorship of the media that must not be accepted. Everyone must condemn this,” said Dodoo.

By noon on Tuesday May 12, 2020 more than 20 armed officers of the Liberia National Police, the National Security Agency and others escorted Mr Menikpakeh Dumoe to his 16th Street residence to effect a “search and seizure” warrant from a court in Monrovia.

The Police had invited him for questioning following a post on Facebook, for which Police spokesman Moses Carter accused him of rallying citizens to take up arms against the government.

Mr Dumoe, a vocal critic of the Weah-led government and Acting Chairman of the political pressure group Council of Patriots, posted on Facebook: “We don’t need free bags of rice, I say we the poor people in Monrovia need AK-47s so our leaders can take us seriously.”

But Dumoe denied any wrong doing and insists that his statement as made was a metaphor that explains the suffering of the Liberian people under ex-soccer legend George Weah as president.

He vowed that he will never encourage anyone to take up arms against the government.

The Police have not made a statement after the “search and seizure it carried out on Mr. Dumoe’s residence”.

Dumoe was later seen handcuffed in the back of a police vehicle and taken back to the headquarters of the Liberia National Police in Central Monrovia.

The Executive Director of the Center for Media Studies and Peacebuilding Malcolm Joseph has categorically condemned the seizure of the mobile phones of journalist Lennart Dodoo.

He called on the Liberia National Police to launch an Immediate investigation and publicly discipline the officers that were directly linked to the harassment and seizure of the journalist’s phones.