The Media Foundation for West Africa (MFWA) welcomes the justice served by a court in Accra, Ghana, by jailing a phone repairer for sexual extortion, and hopes that the sentence serves its desired deterrent effect.

The Circuit Court presided over by Mrs. Sedinam Awo Balokah, on June 20, 2022, sentenced Solomon Doga, a repairer, to 14 years’ imprisonment after pronouncing him guilty of sexual extortion and non-consensual sharing of intimate images.

According to State Prosecutor, Chief Inspector Maxwell Lanyo, the victim is a Lebanese woman based in Accra who contracted the repairer’s services to unlock her phone. While unlocking the phone, the phone repairer illegally accessed the memory and downloaded the victim’s naked pictures.

Doga subsequently sent the pictures to the complainant and demanded money from her.

When the victim could bear the harassment no more, she blocked her stalker, the court heard. Doga then published the complainant’s naked pictures on social media platforms, Facebook and Messenger. According to the victim, she received several calls from work colleagues, friends, and relations inquiring about the pictures, thus causing her extreme embarrassment. The victim sought the services of an IT expert who tracked Doga leading to his arrest.

Based on these facts, the presiding judge convicted Doga on his plea and sentenced him to 12 years for sexual extortion and another two years for non-consensual sharing of intimate images.

The sentences are to run consecutively, meaning that the Doga will serve 14 years in jail.

“The targeting of women with technology-facilitated abuse is a phenomenon that is sadly gaining momentum in today’s tech-driven world. We condemn all forms of online body shaming and non-consensual sharing of intimate images. In this particular case, we are appalled that the perpetrator breached confidentiality by accessing the content of the phone without authorization and proceeding to attempt extortion,” observed Vivian Affoah, Programme Manager for Digital Rights at the MFWA.

Doga, thus, got a mild sentence on both counts.

The MFWA commends the court for the judgement and cautions the public against violating the online privacy of individuals, especially women. 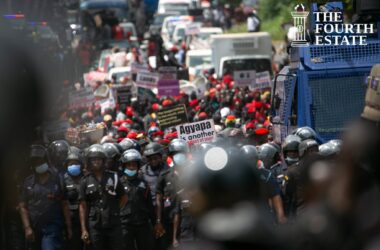