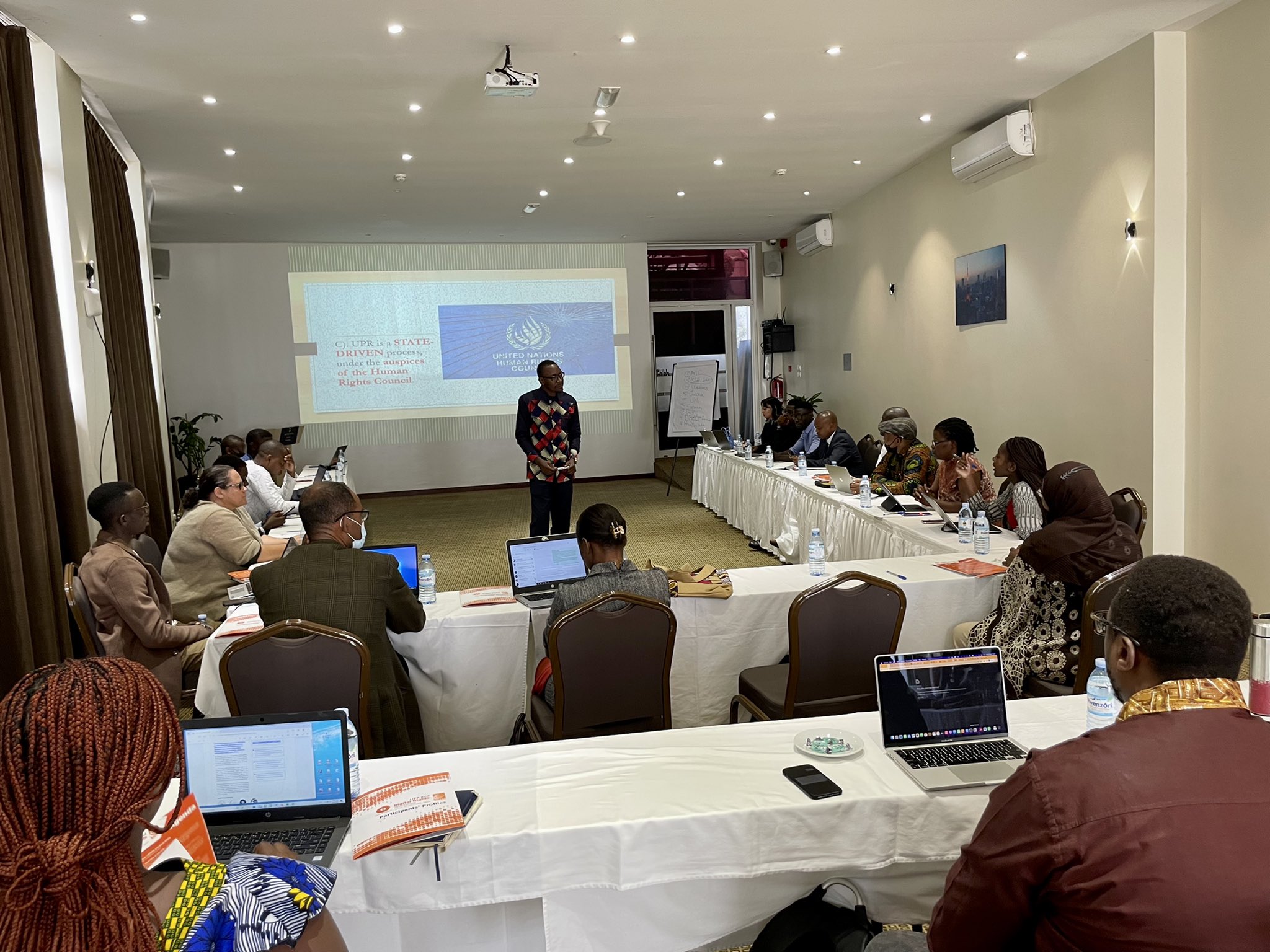 Since its establishment in 2006, the Universal Periodic Review (UPR) has provided a unique process for reviewing the human rights records of all United Nations (UN) Member States. Over the years, however, there has been limited participation by African civil society in the review process. In particular, there is limited work by African actors to promote internet freedom through this process.

Accordingly, since 2018, the Collaboration on International ICT Policy for East and Southern Africa (CIPESA), Small Media Foundation and a coalition of regional partners have been working to support civil society organisations across Africa to engage with the UPR process through capacity development in research and advocacy. The project has made up to 16 UPR submissions on digital rights in Africa with a focus on the Democratic Republic of Congo, Ethiopia, the Gambia, Kenya, Liberia, Malawi, Mozambique, Namibia, Nigeria, Rwanda, Senegal, Sierra Leone, South Sudan, Tanzania, Uganda and Zimbabwe.

To further concretise CIPESA and Small Media’s efforts, a survey was commissioned to gauge the awareness, engagement and existing capacities of stakeholders in relation to the UPR process and their development needs with regard to UPR advocacy, campaigning, and research. Conducted between July 2019 and December 2021, the survey recorded a total of 134 respondents from all 16 countries on which CIPESA, Small Media and partners made UPR submissions focused on digital rights. The respondents included activists, academics, diplomats, lawyers, journalists, government officials, development actors, and civil society organisations.

The survey found that there is limited participation by African civil society in the UPR process despite the review process providing a framework within which activists and human rights defenders can lobby and hold governments to account to promote internet freedom. The number of internet freedom-related submissions on Africa is still small though growing, which is a reflection of the low number of actors conducting internet freedom work and participating in UPR reviews.

While there is a relatively high level of awareness of the existence of the UPR process, partly the result of training efforts by various organisations in recent years, the level of knowledge about the process is limited. Similarly, the level of participation in the review is moderate, with only 27% having taken part in national consultations and one in four having participated in submission of stakeholder reports. It is also noteworthy that even for those processes that many respondents had participated in, such as stakeholder submissions, those efforts were often led by entities based outside the continent. Only one third of respondents had ever received UPR-related capacity development.

The survey findings indicate the need for skills and knowledge development in UPR engagement including advocacy and follow-up on recommendations; making stakeholder submissions; and participating in national consultations and review sessions. Further, it is crucial to capacite legacy human rights organisations to embrace digital rights work. Other skills development needs identified included data collection; analysis and report writing to feed into submissions; stakeholder engagement; and diplomacy and international negotiations.

Specifically on digital rights, skills building in understanding the legal and regulatory environment for the digital sector at national, regional and global levels, as well as coalition building strategies, and communications for advocacy, were identified. Other skills needed included digital security for human rights  defenders; knowledge of the full range of the UN Human Rights Mechanisms; and crafting human rights policy recommendations.

In line with the capacity gaps identified by the survey, CIPESA and Small Media convened CSOs, activists and human rights defenders from the 16 countries for a three days workshop on UPR advocacy and coalition building for digital rights. The workshop, which was held in Kampala, Uganda on March 20-22, 2022, featured sessions on local engagement and mobilisation, international and regional legal frameworks, researching digital rights and identifying policy issues, campaign and advocacy planning and impact communications, among others.

Speaking at the opening of the workshop, CIPESA’s Programme Manager Ashnah Kalemera stated that the training sought to capacitate organisations to more effectively leverage the UPR for advancing digital rights. “Increasing African-based organisations’ participation in the UPR, national level uptake and follow up on recommendations by governments requires growing skills and engendering collaboration among stakeholders,” said Kalemera.

The workshop builds on CIPESA’s multi-country efforts in building skills and knowledge in collaborative internet policy research, research methods, communicating research, and data-driven advocacy, among others, towards a free, open and secure internet in Africa.