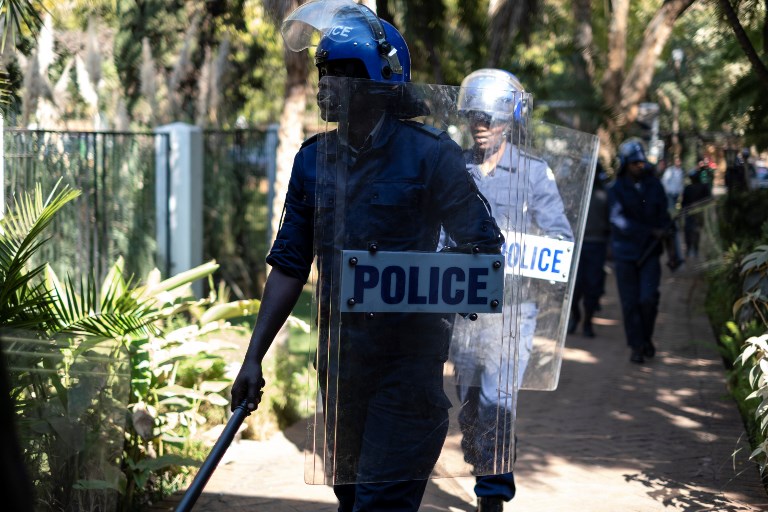 This statement was originally published on Zimbabwe.misa.org on June 7, 2019.

Nunurai Jena a correspondent with the Voice of America’s Studio 7 was on the morning of 7 June 2019 arrested and detained without charges for three hours by police in Kadoma in Zimbabwe’s Mashonaland West Province.

Jena was arrested when he was spotted taking pictures of a police roadblock mounted close to a polling station in Rimuka, a high density suburb in Kadoma.

On 8 June 2019, Rimuka residents go to the polls to elect a new ward councillor after the seat fell vacant earlier this year. According to Jena’s lawyer, Valentine Mutatu, Jena was taking pictures of the roadblock as part of his coverage of the pre-polling environment ahead of tomorrow’s by-election.

The police then questioned him on why he was taking pictures of the roadblock. He explained that he was a journalist working on the election story and duly presented his press card.

Police then took Jena to Rimuka Police Station where he was detained without charges for three hours. The police initially wanted to charge him for taking pictures without authority, only to realise that no such offence exists for doing that in places not specifically covered in terms of the Protected Places and Areas Act.

They then informed him of their intention to charge him for disorderly conduct. However, no formal charges were laid against Jena during the duration of his detention. He was only released after Mutatu arrived at the police station to investigate his arrest following the lawyer’s deployment by MISA Zimbabwe. Mutatu is a member of MISA Zimbabwe’s Media Lawyers Network. The network was set up to ensure rapid assistance to media practitioners who are unjustifiably arrested or detained in the course of their duties.

MISA Zimbabwe position
MISA Zimbabwe takes this opportunity to remind media practitioners on the importance of identifying themselves in situations of possible conflict or in instances where police are carrying out their work or have set up roadblocks.