AFIC presents the Shadow Report on the Status of Implementation of the Access to Information Act 2005 in Uganda. 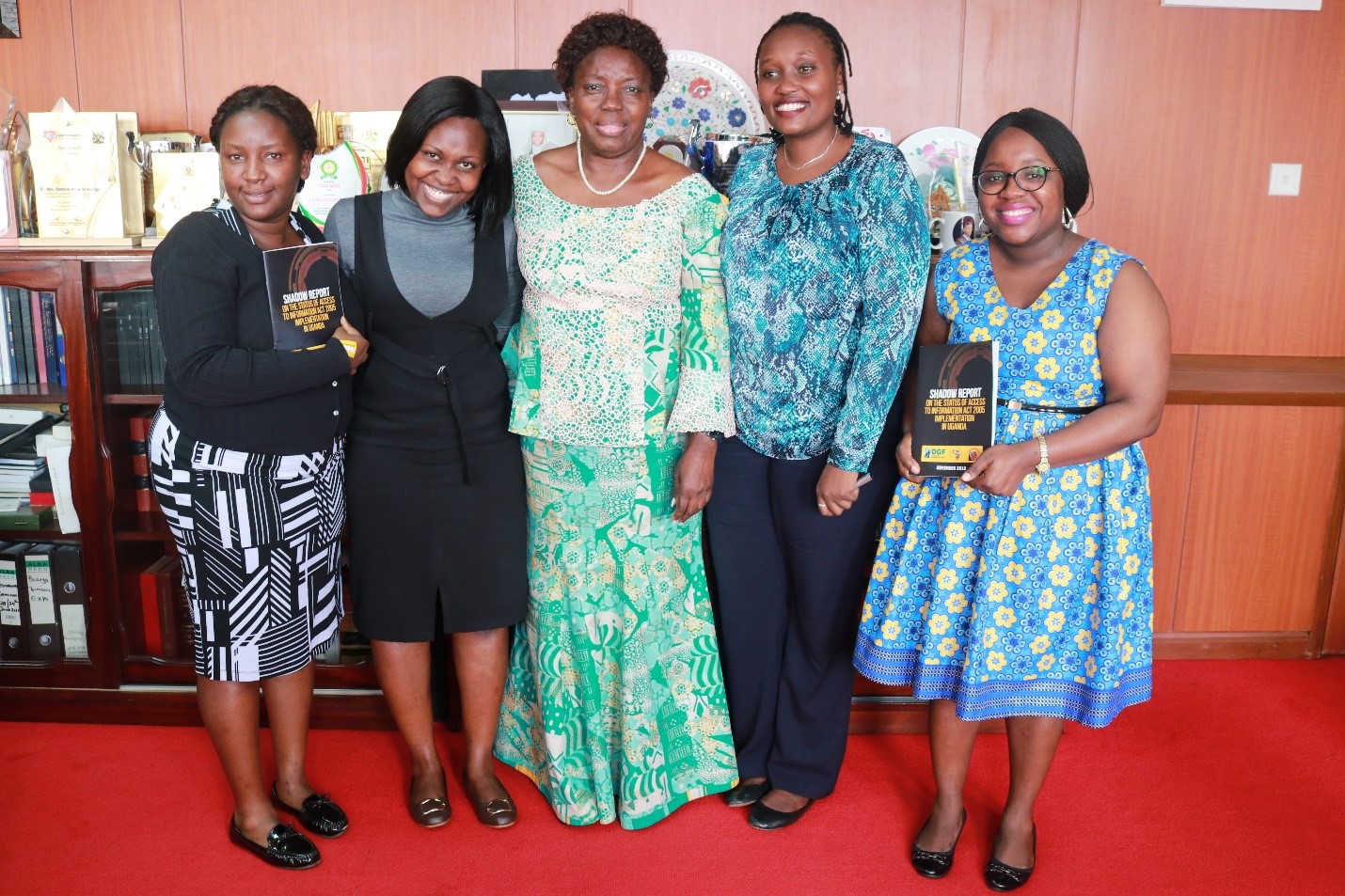 This statement was originally published on africafoicentre.org.

Today the 12th of December, 2019, Africa Freedom of Information Centre and Hub for Investigative Media presented a Shadow Report on the implementation of the Access to Information Act (ATIA) to Rt. Hon. Rebecca Kadaga, Speaker of the Parliament of Uganda.

Section 43 of ATI requires every minister to file annual reports to Parliament on the implementation of ATIA and where an individual request has been denied by any agency under the minister’s supervision to explain why.

The study carried out with support from the Democratic Governance Facility (DGF) highlights a consistent pattern of government ministries and agencies failing to comply with obligations to respond to information requests filed by citizens. It also notes that ministries and agencies have not put in place procedures and systems for the effective implementation of the Act. It also highlights challenges with enforcing the right through courts.

We raised our concerns about the government’s failure to implement the Access to Information Act.

The report notes Governments lack of implementation of recommendations of the African Commission on Human and People’s Rights in its concluding observations on the 5th periodic State report on the Republic of Uganda (2010-2012) that undermines the principle of African solutions for African problems.

We recommended the creation of a tribunal which will address citizen’s grievances. We also emphasized the need for Ministers to file reports in Parliament how they help citizens to access information. In subsection 2 of Section 43, it is also stated the annual report by the minister on requests for access to records and responses by the minister may be included in the annual policy statement of the ministry.

Rt. Hon. Kadaga was impressed to learn about the work of Africa Freedom of Information Centre and other civil society organizations in empowering citizens to exercise their right of access to information. She was particularly pleased to learn that in many communities, service delivery has improved following citizens demand for information from government agencies. She commended AFIC and Hub for Investigative Media for the findings presented and promised to interest the committee of Parliament on ICT to make follow up on the recommendations of the report.

AFIC commits to work with Parliament and other stakeholders to promote compliance with the Access to Information Act in the advancement of citizens right of access to information.